See the tables below for more information on some of our most popular summer offerings. The most up-to-date schedule can be searched on BuckeyeLink. If a course you are interested in is full, please add your name to the waitlist, as that will help us gauge interest and potentially expand our offerings.

MUSIC 2254: Video Game Music
Video game sound has come a long way from the bleeps and bloops of the 1980s. Themes to iconic titles such as Super Mario Bros. and Tetris are as widely known as any pop hit of the past three decades, entering our cultural imagination and becoming a new kind of folk music for the digital age. This course will encourage you to think critically about video games and the sounds that bring these virtual worlds to life.

RUSSIAN 3355.99: Vodka in Russian Society and Culture: Deconstructing Myths
Vodka in Russia is important to virtually all social functions, is used as a home remedy for ailments, and is a frequent theme of jokes, folk songs, films, and literature. It also has an important political history, having long been used by the Russian (and Soviet) state as a form of social control. This course explores Russian culture and history through its most famous drink.

History, Culture and the Arts

Get a jump start on a certificate

In preparation for 21st century demands for those working across sectors (including government, industry and nonprofit), the Diversity, Equity and Inclusion certificate is ideally positioned to prepare you as a thought leader and sharpen your skills to address emergent issues related to our increasing diversity. 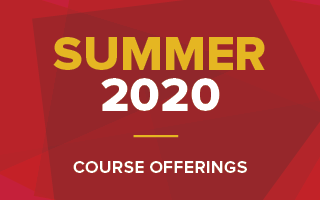