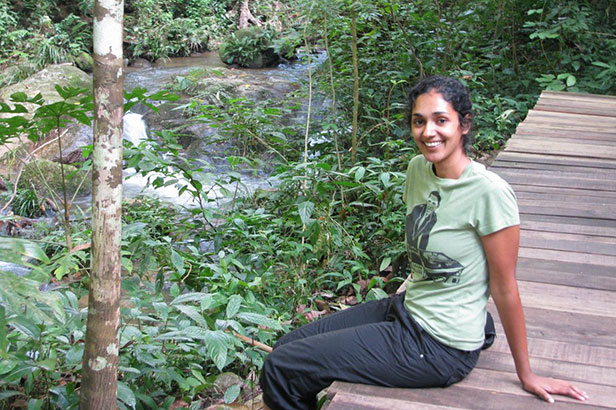 Created in 1943, The Ohio State University International Studies program is one of the oldest in the country. The program offers an undergraduate liberal arts education that is international and interdisciplinary in focus, promotes a deeper knowledge and understanding of other peoples and cultures, and fosters critical thinking, research, writing, and public speaking skills.

Joshua Gonzalez graduated in 2013 with majors in international studies and Spanish. While an undergraduate, Joshua was a member of the university’s Young Scholars Program, interned with an international online newspaper and was a mentor for the Office of Diversity and Inclusion. After graduation he taught English in Spain for a year. Joshua won a 2016 prestigious Rangel Fellowship which funds a two year master’s degree in international affairs.

Sabrina Hersi-Issa (2006) was chosen by Forbes magazine in 2012 as one of the “30 Under 30” professionals in the area of Law and Policy, “most impatient to change the world.”

Liam Birt (2011) is a Business Development Manager in New York City for IBISWorld, the world’s largest provider of industry-based research.

Maria Shikary, MD (2005) is a pediatric specialist at the University of California, San Francisco.

Noah M. Schottenstein, JD (2004) is an attorney for the U.S. Department of Justice.

Where Do Our Graduates Go?

The International Studies minor consists of 15 credit hours in one of nine specializations. Six have an area studies focus, while the other three are centered around contemporary world affairs. (INTSTD-MN)

The minor program in International Conflict and Peace Studies focuses on the theory and practice of peace studies on both a national and global scale. (CONFLPC – MN)

Information security is the study of the dynamic interaction between the nature of cyber threats to the security, integrity and availability of information and the diverse efforts that are made to counter them. (INFOSEC-MN)

The minor in Human Rights focuses on the theory and practice of human rights on both a national and global scale. (HUMNRTS-MN)

Globalization is the process of countries, through increasing contact, communication and trade, coming closer together to create a single global system in which developments in one part of the world can profoundly affect individuals or communities in other parts of it. (GLOBLST-MN)

The minor in Arabic consists of 13 -15 credit hours (depending on which language sequence students choose) of course work. Language and literature courses may require prerequisites. Please view Minor Sheet for details. (ARABIC-MN)