Home / About / Departments & Centers / Near Eastern and South Asian Languages and Cultures, Department of

Near Eastern and South Asian Languages and Cultures, Department of 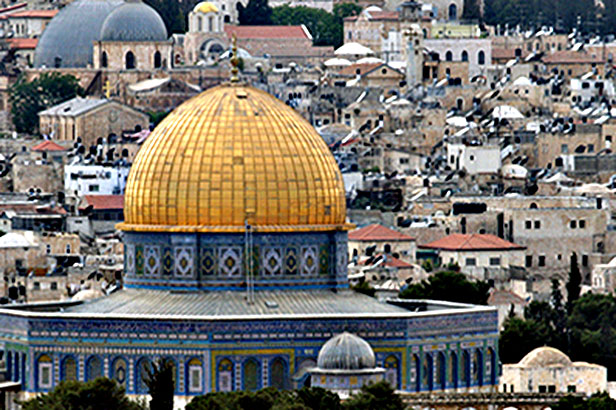 The cultures from this area of the world are very complicated. We teach them from the modern perspective, but always within a historical and cultural context and a consideration for their religious aspects.

Arabic and Hebrew majors prepare students for a variety of post-collegiate pursuits. These include specialized graduate study in Arabic, Hebrew, linguistics, Judaic studies and Near Eastern studies; careers in government, such as foreign service or translation; journalism, business or teaching.

MA and PhD in Near Eastern Languages and Cultures

A wide range of courses for non-majors includes:

NELC 2241 The Middle East Close-Up, Peoples, Cultures, Societies
The cultures of the contemporary Middle East, as lived in its villages, towns and cities

NELC 3204 The Middle East in the Media
Contemporary Middle Eastern cultures through critical evaluation of the media, which inform our understanding of international politics

NELC 3205 Women in the Muslim Middle East
Examination of the position of women in the contemporary Middle East; impact of regional environment on gender identity and gender bias studies in various Middle Eastern countries

NELC 3501 Introduction to Islam
Examination of Islam as a world religion, enabling an understanding of its major tenets and beliefs as they are envisioned by insiders and outsiders

Each year, NESA offers an intensive Arabic language program for both non-Ohio State and Ohio State students during the seven-week summer term.

The program provides students in graduate and professional programs the opportunity to complete two semesters’ worth of language training without interfering with their enrollment in seminars; provides students at other institutions access to Ohio State’s foreign language expertise; and offers Ohio State undergraduate students a chance to rapidly advance within the broader Arabic curriculum.

Arabic is the fifth-most spoken language in the world. It is one of six official U.N. languages. The U.S. Department of State considers Arabic a critical language. Hindi is the world’s fourth-most spoken language, with an estimated 310 million speakers; Persian and Turkish are both spoken by more than 60 million each. NESA languages are spoken natively by more than ten percent of the world’s population.

The minor in Turkish and Central Asia studies consists of 13-15 credit hours of course work as listed below, in addition to the prerequisites required. Up to six credit hours of overlap between the minor and the GE will be permitted. (TURKISH/CENTRAL ASIA-MN)

The minor in Persian consists of 13-15 credit hours of course work as listed below, in addition to prerequisites. Up to six hours of overlap between the minor and the GE will be permitted. (Persian-MN)

Islamic Studies allows students to combine relevant courses from a number of fields including history, history of art, philosophy, and others with work in Islamic languages and literatures. (ISLM-MN)

The minor in Arabic consists of 13 -15 credit hours (depending on which language sequence students choose) of course work. Language and literature courses may require prerequisites. Please view Minor Sheet for details. (ARABIC-MN)

Near Eastern Languages and Cultures

The MA program in the Department of Near Eastern Languages and Cultures (NELC) offers study in some of the world’s richest languages, literatures, and cultural traditions including Arabic, Hebrew, Persian, and Turkish, as well as a number of ancient Near Eastern languages, among them Aramaic, Biblical Hebrew, and Ugaritic. (MA, PhD)