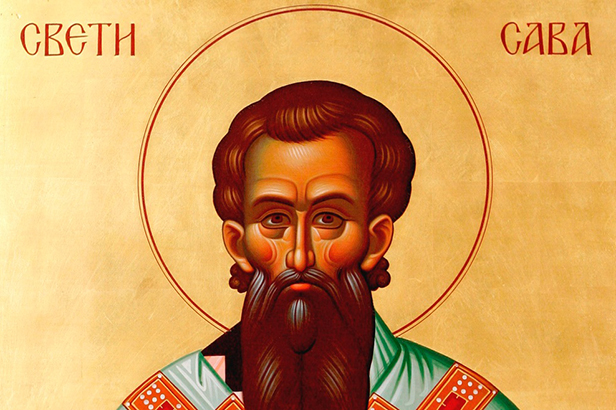 The Ohio State University Resource Center for Medieval Slavic Studies (RCMSS) fosters the study of medieval Slavic and medieval-heritage manuscripts and the resources of the Hilandar Research Library by sponsoring research and a variety of educational programs and publications including exhibitions, lectures, seminars, panel discussions, workshops, and conferences. It is the premier place in the world to study medieval Slavic manuscripts, and houses a collection of several million pages and 10,000 reference volumes of materials.

Ohio State is uniquely suited to enable and promote the academic teaching and research of medieval, renaissance,early modern, and related cultures in Europe and throughout the world. No other university has our particular combination of strengths and opportunities related to the past.

RCMSS promotes teaching, lectures, and workshops that reflect the rich heritage of the cultures that comprise the 1,000- year tradition of “Slavia Orthodoxa.”

RCMSS is largely funded through an endowment that defrays many research- related expenses, provides occasional research stipends, and promotes medieval Slavic at Ohio State and beyond.

Founded in 1984, RCMSS maintains particularly close ties with the Hilandar Research Library. Both units developed as an outgrowth of the original Hilandar Research Project, which functioned from 1969 to 1982. RCMSS is administered through the Department of Slavic and East European Languages and Cultures.

Medieval Slavic Summer Institute participants often come from different areas of specialization: e.g., Slavic literature, linguistics, history, art, religion, philosophy or music. In addition to daily lectures and frequent practical hands-on training exercises, participants are also divided into small groups of three or four. Each group is given an original Slavic manuscript and the task of describing it as part of each group’s final project. These projects include a detailed description of the manuscript as a physical object, as well as an analysis of the content, language and orthography of a given manuscript.

The HRL’s most often consulted collection is that of microfilms of the Slavic manuscripts in Hilandar Monastery on Mount Athos, Greece, which is inaccessible to female students and scholars. RCMSS promotes and enables access to these manuscript collections on microform in the HRL to scholars worldwide.

Since 1997, RCMSS has published a biannual newsletter, Cyrillic Manuscript Heritage, which promotes awareness of the activities, programs and research opportunities of RCMSS as well as the HRL.