EXPERIENCE THE ARTS AND SCIENCES VIRTUALLY

Connect with the college virtually by matching your many interests to our academic programs through our unique explore tool, registering to join us for a live academic overview, hearing from some of our students, skimming through our interactive brochures and exploring campus through our virtual map.
Take a [virtual] journey

No dream is too big and no adventure is too bold in the College of Arts and Sciences. Take the first step toward discovering your passion with us.

Take a class or two

Take a class or two

At the College of Arts and Sciences, if you can think of it, chances are we have a class (or six) that covers it, uncovers it and dives deeper into every facet of it, so you can show the world what’s possible.

The Arts and Sciences offers hundreds of courses that explore your interests in astronomy, theatre, sociology, history and everything in between. Our classes, created and developed by our renowned faculty, will tap into your passions and position you for success.

GEOG 3701: The Making of the Modern World

GEOG 3701 critically investigates the spatial formation and transformation of our modern world. By scrutinizing the forces and concepts of modernity, modernism, and modernization, we will examine what animates the modern world system in order to help students better understand the world we live in, and their place in it.

AFAMAST 2288: Bebop to Doowop to Hiphop – The Rythym and Blues Tradition

Examines the aesthetic and historical evolution of rhythm and blues (black music tradition including bebop, rock and roll and hiphop) that redefined American popular culture post-WWII.

ASTRO 1101: From Planets to the Cosmos

The goals of courses in this category are for students to understand the principles, theories, and methods of modern science, the relationship between science and technology, the implications of scientific discoveries, and the potential of science and technology to address problems of the contemporary world.

This course examines the relationships between language and culture in different societies with a view to shedding light on cross-cultural similarities and differences.

HISTORY 2680: It’s the End of the World!: Apocalypticism in Christianity, Judaism and Islam

This course will explore how the end of the world—generally understood to be preceded by enormous wars and disasters as well as the judgment of people and a reckoning of their deeds—was imagined over two millennia by Christians, Jews and Muslims.

Surveys dance forms from around the globe, offering insights into the religious, social, and political functions of dances in their historical and contemporary practices.

PHILOS 2340: The Future of Humanity

An exploration of philosophical and ethical issues concerning the future of humanity. Topics will include climate change, sustainability, population growth, automation and its implications for unemployment, human enhancement and transhumanism, space colonization, artificial intelligence and the risk of human extinction.

HISTART 4825: From Modernism to Manga: Modern and Contemporary Art in Japan

Explore the arts of Japan from 1868-present, covering a wide range of materials, including sculpture, performance art, photography, contemporary painting, and manga.

Survey of the behavior, morphology and conservation of living primates; particular emphasis given to field studies and the position of humans within the Order Primates.

General introduction to gemstones, including the origin of gems, identification techniques, and the history of important gems. Precious metals are also discussed.

Learn from the Best 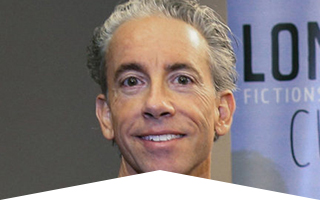 A widely-recognized and beloved professor, the heart of Aldama's scholarship and teaching lies within his multidisciplinary research on how we create and actively consume all variety of Latino and Latin American cultural phenomena, especially comics, film, videogames, music, sports and literature. 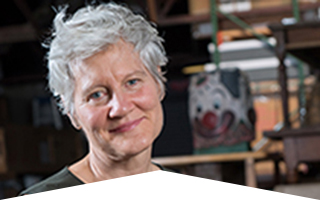 A 2015 recipient of the National Medal of the Arts, Hamilton is an accomplished and widely recognized artist, whose work and teaching focuses on art in reading, speaking and writing. 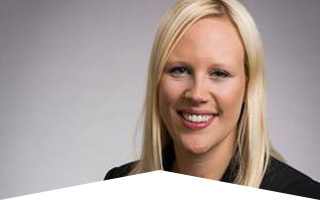 An avid supporter of undergraduate research, Nyseth Brehm teaches classes on conflict, global crime and terrorism in addition to serving as the director of Ohio State's genocide-focused study abroad program in Rwanda, which ran for the second time this past summer. 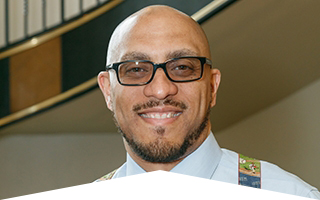 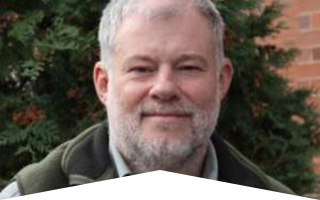 Gibbs, an evolutionary biologist, studies one of venom’s most notorious and lethal vessels: the snake. His research seeks to identify the evolutionary patterns underlying this variation, which will shed light on the intricacies of natural selection, as well as inform the development of effective antivenoms. 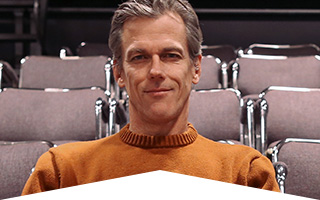 A working actor for more than twenty years in theatre, film and television, McClatchy directs and is actively involved in the Shakespeare and Autism program at Ohio State. 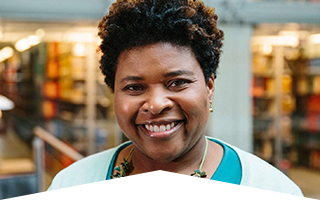 In addition to serving as the College of Arts and Sciences Associate Dean for Diversity, Equity and Inclusion, Smooth has a passion and focus for research and teaching about women's experiences in political institutions and the impact of public policies on women's lives. 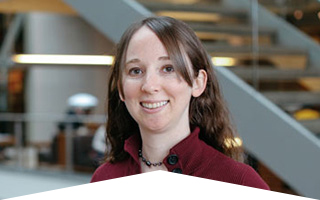 After serving as a NASA Hubble Fellow at the Harvard-Smithsonian Center for Astrophysics, Lopez joined the Ohio State faculty to pursue teaching and research focused on the birth and death of massive stars and how these processes affect the surrounding interstellar medium. 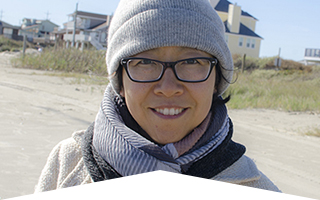 Swearingen worked in the film industry for over 10 years as a technical director of lighting at Pixar and DNA Productions before returning to Ohio State to pursue her passion for teaching. 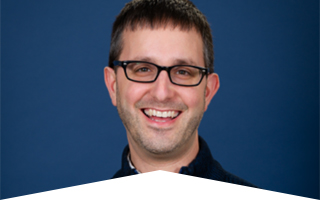 As co-director of the American Religious Sounds Project, Weiner leads a collaborative, multidisciplinary team comprised of researchers from Ohio State and Michigan State in documenting and interpreting the diversity of American religious life. 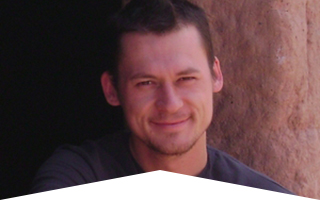 Hubbe's research falls within skeletal biology, where he investigates morphological adaptation and modern human dispersion as well as skeletal measures of health and lifestyle. His recent work reveals more about who the first Americans were and where and how they migrated.

The college champions creative scholarship and performance, and promotes an environment for students and faculty to inspire, discover and create on campus and beyond.

Andrea Grottoli, professor in the Department of Earth Sciences and fellow of the American Association for the Advancement of Science, is conducting some of the world’s leading research on what drives coral reef resilience amid rising sea temperatures and ocean acidification.

Dana Haynie, professor of sociology and director of the Criminal Justice Research Center, is fighting the opioid epidemic through her groundbreaking research on online criminal drug markets. Haynie and sociology PhD candidate Scott Duxbury are tracking and analyzing the social networks that sustain these markets, which have seen a significant growing demand for opioids. The team’s research suggests that new law enforcement strategies targeting vendor-buyer trust could be critical in curbing the growth of online drug trafficking.

Market forces are pushing for smaller and smaller devices, but magnetic information storage tends to become less efficient as it decreases in size. To meet the intensifying need for a solution, a team of researchers based at Ohio State’s Center for Emergent Materials has received a grant from the Defense Advanced Research Projects Agency (DARPA). With the award, the team will develop novel magnetic materials for high-performance information storage by unlocking the power of skyrmions, which are nanoscale spin textures with great promise for smaller magnetic storage that is still stable and efficient.

LabanLens is an augmented reality software that allows the Department of Dance to revolutionize the way faculty and students create and analyze dances in historical, contemporary, documentary and generative contexts. The dancer uses a drag-and-drop system to manipulate Labanotation symbols — a notation system for recording, describing and analyzing human movement — onto a vertical bar in an augmented reality realm. LabanLens’ benefits and applications range from research to creative, and the software will be available in limited capacities for use in the department this year.

An enthohistory of the ancient world

The Herodotos Project brings together faculty members from the Departments of Linguistics and Classics to develop an enthohistory of the ancient world. With the help of a National Endowment for the Humanities Digital Advancement Grant, researchers are creating a catalog of groups and individuals mentioned in ancient sources, focusing on the historical role played by those other than “great actors” (the important individuals, states or empires singled out in historic texts).

Connections Between Music and Health

Students and faculty in the School of Music are currently involved in research around music perception in autistic individuals and musical change in memory.

The Henry Luce Foundation has awarded another grant to support the American Religious Sounds Project, a collaborative, multidisciplinary project housed in the Center for the Study of Religion that documents religious expression in the U.S. The project will create a digital archive of religious sounds and an interactive website that will allow people to listen to clips from the collection. 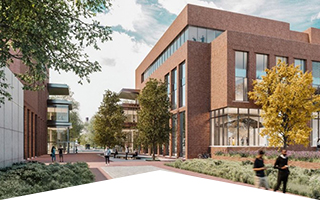 The Arts District, encompassing areas of campus between 15th and 18th Avenues, envisions high-quality, modern learning environments for interaction across arts disciplines. Included are new facilities for the School of Music and Department of Theatre, which will also feature a home for the new Moving-Image Production major. 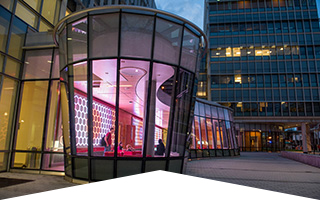 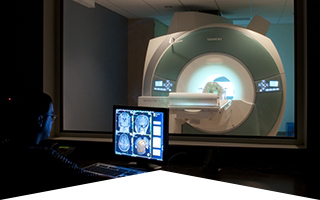 Established in 2011, CCBBI is one of only a handful of neuroimaging facilities in the country attached to an academic institution and dedicated to the study of brain mechanisms of individuals' cognitive capacity and subjective well-being, as well as dysfunctions of these brain mechanisms in normal aging and mental disorders. 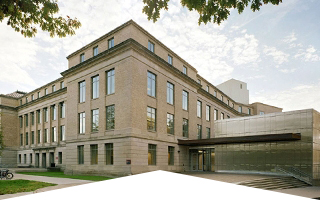 The main floor of Hagerty Hall is where you’ll find the World Media and Culture Center, a series of spaces dedicated to global media and training in cutting edge technologies. Facilities include an individualized instruction center; hypermedia studio, global gallery, videoconference center and digital collaborative classroom. 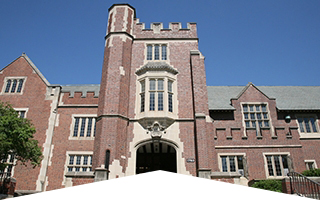 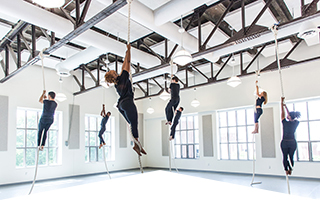 Sullivant Hall, a three-story Neoclassical Revival building that dates back to 1912, was completely reconstructed and refigured in a two-year project that included major core and shell infrastructure improvements, creating more visibility and better spaces for students. Today, Sullivant Hall brings together multiple arts units on campus, opening up new creative opportunities for students to work together in the visual and performing arts. 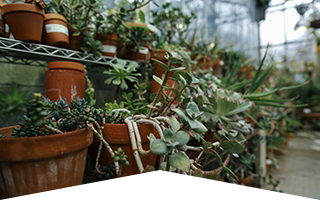 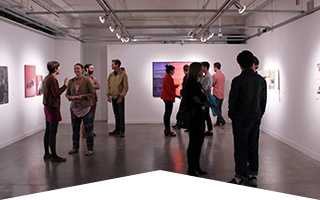 Urban Arts Space is an exhibition and non-traditional performance space located in the heart of downtown Columbus, between the Columbus Commons and the Scioto Mile. Founded in 2008, Urban Arts Space serves as an arts laboratory for local, national and international artists and as a professional launching pad for students.

Once the stuff of science fiction, today’s ultra-intense laser systems are the ultimate drivers of real science that take researchers places they could not dream of going before. 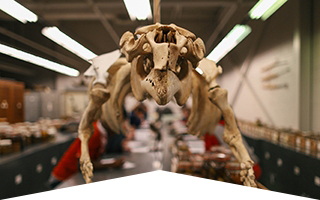 The Museum of Biological Diversity

The Museum of Biological Diversity (MBD) comprises the biological specimen collections at Ohio State (except fossils). Its primary mission is devoted to the preservation, documentation, scientific study, and interpretation of biological diversity and the training of the next generation of biodiversity scientists. The vast archive houses approximately 170 amphibian, 200 reptile, 2,000 bird and 250 mammal species.

Have an adventure along the way

Have an adventure along the way

The world is the classroom for Arts and Sciences students. From the mountains of New Zealand to the cobblestone streets of Paris, Buckeyes traverse the globe and expand their horizons. 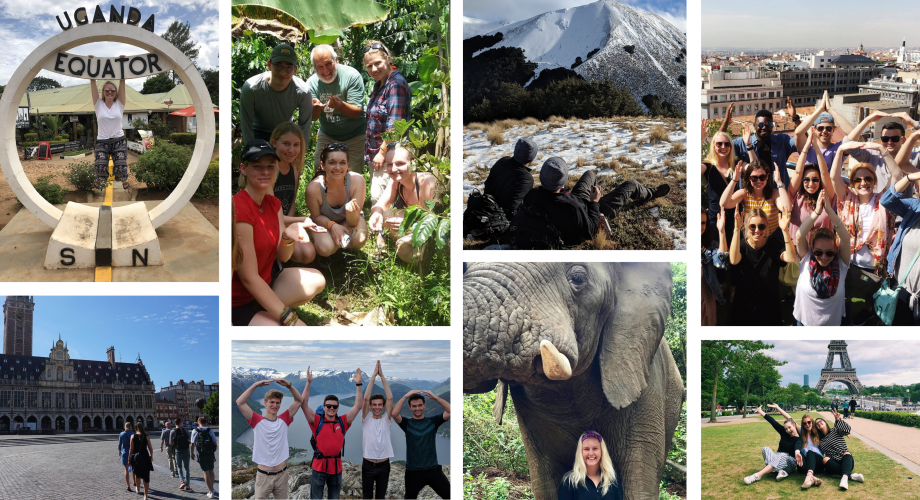 Set Yourself up for Success

As soon as you enroll in the College of Arts and Sciences, choose a few career communities to join through the Center for Career and Professional Success. Each community is based around an industry and will offer unique content. Regardless of your chosen major, you can explore multiple career communities and attend events across the industries — you’ll develop a great network for future opportunities and learn about the wonderful career paths available to arts and sciences students.

Impact on the career paths of our students 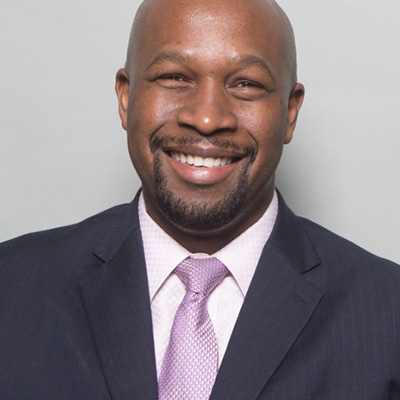 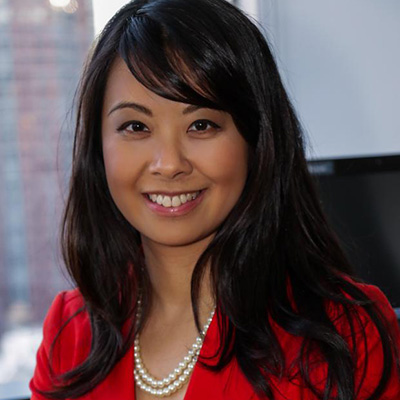 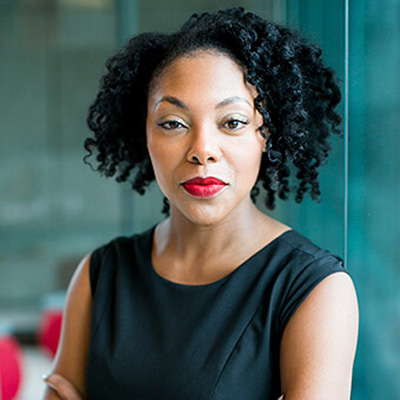 With more than 80 majors and 100 minors along with five Fortune 500 companies in our backyard, the College of Arts and Sciences makes it easy to combine interests, gain experience and customize journeys across academic disciplines.

Take the next step of your academic journey with us.