Mandarin (Standard) Chinese is the official language for over 1.3 billion people in China, with many speakers around the globe. China is the world’s most populous country and second largest economy. The Chinese major at Ohio State is offered by the Department of East Asian Languages and Literatures (DEALL), which is one of the largest programs of its kind in the United States.

Through innovative teaching approaches, Chinese majors acquire a strong and well-rounded foundation in Chinese language, culture, literature and linguistics. Students become conversant in many facets of Chinese humanities both past and present. Though Mandarin is the primary focus of the Chinese major, there are also courses in Cantonese and Classical Chinese. Besides language, strengths include early, pre-modern, and modern Chinese literature and culture, Chinese linguistics, and folk and popular culture.

DEALL offers exciting programs for studying Chinese in China during summer. In concert with the OSU China Gateway, DEALL also offers a unique cultural program with Southwest University for Nationalities in Chengdu, one of China’s largest ethnic minority universities.

For more information visit the Department of East Asian Languages and Literatures website or view the university's major curriculum sheet.

Request more information about this major

The program has a graduate student population that ranges between seventy and eighty students, making the program one of the largest in the continental United States. Graduate students can pursue both the MA and PhD in Chinese or Japanese, focusing on literature, linguistics, or language pedagogy as a field of specialization. (MA, PhD)

The Chinese program is one of the top ranked language pedagogy programs in the nation. Alumni of the undergraduate Chinese program serve in a wide range of industry, including marketing, banking, engineering, trade and education. A number of alumni also pursue careers in federal agencies. 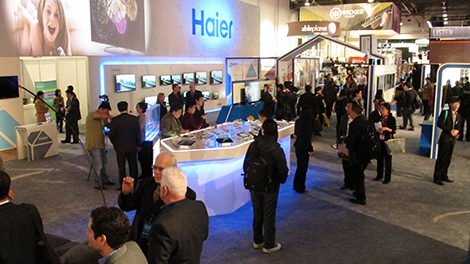 Students studying Chinese progress from an elementary working knowledge of the language to oral and written fluency. Once students are familiar with basic patterns of pronunciation and language structure, they are introduced gradually to the unique writing system of the language. The rich body of Chinese literature is first studied in English translation; as students progress in the major and develop their language skills, they continue their readings in Chinese.

Chinese is applicable in a variety of settings in the United States and abroad. Mastery of Chinese allows students to consider careers in such fields as education, government, international trade, banking, print or electronic media, tourism, or art. Many employers are eager to hire graduates who are fluent in Chinese because their businesses interact with Chinese speakers. Careers in which Chinese is the primary emphasis include teaching Chinese at all levels; interpreting and translating for the United Nations, government, or for private and public organizations; and a variety of positions in the travel and tourism industry at home or abroad.

Chinese institutions, philosophical trends, religion, literature, and visual and performing arts prior to the 20th century.

Techniques of writing Chinese characters with a brush; practice in different styles from oracle bone to grass; introduction to its importance in the Chinese culture, and its relationship with Chinese philosophy, poetry, and painting.

An overview of Chinese cinema, with a focus on how film represents issues of nationhood, national identity, and national trauma. Taught in English, no Chinese required.

The Ohio State Global May Study Abroad program in China will enable students to experience a diverse and dynamic mix of ethnic, rural and urban cultures in the historic and geographically varied region of southwest China. Students will gain first-hand insight into the diversity of China and how specific local cultures are affected by rapid social and environmental change. Experiential observations, including lectures, discussions and field experience, will enrich the program. Students will gain practical experience and awareness of the multi-cultural nature of China and the many issues surrounding its diversity from the stance of folklore and the environment.

ARE YOU READY FOR THE NEXT STEP?