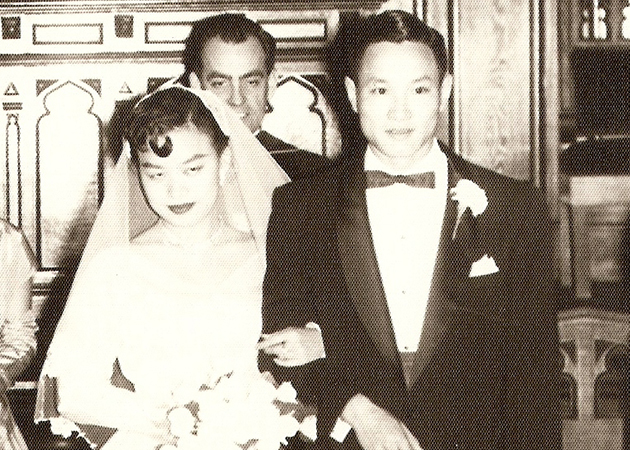 Chen Ya Liu and Siuha Anita Go on their wedding day in New York City, 1956. Their children established a professional writing scholarship in their honor.

When Ohio State alumni give back, many want their contributions to reflect the values and skills they learned during their time on campus. The Liu siblings — Leo (BA, humanities, 1978), Ursula (BS, international studies, 1985) and Isabel (BA, economics, 1979) — wanted to honor their parents, the people who instilled in them high values for education.

“Both of our parents came from very poor countries and, through education, achieved professional success and personal happiness in raising our family,” said Isabel. “They set very high standards for us, not only for education, but also for achieving excellence through hard work. They were pioneers in many ways, which I only appreciated later in life.”

The Liu siblings established the Chen Ya and Siuha Anita Liu Fund for Professional Writing, an annual award for an undergraduate student majoring in a science, technology or engineering field and minoring in professional writing. The writing aspect is an homage to their parents’ high regard for well-written work.

“In (our father’s) own career as an engineer originally from China, he knew how important communication is for scientists,” said Leo. “So, my sisters and I thought, ‘Why not create a scholarship to further this sort of interdisciplinary education?’ The more we talked about it, the more we felt that such a scholarship should honor our mother, as well as our father. She wrote and published several stories while she was still in high school.”

Chen Ya and Anita Liu met as graduate engineering students at New York University in the 1950s. Through hard work, they were both able to earn their degrees and professional qualifications, becoming pioneers in their respective fields.

“My mom and dad both emigrated to New York City to pursue graduate studies in engineering,” Leo said. “It’s difficult to convey the number of obstacles they had to overcome to get to America, including a complete lack of family and financial support, and political and social barriers of their time and place.”

Through their endowment, the Lius hope to eliminate as many barriers as possible for others, opening up the possibility for professional writing education to as many students as possible.

“College is a significant financial burden,” Isabel said. “The purpose of the skills gained in the professional writing program is to help students learn to communicate across boundaries — to effectively communicate technical content. The more the program can be open to students from a broad range of backgrounds, the better.”

“I, like many other children of immigrants, am completely humbled by our parents’ perseverance and ability to succeed against the odds,” Leo said. “My sisters and I believe that it’s very fitting to name the scholarship in their honor.”

The endowment was approved by the Board of Trustees in summer 2017 and will be available to students starting in fall 2018.

Halima Mohamed, a fourth-year psychology major, will be the first student to receive an award in autumn 2018. Mohamed said that the endowment will enable her to incorporate her passion for writing with her desire to improve her professional writing abilities.

“I feel extremely lucky to receive the endowment. It will help me further succeed at Ohio State because it will allow me to better focus my time into my studies,” said Mohamed. 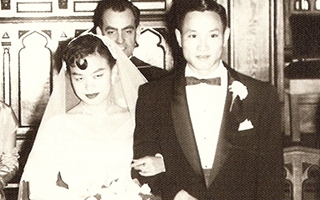