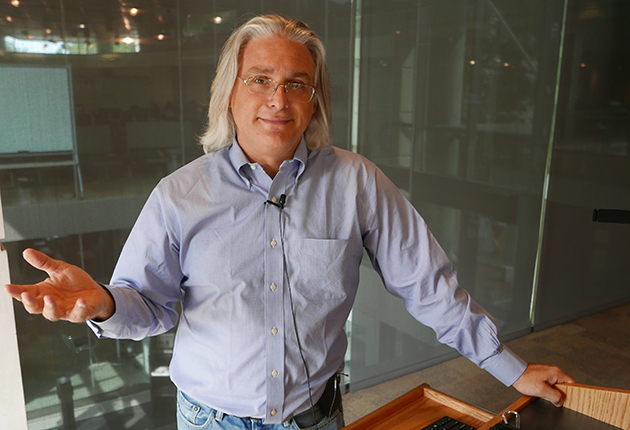 Jack Emmert (MA, 1997) designs smash-hit video games like City of Heroes, City of Villains and Star Trek Online — and he says his background in classics and the humanities has greatly contributed to his career success.

“Designing characters that resonate with players and telling stories about the hero’s journey is a direct application of my classics background,” said Emmert. “Designing a good character is an intellectual endeavor, and the lessons we learned in classics are still applicable today.”

Emmert, who earned a master’s degree in Greek and Latin at Ohio State in addition to completing doctoral coursework, credits his studies in Greek mythology for helping to create the “immersive worlds” and superhero characters that make his games so popular.

Aside from lessons from literature and characters that have stood the test of time, Emmert says classics students’ ability to absorb large amounts of information and memorize ancient languages provides a unique competitive advantage in his line of work.

“You have to be very analytical in studying classics, and that skill is incredibly useful when you start coding and programming computer games,” he said. “You learn to analyze data every day in classics, and you analyze data every day in the gaming industry. You learn Greek and Latin through memorization; they’re not conversational. Programming languages work the same way and are a direct application of my classics background.”

In recognition of his firsthand appreciation for classics at Ohio State, he established the Jack Emmert Fund in Ancient Greek and Roman Myth and Religion, which will support the Emmert Colloquium on the Teaching of Myth, to be held in April 2019. The colloquium will examine the best methods for teaching ancient Greek myths on the college level, with an eye toward using the best contemporary technological advances and making myths come to life for today’s college students.

In the early 2000s, Emmert helped launch Cryptic Studios, a video game development company later acquired by Atari. At Cryptic Studios, he served as designer, lead designer, creative director, chief creative officer, COO, CEO and chair of its board. In May 2016, Emmert joined Daybreak Game Company (formerly Daybreak Studios) as CEO of its Austin studio. Currently, he oversees Daybreak’s Austin, San Diego and Boston studios as head of all games — including DC Universe Online, a massive multiplayer online game set in the world of DC Comics heroes and villains.

“On any given day, there are a million players for my games,” he said. “The video game industry is bigger than Hollywood, with a bigger impact than any film.” 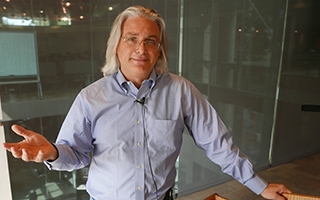