African American and African Studies at 50

Celebrating a rich history of excellence in research, outreach and engagement 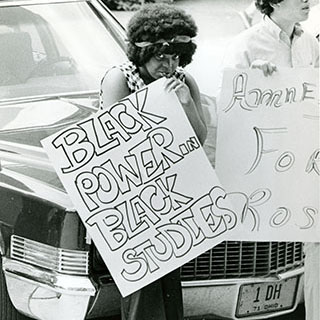 Institutionalized in 1969, the Department of African American and African Studies (AAAS) was one of the first departments in the nation to emerge out of the social movements and protests of the civil rights and post-colonial era in the Americas and Africa. AAAS is an interdisciplinary department whose faculty research and teaching span the humanities, arts, social sciences, behavioral sciences, public policy and law, and do so both locally and globally.

In addition to being one of the nation’s pioneer black studies programs to receive departmental status in the academy, AAAS is the home of the first global black studies master’s program in the world, producing excellent scholars who have gone on to earn doctorates and are now professors at institutions such as Washington University; Michigan State University; Dartmouth College; University of Illinois at Chicago; Clark University; Ohio University; University of California, Santa Barbara; Morgan State University; and The Ohio State University. Many graduates have taken up the discipline’s commitment to social responsibility and justice by working for state and federal agencies as well as nonprofits such as the King Arts Complex, the city of Columbus’ My Brother’s Keeper initiative, federal HIV task forces, the American Kidney Fund and other humanitarian organizations and causes. Other graduates are making impacts in K-12 education, public media, technology, the arts and entrepreneurial endeavors. The department is continuing this legacy of producing an engaged citizenry with its relatively new doctoral program launched in 2012 that graduated and placed four of its five graduates in academic positions in 2018 and 2019, with the fifth finding work in a nonacademic setting.

AAAS has been heavily involved in the Arts and Humanities Discovery Theme, with one of the pilot projects — Transnational Black Citizenship (TBC) — housed in the department. TBC was composed of a group of scholars from the Colleges of Arts and Sciences, Education and Human Ecology, Public Health and the Wexner Medical Center who worked collectively to consider how knowledge can be produced in ways that conjoin blackness with humanness in both the academy and society, interrogating what it means to be human, who is allowed to belong, under what circumstances are they granted belonging and whether membership has limitations.

A true gem of both AAAS and Ohio State is the department’s Community Extension Center (CEC). Like the department, the CEC was birthed out of demands for inclusion and representation. Housed in a 7,000-square-foot building on Mount Vernon Avenue in the historic King-Lincoln District on Columbus’ near-eastside, the CEC is a space for community programming and engaged scholarship, hosting lectures, workshops, symposia and academic and community education courses. The CEC is always looking to expand its partnerships and collaborations within and outside of Ohio State.

In September, AAAS celebrated a half century of research, outreach and historic impact by welcoming back notable alumni for a series of public panel discussions, symposia and talks for the weekend-long program “This is Us: African American and African Studies at 50 Years.”

It was a way to honor “what and who the department has produced and their impact,” said Simone Drake.

Guests included Larry Williamson, Director of the Hale Black Cultural Center; Aya Fubara Eneli, CEO Aya Eneli International; poet and professor Lupenga Mphande and Melanie Paris of the American Kidney Fund among many others. They addressed topics such as the history of Black Studies at Ohio State, activism, the role of community engagement and the cultural impact of the program.

As befitting the department’s interdisciplinary focus, the celebrations united several other campus organizations, including a talk at Thompson Library with AAAS librarian Leta Hendricks and Damon Jaggers, vice provost and director of University Libraries, and a film screening at the Wexner Center for the Arts with Ina Archer, media conservation and digitization assistant at the Smithsonian National Museum of African American History and Culture.

While the celebration honored the rich legacy of the department, it also looked toward the future. Drake says that with more and more doctoral programs popping up in African American and African diaspora studies, the goal will be to hire and recruit more of those graduates to continue to build pathways to new scholarship, research and engagement. 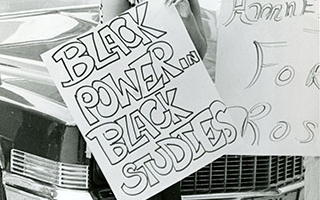