Angela Brintlinger, professor of Slavic and East European languages and cultures, and alumnus Tom Feerick ’10, ’16 are bringing a beloved staple of Russian culinary culture to a new audience. The pair recently published the first English translation of the 1987 book Russian Cuisine in Exile through Academic Studies Press.

First released as a series of essays by Pyotr Vail and Alexander Genis, the book was written for Soviet émigrés, who found themselves in the U.S. feeling critical of American food and longing for delicacies from back home.

“It’s hard as an émigré, especially as a refugee, to criticize the host culture. Yet, the authors recognized the problems with American fast food, for example,” Brintlinger explained.

The essays poke fun at American culinary culture while also providing instruction on how to re-create homecooked dishes like borscht, a traditional beet soup, or sharlotka, a sweet pastry filled with fruit or custard.

“There’s this wonderful line in the book: ‘Divorce is much less frequent in families that eat soup,’” Brintlinger said. “What they’re saying is that it takes time and energy to prepare a soup, and then you eat that soup together, as a family. That’s the kind of culinary experience that goes beyond nutrition. It’s about culture.”

Cooking up the project

When a publisher approached Brintlinger to develop the popular cookbook for an English-speaking audience, she knew she wanted to do the project in conjunction with a student.

Brintlinger had taught Feerick’s capstone class for the Russian major and recognized his talent for translation immediately. When she reached out to collaborate with him on the project, he was surprised.

“I thought I’d have to beg her to join the project,” Feerick recalled. “Her inviting me first showed a surprising level of trust and generosity.”

That’s the kind of culinary experience that goes beyond nutrition. It’s about culture."

Brintlinger says it’s thanks to the department’s close-knit environment that such faculty-undergraduate collaborations are possible.

“One of the things I like about our curriculum is that, even though we’re such a big university, in the Slavic department we manage to be what I call ‘high touch,’” Brintlinger explained. “We really know our students, and it was clear to me that Tom had a real talent.”

The two developed a strong partnership, which, according to Brintlinger, was precisely because of their differing levels of experience with the material and different approaches to humor.

“It’s a much stronger book because we were able to work together and push each other and question each other,” Brintlinger said. “I’ve been studying Russian culture for so long, I don’t always see the things that are hard for Americans to understand, so it was really helpful to have Tom point out to me some of the things that needed more explanation.” 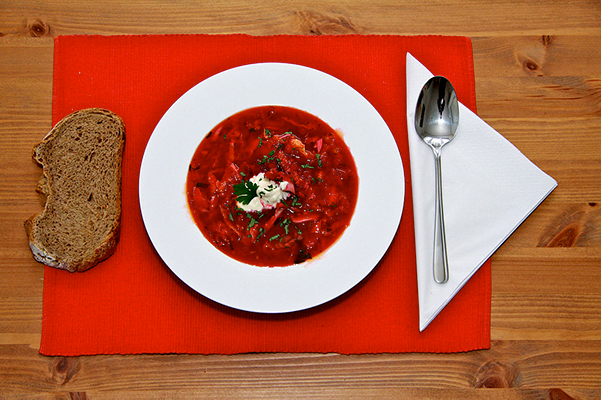 More than just a direct translation, the book was a labor of love for the pair of translators. Feerick and Brintlinger sought to breathe new life into this crucial work of Russian émigré literature and ensure that the book’s utility and cultural significance weren’t lost along the way.

“We wanted this to be as true as possible to the authors, and also open out their audience,” Brintlinger said. “But we still wanted it to be something that people can actually bring into their kitchens.”

The team’s biggest challenge was translating the text’s humor for a present-day, English-speaking audience. One way that Brintlinger and Feerick showcased the book’s layers was through the use of humorous footnotes that pepper the book’s pages.

“One of the difficulties about Russian literature is that it is highly intertextual,” Brintlinger explained. “And especially any kind of Soviet-era émigré literature, there’s so much humor and irony built into it. You miss it if you don’t have the background.”

Adds Feerick: “Some of the trickier puns were in the chapter titles, but the challenge was the best part of the process for me. For example, we had to come up with a short English phrase that captures the multiplicity of meanings Vail and Genis managed to pack into a couple of words.”

A new generation of hungry fans

So far, the response to the book has been overwhelmingly positive. One of the book’s original authors, Alexander Genis, is a big fan himself. According to Brintlinger, the author and his friends have been buying up copies of the book to show to their English-speaking neighbors. 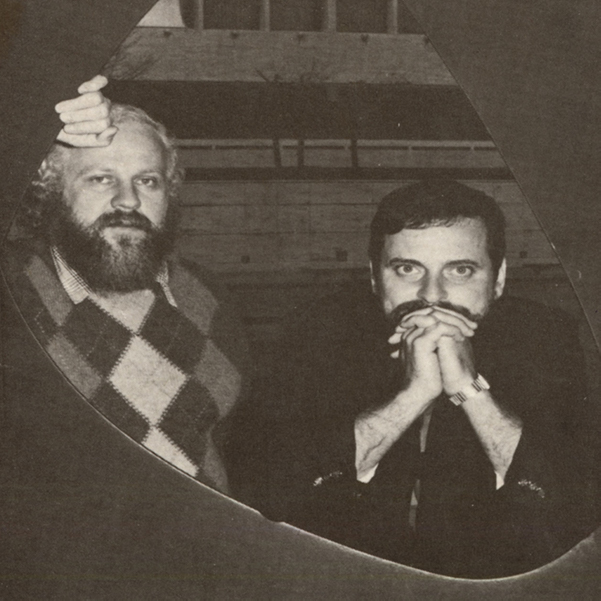 Pyotr Vail and Alexander Genis first released Russian Cuisine in Exile as a series of essays in the mid-1980s.

Brintlinger also hopes the book helps younger generations feel more connected to their family’s history. “In the department, we see a lot of students who want to have access to that culture that their parents and grandparents know well,” Brintlinger said. “There’s such a large Russian diaspora in the United States, and their children maybe only know a little bit about Russian culture.”

After completing the book, Feerick was able to apply to graduate schools with one publication already under his belt. Not only did this make him a more attractive candidate, it also prepared him for the rigorous work of graduate school.

“Forging such an intimate relationship with a great text really helped me engage with materials on a deeper level,” Feerick explained. “I also owe a lot to our program at Ohio State. The variety of courses in language, linguistics, history, culture and literature afforded me a broad base of knowledge from which I can pursue my more specific goals in graduate school.”

Brintlinger is also grateful for Feerick’s partnership and reiterated that the environment of the Department of Slavic and East European Languages and Cultures is what made it all possible. “I probably would not have done this work without Tom,” she said. “To have these courses, where we really get to see and know the students and encourage them, that to me is such a win-win.”

Chapter 1: The Clay Pot – A Repository of Tradition

If you like to eat, if you feel a natural nostalgia for the culinary relics of the homeland you left behind, if its traditions are dear to you – buy a clay pot. A capacious glazed clay pot with a tightly fitting lid – now that’s a thing worth having! All of Russian cuisine comes out of it, the way that all Russian writers came out from under Gogol’s overcoat.

Technological progress has led to the invention of aluminum pots. But your life will be even better if you acquire this simple object, a gift from your ancient kin, who knew that the thick walls of a clay pot heat up slowly and evenly.

In the clay pot food does not boil, but rather stews. It retains all its vitamins, proteins, or whatever. (A normal person shouldn’t worry about this. One doesn’t thrive on vitamins, but on meat, fish, and vegetables.)

The main thing, of course, is taste. Food prepared in a clay pot acquires that delicacy, that refined quality and nobility of spirit which are characteristic of the highest achievements of ancient Russian cuisine.

Let’s take, for example, a 3-pound piece of beef. We’ll chop 2 large onions very finely and scatter them on the bottom of the pot. Then we lay the meat on top in one large piece, add peppercorns and a bay leaf, and put the pot into the oven on medium. Under no circumstances add water or salt. The pot will do all the work itself, and after 2 ½ - 3 hours you will have a tender meat dish, swimming in a mixture of onion and meat juices. In the meantime you can prepare your sauce.

Fry some flour on a dry frying pan until it begins to smell of nuts (and it will, don’t worry), then add 2 cups of sour cream to the flour. When it comes together, add 3 tablespoons of Dijon (if there isn’t any Russian) mustard. Now you need to season the sauce with ginger and marjoram, add some garlic, and pour the sauce onto the meat. Then lightly season the dish. Another 1/2 hour in a warm oven, and you will have Merchant’s Roast, the pride of the restaurant Slavic Bazaar.

The meat will be so tender, well-spiced, and aromatic that it will simply fall off the bone. Add buckwheat kasha as a side dish, and you can invite your boss to a dinner à la russe.

You can prepare chicken or rabbit in the clay pot in the same way. And you can also cook a fish fillet in it; pour over top a mixture of milk and eggs, sprinkle generously with dill (1/2 cup) and in a half an hour serve the fish – tender as a young bride. Cooking in the clay pot is very simple, because after you add the ingredients you don’t have to do anything else. The only problem is buying the pot. It’s easiest to find one in stores that stock goods for people from Africa and the Caribbean Islands. In those underdeveloped countries, clay pots are normal and indispensable. One more thing – never put your clay pot on an open flame. It doesn’t like that and will crack. 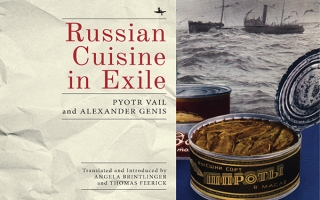