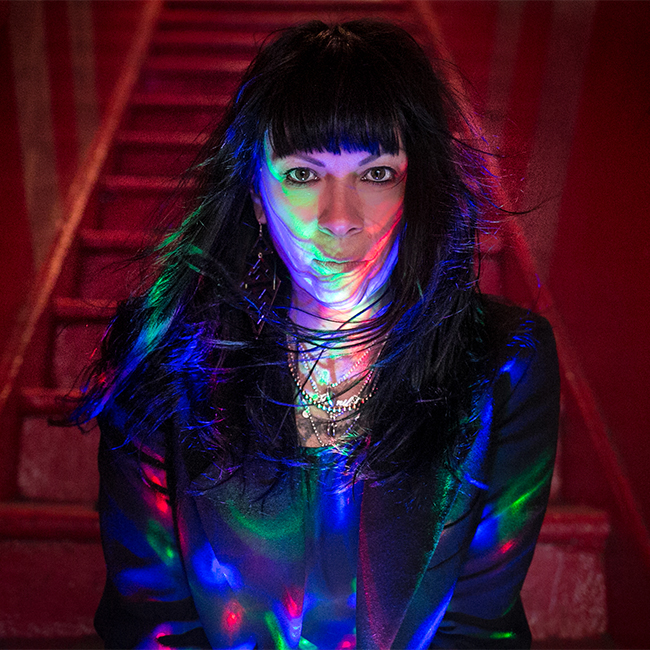 On the surface, "Knives and Skin" is a bold, dark and unexpected teen drama packed with curious characters and unique artistic details. Bubbling below the film’s dreamlike demeanor — shaped by subtle magenta lighting and a haunting synth soundtrack — are piercing portrayals of grief, teenage girlhood, consent and the coming-of-age process.

"Knives and Skin," written and directed by Department of Art alumna Jennifer Reeder ’94, premiered at the Berlin International Film Festival in early 2019 and made its first appearance in North America in late April at the Tribeca Film Festival alongside works by Jared Leto and Christoph Waltz, and was recently picked up by IFC Midnight for distribution.

The movie offers a stark and eccentric look into a small Midwestern town following the disappearance of a high school girl, Carolyn Harper (Raven Whitley). The plot focuses on Carolyn’s mother, three of Carolyn’s classmates and their families.

“I wanted to take a feminist approach on the dead teen girl because that’s a trope of so many horror films,” said Reeder, whose award-winning short films include "Blood Below the Skin" and "A Million Miles Away," which screened at the 2015 Sundance Film Festival.

Although Carolyn is presumed dead at the beginning of the movie — after her sports-star boyfriend leaves her injured at a remote lake in the dark without her glasses — her character remains a central figure of the film. “[The film] gives this idea that Carolyn’s body is moving from one place to another — it’s like she’s a zombie and a ghost at the same time. And then there are objects, like her glasses, that still carry her spirit,” Reeder explained. “She refuses to disappear, and her spirit is continually willing itself back into the lives of the living people.”

Amid suggestions of supernaturality, Reeder delves into the intimate world of grief without hesitation through the character of Lisa Harper (Marika Engelhardt), Carolyn’s mom and the high school choir teacher. From chilling trances to psychotic breakdowns to whimsical moments of relief, Lisa’s grief for the loss of her daughter permeates "Knives and Skin" in its entirety.

“We live in a culture that expects people to grieve in a very specific way, but I truly believe that grief is extremely personal and very idiosyncratic, and I wanted to portray a grieving mother in a way that is perhaps really unexpected,” Reeder said.

With substance abuse, deception and infidelity, other adults in the town also appear more chaotic than Carolyn’s classmates, who must battle both the loss of their friend as well as the circumstances brought on by the unhinged adults around them.

Whether it’s discovering a sexual identity, speaking out against a shady teacher or just saying yes to an unforeseen prom date, Carolyn’s peers have multiple “coming-of-age” moments that build upon the themes of feminism and consent woven throughout the film.

“A lot of mainstream media, perhaps even experimental media, don’t always portray the experiences of women and girls very authentically,” Reeder said. “I really wanted to suggest that, for teenage girls in particular — and this was very much my experience as a teenager — you are just trying to survive your life every day.”

She also made a point to feature a diverse cast — something she mentioned is noticeably lacking in most small-town horrors or thrillers.

“There are people of color, and Muslim people and Latinx people — I could go on and on — in small towns all over the country. I wanted to portray what I feel like is an actual authentic small town,” Reeder said.

Her strong hold in the art world — she has an MFA from the School of the Art Institute of Chicago and is currently an associate professor of moving image at the University of Illinois at Chicago — comes through in the set and costume design of "Knives and Skin."

“Reeder’s film is overflowing with detail. The bedrooms where these teenage girls live and dream are festooned with fairy lights and glittering fabrics, their memories and hopes pinned to their walls,” wrote film reviewer Jamie Dunn.

Reeder said she enjoys portraying the world of the teenager — and often does in her shorts — because it lets her flex her “art-direction muscle” and experiment with characters, makeup and clothing. She said the title "Knives and Skin" reflects objects that can be dangerous or threatening, but also practical — echoing the film’s message that real horror is often experienced in everyday events.

Charlotte, played by Ireon Roach, after football players cause her to trip in the hallway.

As far as setting goes, “I always write stories thinking about Ohio,” Reeder said. “When I drive between [Chicago] and Columbus, the landscape of the Midwest — the sort of remarkable/unremarkableness of it — is not lost on me. I’m just totally obsessed.”

Reeder is thankful for the mentorship she received in the Department of Art at Ohio State, specifically from art professor Carmel Buckley.

“The department was small enough in terms of faculty-tostudent ratio that I really felt I had mentors, which to me is deeply important for undergrad students,” she said, adding that this dynamic plus a student-employment gig at the Wexner Center for the Arts gave her a real understanding of what it meant to be a professional filmmaker. “They weren’t just telling me, ‘You should study film,’ … they were saying, ‘You can stay on this path and make a living and have a fulfilling, creative life.’”

The Wexner Center for the Arts has continued to support Reeder through several Artist Residency Awards, including one that assisted in the creation of "Knives and Skin," which will have a theatrical release on Dec. 6.

The rights to "Knives and Skin" were purchased by IFC Midnight, which has released films including "Black ’47," "Ghost Stories" and "The Babadook." Reeder has also since produced a new short film "The Dunes," which premiered part of Hulu's Halloween lineup. 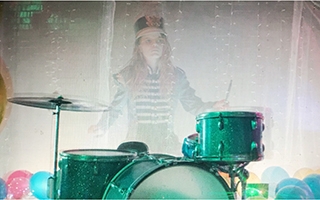