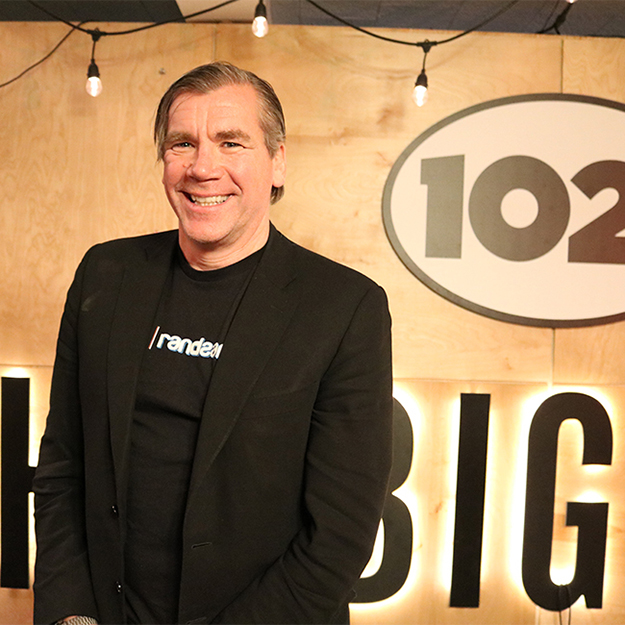 When CD 102.5 owner and general manager Randy Malloy ’92 was a student at Ohio State, he didn’t dream of one day owning a radio station. He came to campus, like many students, not knowing exactly what he wanted to do with his life.

“I always had the idea of what I don’t want to be when I grow up, and that’s how I based my career path unwittingly,” Malloy explained.

In 1987, Malloy left his job as an ambulance driver and set out to attend Ohio State. Already armed with a bachelor’s degree in English, Malloy tried everything from Swahili to physical therapy to carve out his career path.

Through student organizations and classes, the outgoing New Jersey native quickly found his place in Columbus and the Ohio State community.

“There was always something to do at Ohio State, and there was always a place to go where someone could help you if you needed it,” Malloy said. “There were a lot of great resources, which made my experience a lot easier.”

It was through his experience with Ski Club that Malloy first encountered Columbus’ independent radio station, then called CD 101. The group collaborated with the station to screen a Warren Miller film on campus.

People here are diverse and come from all different backgrounds. The one thing that binds us is our passion and love for music,” Malloy said. “It’s allowed for the culture to be one where people can be their own selves."

Soon after that introduction, Malloy was offered one of the station’s very first internships. Once he graduated, Malloy started working in the station’s promotions department — the perfect fit for his social personality.

“The job was well-suited to who I was already becoming. My time at the university allowed me to come out of my shell and be my own person,” Malloy explained. “That sort of growth, and that introduction to the radio station through the university, launched me on this path that I’m on now.”

As an intern, Malloy got to live his dream of going to concerts and hanging out with rock stars. But he also learned the nuts and bolts of running an independent radio station. As he worked his way up the ladder and began managing students himself, Malloy sought to keep the same focus on mentorship that he received as an intern.

“We consider interns part of our team the minute they walk in the door,” Malloy said. “Very quickly, students will discover they have a lot of autonomy to help shape the culture of the radio station on a daily basis. It’s amazing to see how empowered they feel after a very short period of time.”

In a rapidly changing media landscape, Malloy sees the station’s team of interns as a valuable resource, providing insight into youth culture. Malloy owes much of the station’s success to its ability to be dynamic, which he says can be traced to the influence of their interns.

Like Malloy, many interns stay long past graduation. Several of the station’s current DJs are Ohio State alumni that Malloy met after speaking to their class.

“We saw their work ethic, and they fit the culture, and now they’re on the air,” Malloy said. “They saw it as a dream come true, and we thought that was great.”

Along with making dreams come true, Malloy said maintaining the station’s diverse and inclusive culture is crucial to him in hiring. “People here are diverse and come from all different backgrounds. The one thing that binds us is our passion and love for music,” Malloy said. “It’s allowed for the culture to be one where people can be their own selves."

“The station is the star”

If employees stay at CD 102.5 for the culture, they come for the glitz and glamour of the music industry. Over the course of his career at the station, Malloy has dealt with his fair share of rock stars — and egos. But in Malloy’s words, it’s the station that’s the real star.

“It’s always been an adventure,” Malloy said. “We’ve dealt with everything from people flattening tires to competitive radio stations to angry listeners to elated listeners. We’ve seen people get engaged at concerts. Bands will come and play their first sold-out show for us at a 200-person venue, and then 10 years later, come back and sell out arenas.”

Malloy says one of the most rewarding parts of the job is hearing from longtime fans and feeling like the station has had a positive impact on bands and listeners alike. “When you get that feedback, you feel like you’re doing something that has meaning and that matters,” Malloy said. “I think that’s all any of us really want — to feel we’re doing something meaningful that matters to other people.”

CD 102.5 also strives to leave its mark on the community. Between raising money for children’s charities every Christmas and participating in roadside cleanups, Malloy said their focus is always on creating a better Columbus.

“As part of the community, we’re supposed to be a resource for the community,” Malloy said. “I think it’s that community-minded focus that has made us so successful and has allowed us to keep doing this for 30 years as a stand-alone independent radio station.”

The station’s in-house venue, Big Room Bar, also allows the community to feel a part of the CD 102.5 family. Open to the public, Big Room Bar styles itself as “a bar with a radio problem.” Signed memorabilia from bands like U2, Green Day and The Foo Fighters line the walls, and the marquee announces each night’s eclectic lineup. Although the station sticks to playing an alt-rock format on the air, the venue hosts unknown and up-and-coming acts from every genre. Malloy says that’s all part of the station’s local music mission.

“A diverse music scene is better for the city. If you don’t have that, a city won’t grow and be dynamic. That’s what we feel a part of,” Malloy said. “We want to be promoters of music in general because that will make the city a better place. It makes a richer culture for all the people who live in it.” 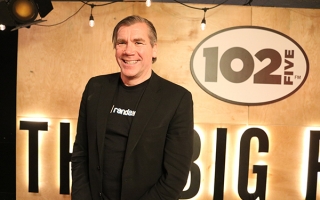