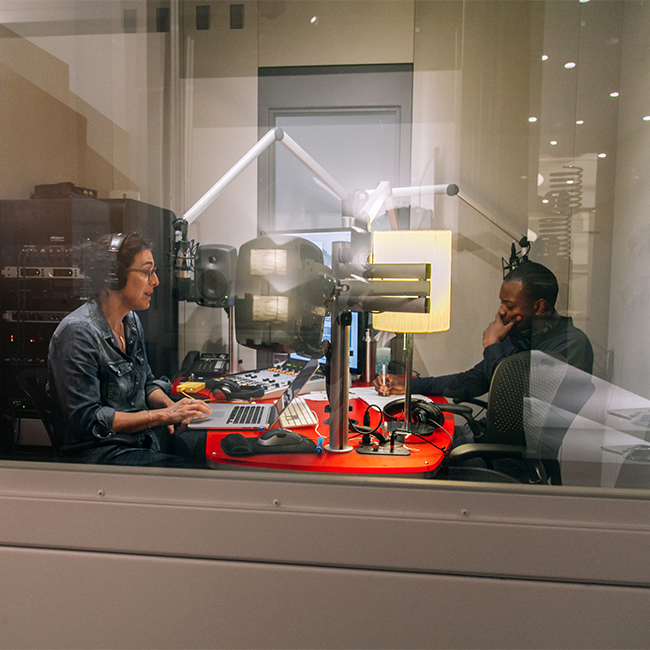 It’s been a fun grind for Emmanuel Dzotsi ’15.

Since its 2014 debut, Serial, the award-winning, investigative journalism podcast, has captivated listeners, meticulously guiding them through notorious crime stories and cases. In its third season, however, the program changed its approach, providing audiences an in-depth look at the typical criminal justice system of a run-of-the-mill American city: Cleveland.

In this latest season, released in 2018, Serial host Sarah Koenig was joined at the microphone by Dzotsi, a 2015 graduate in political science and strategic communication, who embedded himself within Cleveland’s Justice Center Complex for a year gathering material and reporting on various cases.

“I would just sit in these courtrooms for hours on end and weeks at a time,” Dzotsi said. “I would just follow the interesting things.”

Dzotsi’s journey to filling the digital airwaves began as a student intern for All Sides with Ann Fisher on WOSU. Though he’d never considered a career in broadcast journalism, he pursued strategic communication as a second major after taking an introductory communications course. After helping produce All Sides for three months, Dzotsi had a revelation.

I realized, ‘Oh, I really, really like making things,” he said. “I liked the creativity of coming up with ideas and thinking them through in that sort of way, and I was interested in telling stories.”

As Dzotsi neared graduation, he applied for a fellowship at This American Life, the public radio program and podcast that Serial spun off from. Dzotsi was granted an interview and traveled to New York, where he was encouraged to apply again after gaining more experience. After Dzotsi graduated from Ohio State in 2015, he moved to Chicago, where he interned at WBEZ radio and freelanced for various community newspapers.

“It was fantastic,” he said. “I was just banging out three stories a day every day. From a 15-second spot to a 30-second copy to a two-minute feature — all the things you need to learn how to do to be a daily news reporter on public radio.”

For six months, that’s what Dzotsi did. He grinded. More importantly, he gained the experience he needed for the This American Life fellowship.

“I reapplied and was like, ‘Look at all this stuff I’ve done!’ and they hired me,” Dzotsi said.

Dzotsi moved to New York, where he was thrust into This American Life’s fast-running production machine. From mixing audio to reporting to producing shows, he was doing a little bit of everything. It caught the eye of Serial executive producer Julie Snyder, who needed a reporter to go to Cleveland.

Everything lined up. Dzotsi had talent and was a hard worker. Serial season three was headed to Ohio, where Dzotsi grew up. It just made sense, so Dzotsi was brought aboard.

He left for Cleveland in February 2017, and for the better part of the next year, he dissected Cleveland’s justice system from within, recorded trials, interviewed judges, prosecutors, defense attorneys and defendants, listened to conversations in the clerk’s office, and helped craft the framework Serial season three was built around. His reporting gave listeners an insider’s look at what made ordinary cases extraordinary and unveiled the complex and sometimes unpredictable way justice is handed down. 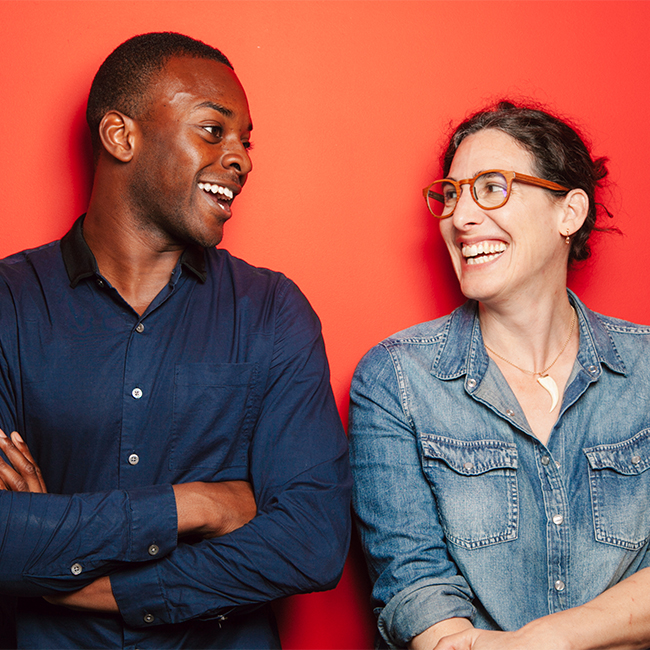 “We wanted to take you out of the jury box into a judge’s chambers, into proceedings, into the prosecutor’s office when they’re deciding whether to indict somebody,” he said. “We wanted to make people look at their justice system as more than just the usual building and the defendant as more than a usual [criminal]. … There’s so much happening, even behind the most boring docket — if you picked a random case on a court docket online and saw that the case had been dismissed or that somebody pled to a misdemeanor that you now know what that means. It means that there’s more to the story, and I think that’s the thing I feel like I came out of this season understanding more than anything, that there’s always more to the story.”

After his time with Serial, Dzotsi moved on to become a producer for the technology and internet culture podcast Reply All, hosted by PJ Vogt and Alex Goldman.

Dzotsi credits his career to his education at Ohio State and the ample opportunities available to students on campus. He says WOSU is a great place for someone interested in broadcast journalism, radio or podcasting to get started, and he urges students to leverage professors’ wisdom and professional connections to shape and attain their goals. He also encourages anyone to reach out to him at his student email address he continues to use, dzotsi.1@osu.edu, for advice.

“Find a way to practice what you want to do while you’re in school,” he said. “You’ll be all the more prepared for when you apply for jobs, and when you do apply, don’t be discouraged.” 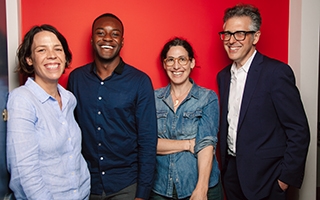