Start your engines: How cars can kill coronavirus 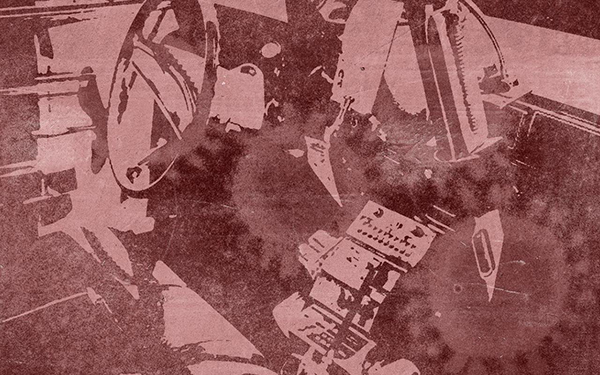 We’ve long known that extreme heat can kill most viruses.

But what if that virus is COVID-19, and it’s on the materials inside a vehicle?

How hot would you need to heat those materials, and for how long, in order to decontaminate the vehicle’s interior?

Ohio State researchers found the answers – a temperature of 56 degrees Celsius (132.8 degrees Fahrenheit) for 15 minutes. Microbiologists Jeff Jahnes and Jesse Kwiek made this discovery as part of a partnership with Ford designed to learn how police cruisers can be decontaminated more efficiently during the pandemic.

“The applied part of this research is what makes it exciting,” said Kwiek, associate professor of microbiology.

And their research at the Department of Microbiology continues in order to help society combat COVID-19 through the use of heat and ultraviolet light.

“The study we did is checking surfaces from a vehicle at a very specific temperature,” said Jahnes, director of Ohio State’s Center for Applied Microbiology. “The virus could be on everything we can touch, so anyone that is manufacturing a product is probably getting inquiries about how to decontaminate that product properly. A lot of these manufacturers are then asking, ‘Hey, we never thought about this. What can we do?’

“It definitely has applications in a lot of different areas.”

Jahnes has spoken to the Public Safety Office at Ohio State about partnering on research similar to what the university is conducting for Ford. There also are developing opportunities to use the process to decontaminate public transportation and office spaces.

“This is exactly what we thought a Center for Applied Microbiology could do,” Jahnes said. “We want to be responsive to the needs of Ohio and to global needs."

“They were really interested then in the issue of pathogen exposure,” Jahnes said. “They were thinking more about seasonal flu or bacteria. They were looking at different technologies and strategies to disinfect the vehicle and minimize bacteria and molds.”

Jahnes was two years into that research for Ford when the company asked him in March to shift to specifically testing materials inside its 2013 to 2019 models of Police Interceptor Utility hybrid SUVs.

Ford’s engineers had developed software to activate the vehicle’s powertrain and climate control systems so that the engine’s heat would temporarily raise the cabin temperature with hopes of killing the virus.

The auto manufacturer wanted Jahnes to test the right temperature and time duration needed for its heating system to eliminate SARS-CoV-2, the virus that causes COVID-19.

Jahnes joined up with Kwiek, and they contacted Linda Saif at the university’s Wooster campus. She has spent more than 40 years at Ohio State studying coronaviruses as a renowned virologist and immunologist.

“Linda Saif gave us the system, the surrogate virus for the coronavirus, and the cells it infects to which we could do our testing,” Kwiek said.

Ford mailed many different types of carpet, plastic and vinyl materials — even a steering wheel — to Jahnes, who then cut the materials into swatches the size of a half-inch by a half-inch.

Kwiek and Jahnes put a concentrated virus droplet on each swatch, waited for it to dry, then placed it into an incubation chamber with controllable temperature and humidity.

“We put the virus in the oven, pull it out and see if it’s still there,” Jahnes said. “That’s basically it. Once we’ve determined what infectious virus has remained, then we know if this temperature and time period has been effective in inactivating the virus or not.”

The temperatures for the Ohio State tests were set by parameters Ford requested. Those were based on what could be reached inside the vehicles with the software developed by their engineers.

In May, Ford announced this temperature and duration can kill viruses on the interior surfaces and materials used inside its police vehicles.

“We’re leveraging an existing public-private partnership,” Kwiek said. “Something came along and because we already had a partnership and relationship, we were able to act quickly and turn it into something that could be of practical value.”

This article was originally published in Ohio State Insights. 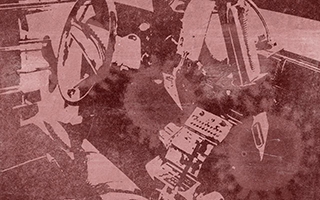