Larry and Isabel Barnett: A Legacy of Giving

The 2010 Lawrence and Isabel Barnett Symposium International Cultural Connections: The Times They Are A-Changing on May 24-25 will bring together some of the top cultural officials from Chile, China, and England; researchers; and philanthropists to discuss recent cultural exchange activities. Also involved are alumni from the Department of Art Education’s Arts Policy and Administration program, who work in the field of international cultural relations.

“As donors to the Arts Policy and Administration program, the Barnetts believed in collaboration, cooperation, and cultural interaction. This year’s symposium reflects those values,” said Wayne Lawson, director emeritus of the Ohio Arts Council and a professor in the program.

In May 1993, the Barnetts established two endowments. The Lawrence and Isabel Barnett Fellowship Fund provides tuition, fees, and an annual stipend for promising students in the graduate program. The Barnett Distinguished Visiting Professor Fund supports a visiting lecture series and the biennial symposium. Barnett Fellows work with faculty members as research associates, interns at the OSU Urban Arts Space, and assist with the symposium. In 2009, the department established the Barnett Dissertation Fellowship to assist advanced doctoral students finish their dissertation and launch their careers.

The symposium creates an opportunity to reflect on the generosity of Lawrence Barnett and his late wife Isabel Bigley Barnett. Larry, now 96, still lives in their home in Rancho Mirage, California.

They came from different backgrounds—he from small town Ohio, she from The Bronx, but they shared a love of show business and philanthropy.

Born in Orrville, Ohio, Larry loved music and played the violin. He started his own high school dance band. When he attended Ohio State as a business major in the 1930s, “Larry Barnett and his Orchestra” and a small band-booking business paid his college expenses. However, he became ill and left one quarter short of graduating.

“While I was in the hospital, I was offered $75 a week job with the talent division of CBS,” Larry said.

The CBS talent division was soon bought by the Music Corporation of America (MCA). Eventually Larry became president of MCA and its talent division, a position he held for 27 years. 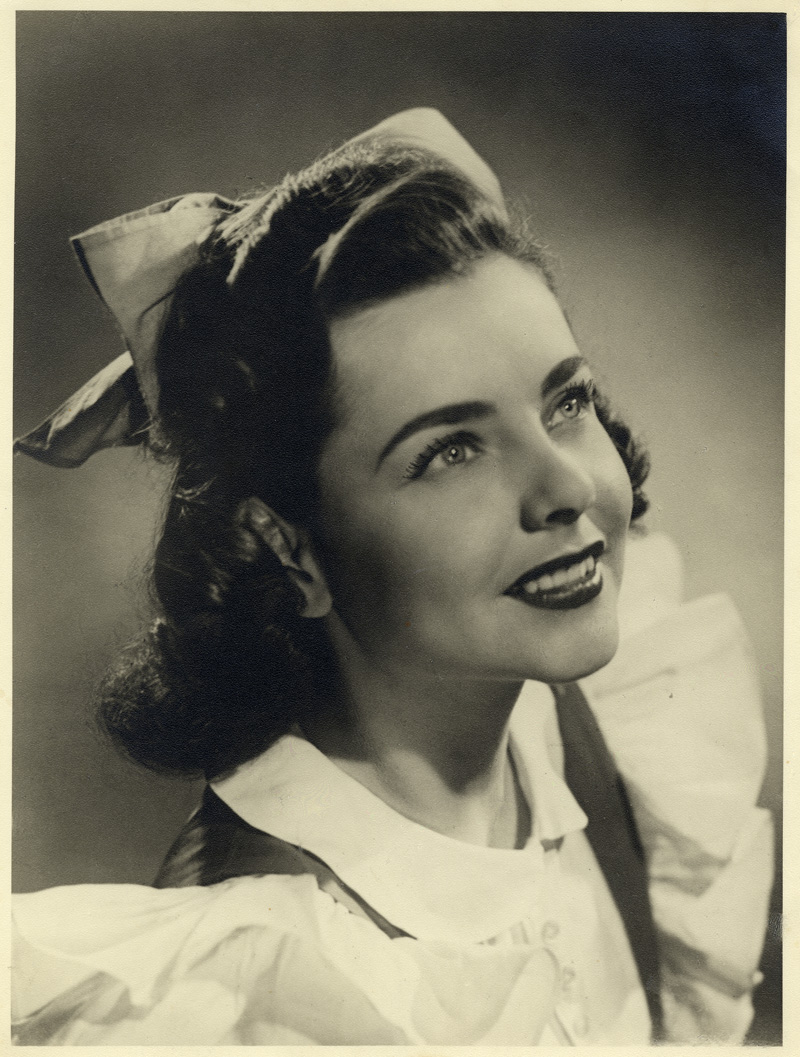 Isabel Bigley, who won a scholarship to Julliard, is best known for her 1950 Tony Award-winning performance as Sarah Brown in the original Broadway production of Guys and Dolls. She was in London playing the lead role of Laurey in Oklahoma! when she met Larry. They married in 1953, and Isabel retired from show business in 1958 to raise their children.

Over the years, Larry and Isabel became noted philanthropists. Frequently referred to as the “Grandfather” of the ALS Foundation, Larry is credited with spearheading the move to establish the association and its research program. Isabel worked with him on ALS projects, and she had her own charitable interests, including the prevention of blindness, Alzheimer’s disease, and Parkinson’s disease.

When he retired in 1988, Larry wanted to finish his college degree. With his 1930s course credits and transcript in hand, he contacted the College of Business. Working with Professor Donald Sexton, he completed a business research thesis, received an A, and earned his bachelor’s degree at age 75.

“I’d finished everything in life, this was a very happy moment for me,” he said.

Larry accepted an honorary doctorate from Ohio State in 1996, and in 2004 was one of those honored with the John B. Gerlach Sr. Development Volunteer Award.

In earlier years when Larry and Isabel came to campus, or when he spoke with someone from Ohio State, he’d always ask, “How are my students doing?”

Thanks to the Barnetts, they’re doing great—as students and alumni.