Arts and Sciences houses three comprehensive museums.* In this issue, we go inside the Museum of Biological Diversity

It is always a treat to visit the Museum of Biological Diversity (MBD) because every visit reveals something new. This is partly because you feel special, as the museum is closed to the public 364 days a year. But, on one Saturday, each February, museum doors are flung wide to welcome throngs of visitors to the highly-anticipated MBD Annual Open House. When people come once, they come again—and bring their friends.

Step through the door and you are welcomed by friendly folks who are eager to share their museum and talk about what they do that makes a difference. As a curator once said, “It’s not just about dead things in jars.”

Our guide today is Herbarium director John Freudenstein. Ohio State’s first botany professor, William A. Kellerman, created this oasis of plant research, where 500,000 or so specimens offer up their secrets. Opening drawers of carefully preserved plant matter—leaves, seeds, flowers—Freudenstein notes that many of the earliest were collected by Columbus’ founding family, the Sullivants. He lets us see and hold the world’s largest seed, the size of a basketball, and visit the rare book room with volumes dating to the 16th Century.

Next stop is The Acarology Laboratory, housing one of the most extensive tick and mite collections in North America. George W. Wharton, the man who “showed us what lives in our eyebrows,” began the laboratory in 1951, along with the world’s best Annual Acarology Summer Program, an intense three-week lab and field course drawing biologists from every continent.

"WE HAVE THINGS HERE THAT NO ONE ELSE IN THE WORLD HAS, NOR CAN THEY EVER HAVE; THESE ARE THE LAST AND ONLY ONES. YOU CANNOT PUT A PRICE TAG ON ANYTHING IN THIS MUSEUM; IT DOESN'T MATTER HOW MUCH MONEY YOU HAVE, IT CAN'T BE BOUGHT." {former MBD Director, John Wenzel} 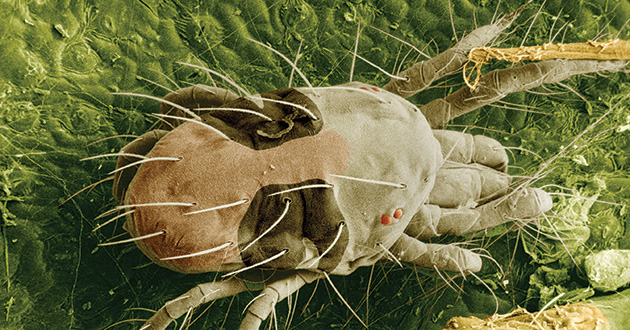 Tearing ourselves away from the ferocious-looking electron microscope images of Director Hans Klompen’s mites, we head to The Borror Laboratory of Bioacoustics, named for ornithologist/entomologist Donald J. Borror, who pioneered recording, preserving, and studying animal sounds. (Not an easy task back then—the field equipment was so heavy and cumbersome it had to be hauled around in a pickup truck.) It is now one of America’s two premier animal sounds labs, where director Doug Nelson studies animal behavior and the evolution of birdsong.

“We are about to see some of the museum’s finest jewels,” says Freudenstein as we move toward The Charles A. Triplehorn Insect Collection.

Curator Lucianna Musetti proves him right as she pulls out tray after tray of gorgeous glittering insects, whose design is so exquisite, they would not be amiss adorning a lapel. Its more than 3.5 million catalogued specimens and world’s largest collection of leafhoppers make it one of the top 12 university collections in North America. It is named for Charles A. Triplehorn, a world-authority on Coleoptera. Still collecting his favorite insect, he laughs, “I don’t collect beetles; they collect me!” 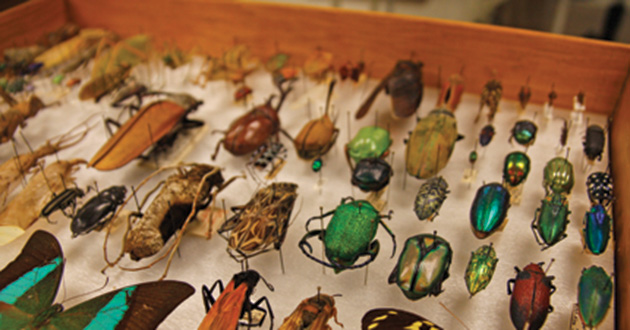 Continuing through the MBD’s endless meandering hallways, the dynamic energy that a working museum generates is almost palpable. In one of these, we encounter marine biologist Meg Daly, who talks about her five-year, $3 million, National Science Foundation “Tree of Life” grant.

“It gives me and my students a heady experience to travel, collaborate, collect, and study new specimens—bizarre, missing-link things—we’ve gone to Chile, Argentina, Japan, Ireland, Australia, New Zealand, South Africa, and the Philippines.”

Zoologist Tom Watters also can be found in the depths of the MBD. Watters and his students collaborate with the Columbus Zoo to study an endangered freshwater mussel in Ohio streams. “Who’s to say which species are important and which are not,” he is quick to tell us. “Among other things, these mussels are our sentinels of water quality.” 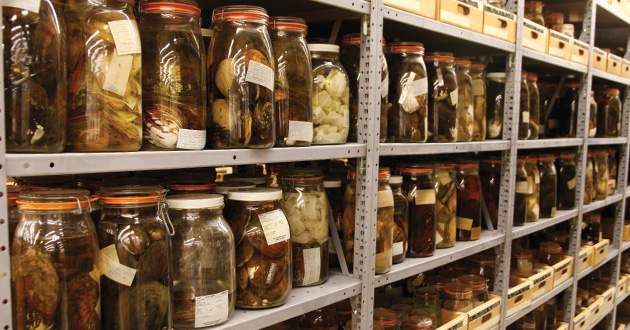 These ongoing research collaborations and collections are an important resource for scholars both here and abroad, allowing access to some materials no longer available for collecting or viewing outside its walls.

In many cases, the Museum is the last resting place for rare and extinct species, a fact that underscores the importance of preservation. This is never clearer than in the airplane-hanger sized ranges of The Museum of Zoology (yes, a museum within a museum).

As old as the university itself, it was founded in 1874 by Albert H. Tuttle, Ohio State’s first chair of zoology. Its six divisions (Bivalve Collection, Crustaceans, Fishes, Gastropods and the General Collection, Higher Vertebrates, and Parasitic Worms) consist of comprehensive research and teaching collections—some of the mollusks and snail holdings are the world’s most extensive.

Surveying the Bivalve Collection, where preserved specimens fill row after row of floor-to-ceiling shelving, we are joined by former MBD Director John Wenzel. “We have things here that no one else in the world has, nor can they ever have; these are the last and only ones. You cannot put a price tag on anything in this museum; it doesn’t matter how much money you have, it can’t be bought,” said Wenzel.

That these collections and their researchers have a seamless, synergistic connection with each other is all the more remarkable, considering that prior to 1992 they were housed separately, with little interaction among their curators.

“The Museum fosters collaborations, brainstorming, and collegiality,” Wenzel tells us. “It allows us to learn from one another; after all, we may study different organisms, but our goals are the same.”

*The other two are: The Museum of Classical Archaeology and The Orton Hall Geology Museum. 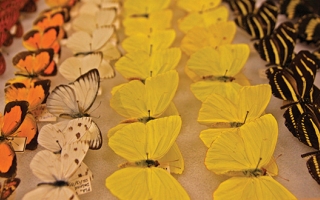