Summer is the perfect time to curl up to a good book. Is your reading list ready? Here is a sample of Arts and Sciences faculty publishing books this summer and a glimpse of their summer reading list.

O’Sullivan’s book on British director Mike Leigh is part of the University of Illinois Press series on contemporary film directors. The book radically revises the traditional perception of Leigh’s films by emphasizing the theoretical, aesthetic and narrative qualities of his cinema, and critiques the ways in which the formal aspects of realist art are often ignored. Leigh is best known for Secrets and Lies, Vera Drake, Topsy-Turvy, Naked, Happy-Go-Lucky and Another Year.

Sean’s summer books:
The Moment of Caravaggio (The A.W. Mellon Lectures in the Fine Arts) by Michael Fried
Watchmen by Alan Moore/Dave Gibbons
War and Peace by Leo Tolstoy (this time, I mean it)

Miss Baby and Laney are connected by a terrible crime and bit by bit, the complex web of deceptions and seemingly small misjudgments they've each helped to create starts to unravel. Action, speculation, and contradiction play off one another as the story is told through their first-person voices, which keep you nervously guessing all the way to the shocking, tragic climax. BREAK THE SKIN is a novel about "wanting to matter to someone, wanting it so badly that you did things you never could have imagined, and you swore they were right, all for the sake of love."

Jared Gardner, associate professor, English, author of Projections: Comics and the History of 21st-Century Storytelling (due this fall), published by Stanford University Press.

This book is a study of the ways the comics form has for more than a century experimented with approaches to storytelling and an interactive relationship to readers that is becoming increasingly central to narrative across all media in the 21st century.

Jared’s summer books:
The Information: A History, a Theory, a Flood by James Gleick
The Windup Girl by Paolo Bacigalupi
The Immortal Life of Henrietta Lacks by Rebecca Skloot

In his book, he explores the symbiotic relationship between delivery and technologies of writing and communication. Aiming to enhance historical understanding by demonstrating how changes in writing technology have altered our conception of delivery.

Ben’s summer books:
Reality is Broken: Why Games Make Us Better and How They Can Change the World by Jane McGonigal
Moving Bodies: Kenneth Burke at the Edges of Language (Studies in Rhetoric/Communication) by Debra Hawhee
The Information: A History, a Theory, a Flood by James Gleick
Stranger in a Strange Land by Robert Heinlein

Millions of black South African workers struggled against apartheid to redeem employment and production from a history of abuse, insecurity, and racial despotism. Almost two decades later, however, the prospects of a dignified life of wage-earning work remain unattainable for most South Africans. Barchiesi traces how the employment crisis and the responses of workers to it challenge the state’s normative imagination of work, and raise decisive questions for the social foundations and prospects of South Africa’s democratic experiment.

Franco’s summer books:
Biopolitics: An Advanced Introduction (Biopolitics:Medicine,Technoscience, and Health in the 21st Century) by Thomas Lemke
Postcolonial Agency: Critique and Constructivism (Plateus - New Directions in Deleuze Studies) by Simone Bignall
Race, Empire and the Idea of Human Development by Thomas McCarthy:
Deleuze and the Postcolonial (Deleuze Connections) by Simone Bignall and Paul Patton
Power at the Roots: Gentrification, Community Gardens, and the Puerto Ricans of the Lower East Side by Miranda J. Martinez

Despite the growing presence of intercultural couples in the United States and worldwide, their stories often go untold. This book provides a rare and comprehensive understanding of the multidimensional experiences of intercultural couples, drawing mainly upon in-depth interviews with persons living in domestic partnerships—heterosexual and same-sex—representing a broad spectrum of ethnic, racial, religious, socioeconomic and national backgrounds.

Jill’s summer books:
Payback: Debt and the Shadow Side of Wealth by Margaret Atwood
Lavinia by Ursula K. Le Guin
Little Bird of Heaven by Joyce Carol Oates
Physics of the Future: How Science Will Shape Human Destiny and Our Daily Lives by the Year 2100 by Michio Koku
Child of the Fire: Mary Edmonia Lewis and the Problem of Art History’s Black and Indian Subject by Kirsten Pai Buick
The Girls from Ames: A Story of Women and a Forty-Year Friendship by Jeffrey Zeslow

Peter Hahn, chair, professor of History, author of Missions Accomplished?: The United States and Iraq since World War I (due this summer), published by Oxford University Press.
An analytical survey of U.S. relations with Iraq since the birth of that state in its modern form. It evaluates the goals and objectives that U.S. leaders pursued in Iraq in various eras and measures the extent to which they succeeded or failed.  Extensive coverage is provided of the last two decades, encompassing the Gulf War of 1990-91, the effort to contain the Saddam Hussein regime, and the Iraq War and occupation of 2003 to the present.
Peter’s summer books:
Why the Allies Won by Richard Overy
Fast Food Nation: The Dark Side of the All-American Meal by Eric Schlosser
Known & Unknown: A Memoir by Donald Rumsfeld
The King James Bible: A Short History from Tyndale to Today by David Norton
1989: The Struggle to Create Post-Cold War Europe (Princeton Studies in International History and Politics) by Mary Elise Sarotte

Andrew Hudgins, humanities distinguished professor of English, author of Diary of a Poem (Poets on Poetry), published by University of Michigan Press.

An engaging collection of essays that offers pleasure and profit to its readers. The title essay discusses the author's amusing travails as he attempts to write an ode about intestines, while other pieces explore the poetry of James Agee, Donald Justice, Allen Tate, and other poets, as well as the musician Johnny Winter, who is the subject of a rollicking segment about rock 'n' roll. More seriously, Hudgins writes with lively good humor about his tomato garden, the unread books piled up precipitously around his bed, and the emotional problems that led to an embarrassingly intimate, yet funny encounter with his father-in-law.
Andrew’s summer books:
Inside Jokes: Using Humor to Reverse-Engineer the Mind by Matthew M. Hurley , Daniel C. Dennett and Reginald B. Adams Jr.
The Oxford Book of Parodies by John Gross
What is Pastoral? by Paul J. Alpers
Leavings: Poems by Wendell Berry

How did the value of freedom become so closely associated with the institution of the market? Why did the idea of market freedom hold so little appeal before the modern period, and how can we explain its rise to dominance? In The Invention of Market Freedom, Eric MacGilvray addresses these questions by contrasting the market conception of freedom with the republican view that it displaced. Through an analysis of some of the key thinkers of the early modern period, including John Locke, David Hume, Charles de Montesquieu, Jean-Jacques Rousseau, and Adam Smith, MacGilvray shows how the classical way of thinking about freedom, which centered around the values of citizenship, independence, and virtue, was confronted with, altered in response to, and finally overcome by the rise of modern market societies. By learning to see market freedom as something that was invented, we can become more alert to the ways in which the appeal to freedom shapes and distorts our thinking about politics today.Eric’s summer books:
The Hunger Games by Suzanne Collins
Guns, Germs, and Steel: The Fates of Human Societies by Jared Diamond
Democratic Authority: A Philosophical Framework by David M. Estlund
The Enlightenment of Sympathy: Justice and the Moral Sentiments in the Eighteenth Century and Today by Michael L. Frazer
Joseph and His Brothers: The Stories of Jacob, Young Joseph, Joseph in Egypt, Joseph the Provider by Thomas Mann
Not For Profit: Why Democracy Needs the Humanities (The Public Square) by Martha C. Nussbaum
The Rest Is Noise: Listening to the Twentieth Century by Alex Ross
Prudes, Perverts, and Tyrants: Plato's Gorgias and the Politics of Shame by Christina H. Tarnopolsky 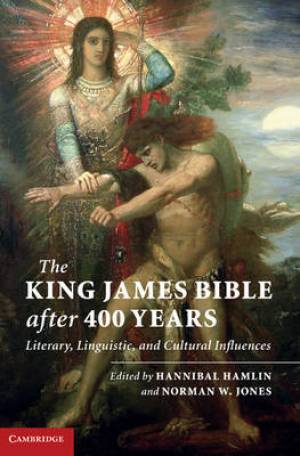 2011 marks the 400th anniversary of the King James version of the Bible. No other book has been as vital to the development of English writing or indeed to the English language itself. This major collection of essays is the most complete one-volume exploration of the King James Bible and its influence to date. The chapters are written by leading scholars from a range of disciplines, who examine the creation of the King James Bible as a work of translation and as a linguistic and literary accomplishment. They consider how it differed from the Bible versions which preceded it, and assess its broad cultural impact and precise literary influence over the centuries of writing which followed, in English and American literature, until today. The story will fascinate readers who approach the King James Bible from the perspectives of literary, linguistic, religious or cultural history.

Intersections in Christianity and Critical Theory by Cassandra Falke
Go Down, Moses by William Faulkner
The Embrace of Eros: Bodies, Desires, and Sexuality in Christianity by Margaret Kamitsuka
Thomas Gray: A Life by Robert L. Mack
The Christian Imagination by Leland Ryken
The Letters of Tomas Gray Including the Correspondence Of Gray And Mason V3 by Duncan Tovey

Why do we dream? Why do we dream what we dream? Novelist and essayist Michelle Herman looks at dreams and dreaming every which way: from ancient dream interpretation to Freud, from the way birds dream to the way babies do, from Jung to contemporary sleep and dream scientists, from her own dreams to the dreams of everyone she knows. In this mash-up of science, cultural history, psychoanalysis, and autobiography, she reckons with the art, the purpose, and the meaning of our dreams.
Michelle's summer books:
At Home: A Short History of Private Life by Bill Bronson
Freedom by Jonathan Franzen
Finishing the Hat: Collected Lyrics (1954-1981) with Attendant Comments, Principles, Heresies, Grudges, Whines and Anecdotes by Stephen Sondheim
Long Drive Home by Will Allison
The Devil All the Time by Donald Ray Pollock
Madam Bovary by Gustave Flaubert (Author), Lydia Davis (Translator)
Share:
Facebook Twitter Tumblr LinkedIn Google + Email Print