Go Your Own Way

Life isn’t slowing down for John Houston, who graduated last June with a BA in theatre and a minor in political science. He spent the summer perfecting his one-man theatrical performance about Muhammad Ali and was invited to perform the show in early September at the Muhammad Ali Center in Louisville, Kentucky.

“I was very excited about going to the center,” says Houston. “It was a great opportunity to perform again and maybe find a way to extend the life of this project.”

The project itself, When a Man Stands Alone: The Life of the Louisville Lip, has already been around the block a few times. During his last quarter at Ohio State, Houston embarked on a 30-day tour, taking the show to 25 U.S. cities from Columbus to Birmingham, New Orleans to Nashville, and Washington D.C. to Dallas.

He played 10 different characters in the show about Ali and included stories, inspirational quotes, interviews, and more.

"Muhammad Ali has inspired me for a very long time. He led by example of how to stand up for yourself, to fight for your principles, and to strive to make the world a better place. My overriding message, which was also Ali’s message, is ‘universal truth and understanding.’" {John Houston}

Houston performed the show in just four theatrical venues in those 25 cities. The rest of the time he engaged audiences in public spaces including street corners, parks, and public plazas. He and his three crew members strived to create a dialogue with the audience and documented their reactions.

“I really thought there would be a big variety in the experience in different parts of the country, from the north to the Deep South,” he said. “But I was surprised to find that there was kind of a universal response to the show. People were very accepting. They wanted to talk about race. They were very open.”

What’s up next for Houston? He and a former classmate are heading to Los Angeles, where he hopes to keep fine-tuning the project. “We filmed the entire tour last spring, and we’re hoping to possibly turn it into a documentary.”

Writing Her Own Way 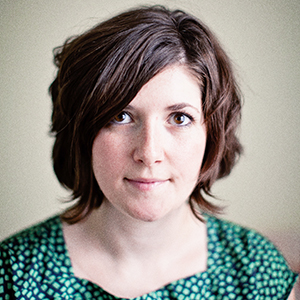 Alumna Claire Vaye Watkins (MFA, English, 2011) has been keeping a very busy schedule lately touring the country to read from her first book, Battleborn (Riverhead Books, August 2012). An exceptional debut collection of short stories set in small-town Nevada, Battleborn is garnering a number of accolades, including this New York Times tribute: If debut collections are meant to announce the arrival of talented new writers, Battleborn is a full-throated bugle call (August 29, 2012).

Watkins wrote Battleborn while attending Ohio State as a Presidential Fellow. It was the first time she had lived away from the west.

She recently returned to Ohio State for the Department of English’s Creative Writing Bookfair and Festival in September. She joined a group of six Ohio State alumni writers for a series of author readings and book signings.

Currently, Watkins is an assistant professor at Bucknell University and co-director of the Mojave School, a nonprofit creative writing workshop for teenagers in rural Nevada. Her short stories and essays have appeared in Granta, One Story, The Paris Review, Ploughshares, Glimmer Train, Best of the West 2011, Best of the Southwest 2013, and elsewhere. For more information on Watkins, visit clairevayewatkins.com. 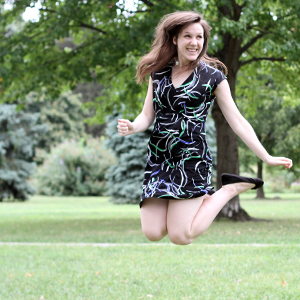 “When I was in kindergarten, my two older siblings would sit at the dinner table working on their math homework; I was so intrigued, I demanded they teach me how to multiply.”

Inevitably, Miller said, this led her to actuarial science. “It was everything I loved about math — and rated pretty high by the Wall Street Journal too!”

“But I still remember the look that I got from my mother when I told her I was going to be an actuary: It was a combination of, ‘Did you just make that career up?’ And, ‘What is wrong with my daughter’s head?’ After a brief explanation, she took a few deep breaths, and agreed it was perfect.”

But, there’s more to Miller than math. She likes movies and concerts, can talk about celebrities and pop culture, and with her boyfriend, is currently trying to eat her way across the globe via local ethnic restaurants.

She jumps right into everything, like training for a Tough Mudder race in October — a 12-mile obstacle course that will have her, “carrying logs up hills, climbing over walls, making a 15-foot jump, running through fire and electric currents, and making my friendships so much stronger.”

Like everything else, Miller jumped right into life at Ohio State. She loved “walking across the Oval for the first warm day in the spring, putting on a successful OUAB event, every football Saturday, running through campus. The simple things are the things I love and miss the most.” 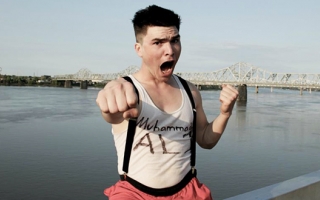