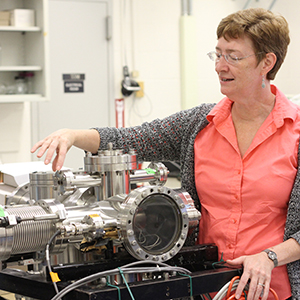 "At my very first visit I knew this was a place where I would be encouraged to reach across boundaries to solve problems. To my way of thinking, it’s the only way we can make real progress." {Vicki Wysocki}

This autumn, Vicki Wysocki made the move from the University of Arizona, where she was professor and chair of the Department of Chemistry and Biochemistry. In addition, she brings with her 11 of her graduate students.

It says volumes about both the nature of Wysocki’s research and her dedication to training the next generation of scientists that her students would choose to make the move.

Her focus on making the connection between basic chemical research and problems in medicine by finding new ways to study molecules critical to health appeals to students who want to make a difference in people’s lives.

“The exciting thing about this work is that we hope it will lead to a new understanding of conditions such as high blood pressure, stiffening of the arteries, and chronic obstructive pulmonary disease — among many others,” she said.

Wysocki also wants to make connections with researchers beyond her own department. As director of the Campus Chemical Instrumentation Center (CCIC), Wysocki is plugged into a university-wide research facility that will help her do that.

Wysocki believes Ohio State is a great fit, “I love the openness of Ohio State; President Gee’s emphasis on ‘One University’ resonates with me deeply.” 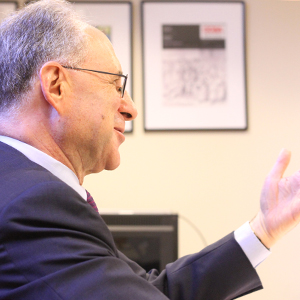 Bob Holub feels right at home in his third floor office in the Department of Germanic Languages and Literatures, even though his books are still in boxes on the floor.

It may be because of memories of his time here in 1997 as a distinguished visiting professor, or to the three department colleagues who received their PhDs from Berkeley where he once chaired the German department, two of whom he advised.

And, he said, “The combination of an outstanding department, a great university, and one of the premier positions in the country added up to a tremendous opportunity I couldn’t refuse.”

Holub is known for his significant role in shaping the field of German Studies in North America and for being a strong advocate for the foreign languages and their importance in today’s global university.

Holub, who had served in a variety of top administrative positions, wasted no time getting back in the classroom, teaching a graduate seminar on Nietzsche this semester.

He plans to finish his new book on Nietzsche that goes beyond treating him as a philosopher who somehow existed in a bubble — placing him squarely in the context of social, political, and scientific developments in 19th century Europe.

“Nietzsche actually spent little time reading other philosophers,” Holub said. “He read a lot of contemporary thought and was thoroughly involved in the discourse of his time.”

Holub does not live in a bubble either. He’s very much connected to his time and place; and said, “I will serve in any capacity to contribute to campus life.”

NOTE: The Ohio Eminent Scholars Program was created by the Ohio General Assembly to enhance the national eminence of outstanding academic programs at Ohio universities by attracting nationally-recognized scholars. The College of Arts and Sciences is home to 15 of Ohio State’s 22 Eminent Scholars. 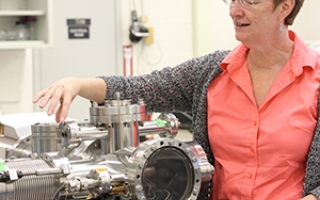