Ohio State alumni who studied at the Advanced Computing Center for the Arts and Design (ACCAD) have been making their mark on the American film industry for years, with graduates heading to prominent film studios such as Pixar Animation Studios, DreamWorks Animation, Blue Sky Studios, Walt Disney Feature Animation, and Industrial Light and Magic. Here we visit with two former students who lent their talents to two summer blockbusters, Brave and Ice Age: Continental Drift. 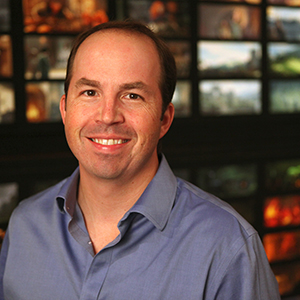 Steve May (left) spent the last two years helping to perfect a hairdo. A wild, redheaded, curly, bouncy, flowing hair-do to be exact. Not his, of course — the hair belongs to Merida, the leading character in the recently released animated film, Brave, on which May served as supervising technical director at Pixar Animation Studios, where he also is chief technology officer. In that role, he oversaw teams of animation experts working on Merida’s coiffure.

“Brave is our first animated film to feature a leading female character,” said May, who earned bachelor’s, master’s, and doctoral degrees in computer science at Ohio State. “Her hair was definitely a challenge. We spent a couple of years figuring out how to animate it. You have to specify the movement of every single hair, and how each curl interacts with the other curls — it’s very complex.”

The end result, however, is pretty amazing and realistic … as is the feel of the Scottish setting. “From an animation standpoint, Brave has a different feel to it,” he said. “To get the feel of medieval Scotland, we created an earthy, rich texture in a narrow color palette of earth tones. We ‘grew’ vegetation on top of everything, creating a carpet of beautiful moss and grass and lichens. We literally created millions of little pieces of vegetation.”

May, who grew up in Mansfield, Ohio, has been with Pixar Animation Studios since earning his degrees at Ohio State and studying, and briefly teaching, at Ohio State’s Advanced Computing Center for the Arts and Design (ACCAD). He’s lent his technical expertise to such films as Monsters, Inc. (where his realistic animation of Sullivan’s blue fur was considered groundbreaking), Toy Story 2, Finding Nemo, Cars, and Up. 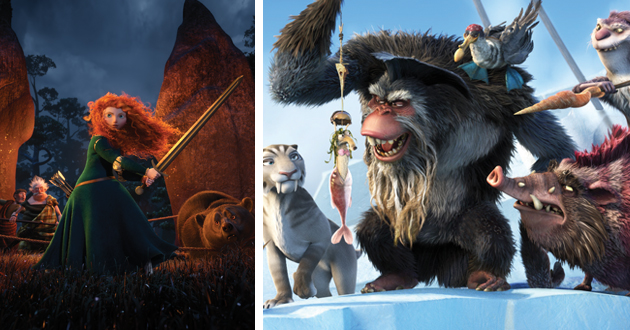 His job as chief technology officer means he oversees how the studio uses technology on all of its films. On certain films, like Brave, he also is supervising technical director. “I get to oversee all of the departments working on the film, from layout, building sets and building characters to animation, special effects, and lighting.”

And that allows him to combine two of his passions. “I have computer science degrees, but I’ve always loved art,” he explained. “I love art and science equally, and this allows me to do both. I love working with the artists to try and solve the technical issues.”

He says coming to Ohio State was a “no-brainer.”

"When I was in high school, computer graphics were not very commonplace. There were only a few places in the country where computer animation was being done. Ohio State was one of them ... and it was the very, very best at it." {Steve May}

He’s pleased with his role at Pixar Animation Studios, and says “we’re always pushing ourselves to try new technologies.” Next up is Monsters University, a prequel to Monsters, Inc., which will be released next summer. 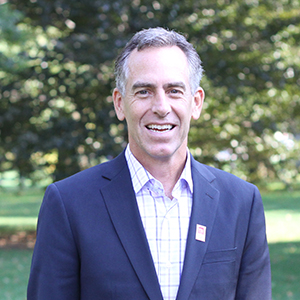 Steve Martino is in an enviable position. Not only are the fictitious and lovable Manny, Sid, and Diego — of Ice Age fame — like part of his family, but he gets to work with Hollywood heavy-hitters like J. Lo, Ray Romano, Queen Latifah, John Leguizamo, and Denis Leary. But, Martino says that’s not the best part of his job at Blue Sky Studios, where he recently served as co-director for Ice Age: Continental Drift.

“It’s a blast working with these great actors and this incredibly diverse cast,” he said. “They are very improvisational and they bring so much to the film.”

But he explains, what’s really fulfilling is to be part of the journey as the film goes from the seed of an idea to the silver screen.

“I get to see a movie come together from start to finish,” he explained. “We start with just a few people bouncing around ideas, and end up with hundreds of people in all areas, from technical directors, story boarders, and software experts to lighting designers, sound editors, animators, and musicians. They all bring something to the project, and along the way I love to see how the film transforms. It’s like a little boat we’ve all constructed and we get to see it rise as all of the individuals contribute along the way.”

But the best part, according to Martino? “It gets to be seen and enjoyed by millions and millions of people all over the world.”

Martino, a Dayton native, attended Ohio State in the late 1970s, studying design. “I knew I loved to draw but I also wanted a creative, problem-solving aspect to my life. I took an intro to animation class, where we had to draw with markers on 16mm film to create animation. We had to play our films in class … and people laughed when mine was shown. I realized this was what I wanted to do with my life.”

After getting an undergraduate degree in design, Martino had the opportunity to hear Charles Csuri speak. Csuri, emeritus professor, is considered the “pioneer of computer animation” and founded the Computer Graphics Research Group at Ohio State, later renamed the Advanced Computing Center for the Arts and Design (ACCAD).

“I was absolutely blown away. No one was doing on the computer what he was showing us. I hadn’t seen images like that anywhere before,” Martino said.

So he enrolled in the Art Education graduate program at Ohio State, which was admitting students interested in studying the art of computer animation within the Computer Graphics Research Group laboratory.

"It was a phenomenal program because, at the time, it was the only place artists and computer scientists were working closely together. It was an incredible opportunity." {Steve Martino}

After graduation, he worked for a few years at a company co-owned by Csuri and then headed out to Los Angeles to continue his work in animation and visual effects. While in L.A. he picked up a Primetime Emmy for Title Design. In 2001, Blue Sky Studios, which is based in Connecticut and was founded by Ohio State alumnus Chris Wedge, lured him away to be the art director on the movie Robots.

Since then, he worked on the short, Gone Nutty, and made the move to directing, with the 2008 release of Horton Hears a Who!. Next was a trip back to the Ice Age with the short Scrat’s Continental Crack-Up and the feature film Ice Age: Continental Drift.

Martino wouldn’t divulge what’s coming up next, but said his entire company is looking forward to a new animated movie they’re creating titled Epic, which has Wedge in the director’s chair and will be released in the spring.