In the College of Arts and Sciences, approximately 1,100 faculty members study just about every conceivable subject. Internationally recognized experts, they lead pioneering interdisciplinary collaborations with scholars and scientists worldwide to address local, national, and global problems. Our faculty regularly receives top honors and awards and successfully competes for research funding. In 2012, they brought in $86 million in federal and industry research awards. Here is a small sample of their noteworthy accomplishments and a look at some of the bold and innovative research taking place across all fields and disciplines in the college:

Justin D’Arms, professor, philosophy: $119,525 from the John Templeton Foundation for his work on the Science of Ethics.

Elizabeth Cooksey, professor, sociology; and Randall Olsen, professor, economics; both with the Center for Human Resource Research: $2,466,084 from the National Institute for Child Health and Human Development for the project “Data Collection for Older National Longitudinal Survey of Youth (NLSY).” 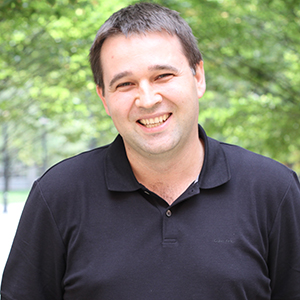 Christopher Jaroniec, associate professor, chemistry (left), $2 million High-End Instrumentation grant from the National Institutes of Health to purchase a high-field, wide-bore, solid-state nuclear magnetic resonance (NMR) spectrometer, the first of its kind in Ohio and one of few nationwide, that will provide major new capabilities to multiple investigators involved in basic biomedical research.

Scott Levi, associate professor, history: $137,252 from the National Endowment for the Humanities to fund the two-week 2012 Central Asia in World History Summer Institute for middle and high school teachers to acquire knowledge and tools to build exciting new relevant programs for their students.

Margarita Mazo, professor emerita, music: $195,412 from the National Endowment for the Humanities for a scholarly edition of the facsimiles for Igor Stravinsky’s 1923 ballet, Les Noces.

Earth Sciences Professor Emeritus Stig M. Bergstrom: his field’s top honor, the 2012 Digby McLaren Award from the International Commission on Stratigraphy for his long record of significant contributions to his field.

Tina Henkin, Robert W. and Estelle S. Bingham Professor of Biological Sciences, and microbiology chair: elected a member of the National Academy of Sciences, the top honor for a U.S. scientist. Henkin is also a fellow of the American Academy of Arts and Sciences and has received extensive honors and recognition for her work on how B. subtilis regulates gene expression. 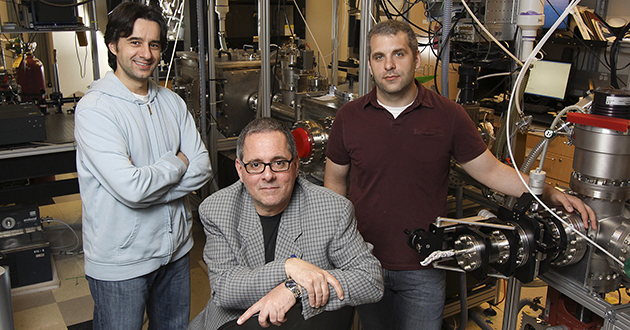 Louis DiMauro, professor, physics (pictured middle with postdoctoral researchers (left) Cosmin Blaga and (left) Anthony Di Chiara): recorded the first real-time image of two atoms vibrating in a molecule, using a new ultrafast camera. The work, which appeared in Nature, uses the energy of a molecule’s own electron as a kind of “flash bulb” to illuminate the molecular motion. It is a first step to observing and controlling chemical reactions on an atomic scale.

Dmitry Tumin, doctoral student and Zhenchao Quan, professor and chair, sociology: authors of a new study finding that long-term separations are an alternative for poor couples who cannot afford to legally end their marriages. 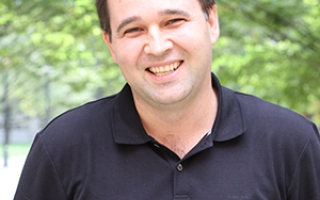