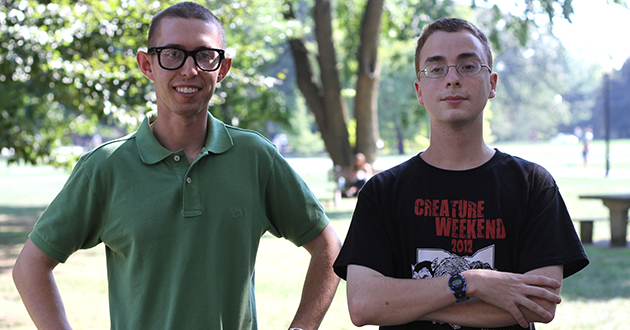 It’s been a year of firsts for Jake Young (left) and Kevin Bloomfield (right) — their first political convention and their first time voting.

Growing up in Cleveland, Young followed Representative Dennis Kucinich’s political career. “I’ve been passionate about politics all of my life,” Young said. “My lifelong goal is to be in the U.S. Senate.” Young will enter the U.S. Army as a second lieutenant in May 2013.

Along with Young, Bloomfield was one of the youngest members of the Ohio delegation to the DNC.

“I am passionate about Byzantine history and hope to teach in academia,” said Bloomfield. “But I want to stay involved in politics as well.” According to Young, being on the floor of the DNC was a surreal experience. “We witnessed history firsthand.” 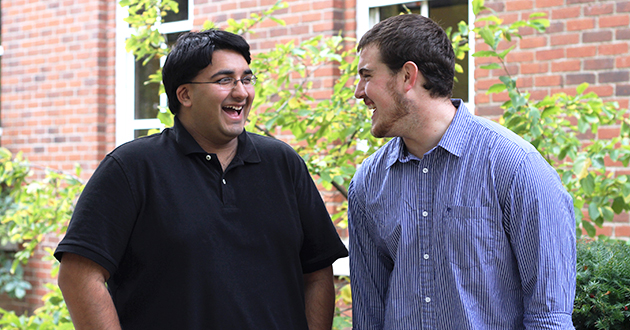 Niraj Antani (left) and Lucas Denney have somehow managed to squeeze in close to 30 hours a week volunteering for Republican candidates all while holding down a full class schedule.

Niraj Antani and Lucas Denney volunteer close to 35 hours a week for the College Republicans at Ohio State. Antani is communication director and Denney is vice chair. Antani hails from Dayton, Ohio, while Denney comes to Ohio State from Watertown, New York. This year, they will cast their vote for president for the first time.

Antani has been passionate about politics for some time now, volunteering for the McCain-Palin ticket in 2008 and on statewide issues over the last several years.

“I am really excited about the level of enthusiasm and engagement from students with the College Republicans,” said Antani. “There’s much more involvement in politics at the state and national level.”

Denney got involved in politics in 2010 when he volunteered to work on Congressman Steve Stivers’ campaign. He is currently a central committee member of the Franklin County Republican Party, representing the 16th ward (off campus area).

“I am passionate about education policy,” Denney said. “You have to be involved in politics from the ground up to make a difference.” 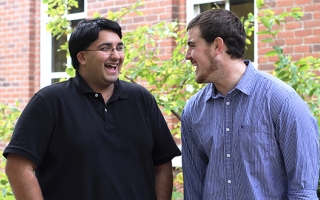