In each issue of ASCENT, we ask our alumni to send us updates — we have received some great letters and feedback and many are included here. Tell us your stories! Submit online, via email to asccomm@osu.edu, or by mail to ASC Communications, 154 N. Oval Mall, 1010 Derby Hall, Columbus, Ohio 43210. Go Bucks!

(BA, communication, 1981), career and academic advisement professional, Lorain County Community College. Receiving my Bachelor’s degree from Ohio State opened so many doors to me when I graduated. Ohio State is a way to achieve academic goals and career goals.

(BS, psychology, 1957), attorney. Ohio State provided me with a well-rounded experience and education in a number of different disciplines. It provided a platform to make lifelong friends.

(BFA, dance, 1977), artistic director, 360repco, a repertory theatre company based in New York City. Ohio State is where it all began for me as an artist and performer. If I had not taken the dance classes that were offered to fulfill a physical ed requirement, this career would have never happened.

(MA, English, 1969), author of historical novels and contemporary suspense stories. My years studying for my master’s and teaching at Ohio State set me on the path to a teaching and writing career. 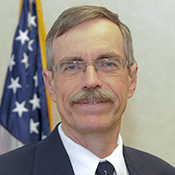 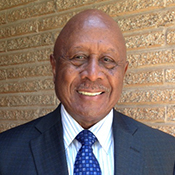 The Ohio State University provided me with professional credentials in the field of biology. This was a major achievement for me, an African American, from the Deep South. In 1960, when I received my degree from Ohio State, less than 3 percent of PhD degree recipients were African American and even fewer were in a STEM field. Having the degree in zoology from Ohio State gave me credibility and enabled me to engage in advanced research, successfully publish in leading journals and have a professional career in academic administration and teaching at the graduate and undergraduate levels in four universities.

(BS, physics, 1952), retired, Aerospace Corporation. I spent 38 years in the expansion of high technology. So far as I know, I am the only person to have had the title of Rocket Engineer. Without my degree from Ohio State, this wouldn’t have been possible.

(BS, music education, 1965), retired professor of music and member of the National Association of College Wind and Percussion Instructors. Ohio State took me as ‘a diamond in the rough,’ and helped me to mature, as well as gain technique in music performance and knowledge of literature and teaching. Thank you!

(BA, women’s studies, 1976) retired, chief legal officer, Haemonetics Corp. At Ohio State I felt challenged, stimulated and supported. The leadership opportunities afforded on a campus of the size and range of OSU gave me the confidence to apply to Yale Law School, and later to achieve professional success as the chief legal officer of a multi-national medical device company.

(MA, 1980; BA, journalism, 1977), professor at Miami Dade College, Miami, Florida. My professor, adviser and mentor, Dr. John Clark, guided me throughout my career. His confidence in me was all I needed. 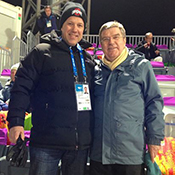 (BA, economics, 1981), professor of law and director of the National Sports Law Institute at Marquette University Law School and president-elect of the Sports Lawyers Association. Mitten was selected to serve on the Court of Arbitration for Sport ad hoc Division for the 2014 Winter Olympics.

(BA, aviation management, 2013), airline captain, American Airlines. The captain who interviewed me for my first pilot job in 1978 was an alumnus of OSU, and he kept saying that it would be a shame if I didn’t finish my degree. Thirty-nine years after I started at OSU, I got my degree. I owe a huge amount of gratitude to my academic counselor Kris Wethington, who put all the pieces together in order for me to finish at the age of 57. 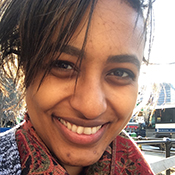 (BS, microbiology, 2012) has been accepted into the Graduate School of Journalism at the City University of New York (CUNY). My science training at Ohio State has enhanced my critical thinking and refined my analytical skills. It shapes the way I look at our universe and our role in it. I want to create science programming for kids. Science can be fun and interesting to engage with at any age. 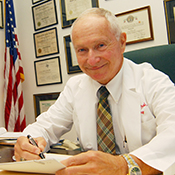 (BA, biological sciences, 1958), professor of surgery, UT Southwestern Medical School, Dallas, Texas. My days at Ohio State have had a profound influence on my academic medical career. As senior manager of the 1957 National Champion Football Team, I learned the importance of teamwork and the value of education as espoused by Woody Hayes. Working in research labs gave me the motivation and necessary tools to pursue an academic career.

(BA, military history, 1996), business strategy and transformation consultant. Little did I know that Ohio State’s military history department was among the best in the country. My professors (some of whom are still teaching) Guilmartin, Millet, Grimsley, were amazing. Go to a book store and you will see their names, turn on the History Channel and you will see their interviews. They are experts in their field, and in many cases, lived the history they taught.

(BA, photography and cinema, 1982), author, Ghosts of Tom Joad: A Story of the #99Percent, set in central Ohio. Van Buren also is the author of We Meant Well: How I Helped Lose the Battle for the Hearts and Minds of the Iraqi People. A 24-year veteran Foreign Service officer at the State Department, Van Buren spent a year in Iraq leading two State Department Provincial Reconstruction Teams.