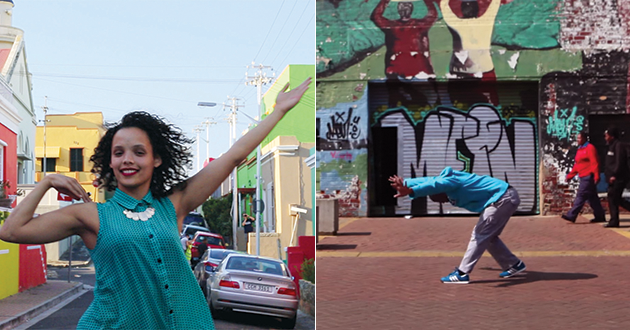 Fifty filmmakers on all seven continents, including an Ohio State research station in Antarctica, shot two seconds of people performing Miller’s choreography and sent the footage back to Rose, who edited it together to create one continuous three-minute dance film.

The performers were not professional dancers; these “regular folks” learned the choreography, along with filmmakers who learned how to shoot the footage, via a 12-page, step-by-step online instruction manual featuring choreography videos and framing specifications.

“I wanted to create a film that has a global reach,” Rose said, “getting dancers and filmmakers involved from all around the world.”

After a year of production, the result is inspiring. “When I first saw the footage, I said ‘I love people!,’” said Miller in a feature produced by WOSU-TV’s arts and culture television program, Broad & High. “There is something so warming about looking at this range of people doing the steps together.”

Rose added, “I’ve done a lot of different kinds of dances. I’ve done dramatic and conceptual and going for beautiful. But I’ve never done joyous, and that’s what I really wanted to accomplish in this film — a sense of joy.”

Globe Trot has already won six festival awards since premiering at the prestigious Cinedans festival in Amsterdam in March. 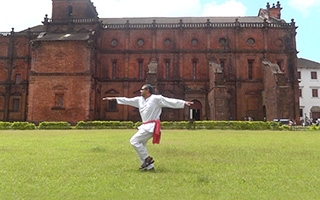