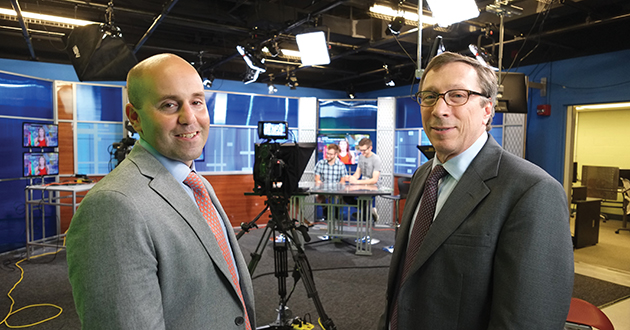 “Both journalism and communication have well over 100 years of study and class work here at Ohio State, and these coinciding anniversaries are a special occasion,” said Dan McDonald, director, School of Communication. “On the one hand, recognition that journalism should be a formal area of study; on the other, recognition that the two areas have much in common and learning about one can lead to understanding aspects of the other.”

The school, routinely at the top of rankings, is known for its rigorous and innovative curriculum, renowned faculty, state-of-the-art multimedia classrooms, multiplatform labs and podcasting studios, and it has one of the top internship and alumni networking and mentoring programs in the country.

“We know that our students will be working in professions that will require them to be flexible and experienced,” said McDonald. “We have built, and continue to build, programs that equip them with the training and skills to harness the power of communication — how to understand audiences, shape messages and interact with individuals and technologies — as well as the power and influence of communication on society.”

The School of Communication is home to the new Lantern Media Group, a comprehensive multimedia news organization that also includes The Lantern, one of the best collegiate newspapers in the nation, a digital television station and various social media outlets.

For the last four years, The Lantern has won the General Excellence Award from the Ohio Newspaper Association. The award is given to the best college media outlet in the state. Recently, the newspaper won the most awards of any university in the 2014 Ohio Society of Professional Journalists competition, including a sweep of all four scholarships for top stories. 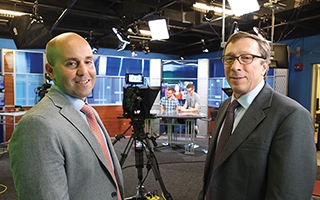