Wonder Women: Hopper and Olesik, Forces for Change in the Lab, Classroom and Community

Both have made an impact in their fields, influenced countless young researchers and set the bar for mentoring, embracing diversity and supporting STEM outreach. Both are fierce advocates for science. 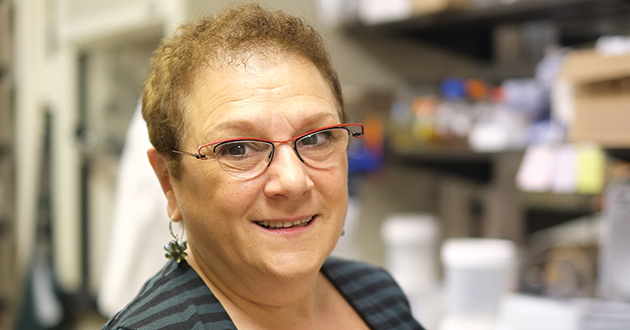 A pioneer in the field of RNA biology, Anita Hopper’s influence was never more evident than at Anitafest, a big “party” thrown by her peers last June.

More than 300 RNA researchers — colleagues, collaborators and former students — came from around the world to honor Hopper, some from as far away as India and Poland.

In between the science, came heartfelt odes to Hopper’s willingness to mentor, support and nurture the work and ambitions of others, even competitors.

Sarkar credits Hopper with, “changing my whole philosophy of how to do science, teaching me to trust, be open and share. Everyone got equal attention; she was our cheerleader. She taught us not to be afraid of making mistakes. Anita always said, ‘You will learn more when you make mistakes than when things go right.”

Atkinson agreed and added, “Anita’s greatest quality was that she was like glue — she was the one who provided cohesion — even if you weren’t in her lab, your social life revolved around her.”

“Her impact goes way beyond her lab,” one colleague said. “I didn’t work with Anita, but she helped me figure out how to be a scientist. Her enthusiasm and energy played a big role.”

In the eight years that Anita Hopper chaired the Department of Molecular Genetics, she just stepped down this September, she did everything colleagues extolled at Anitafest — encouraged, inspired and created a supportive atmosphere that attracted and retained some of the country’s top researchers.

The house that Hopper built is both a dynamic hub where important discoveries are made and a true home where everyone is valued, young researchers do not fear to make mistakes and Hopper is still the glue that holds everything together. 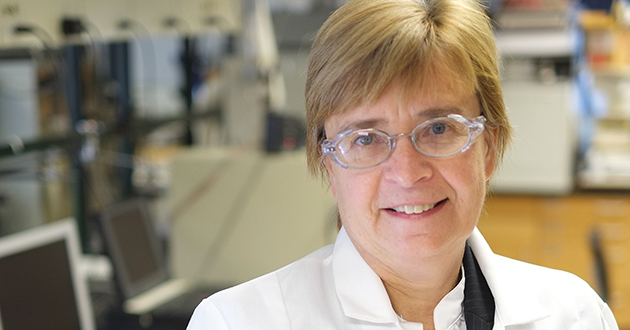 Two recent awards highlight the breadth of Susan Olesik’s accomplishments in both high-impact research and extraordinary advocacy for public understanding of science.

The Award for Chromatography and the ACS Helen M. Free Award for Public Outreach are two premier honors conferred by the nation’s largest professional society for chemists, the American Chemical Society (ACS).

Olesik received the awards at ACS’s annual meeting in a ceremony that one colleague described as “the Academy Awards for chemists.” Olesik, who pioneered the field of enhanced-fluidity liquid chromatography — now commonly used by the pharmaceutical industry
— was the first woman to receive the Award for Chromatography.

A nominator said, “Her winning combination of partnering scientists, teachers and school-aged children transformed science content from a body of boring and confusing concepts to exciting experiments of inquiry, wonder and ‘ah-ha’ moments.”

For the past 15 years, Olesik has collaborated with other scientists to improve K-12 science education, working in both urban and rural schools in Ohio, making a positive impact at every level.

“What makes her activities so powerful,” one colleague said, “are relationship-rich interactions that connect people to each other on a very deep level, keeping them involved year after year.”

And, the Ohio House of Science and Engineering, a consortium Olesik co-founded in 2008, is improving STEM education throughout central Ohio with a programming pipeline that supports students K-12.

Along with the many and varied “normal” duties, when Olesik became chair in 2011 she inherited two additional tasks: ensuring the seamless transition of two separate departments (chemistry and biochemistry) into one, accomplished in 2012; and raising awareness and funds to support the new CBEC building project, which opens in 2015.

The recent Nelson Report — ranking her department #1 among the country’s top 50 chemistry departments for percentage of women faculty, and among the top #5 in racial diversity — attests to her seriousness in making a strong department even stronger.

But Olesik never rests, so expect that last number to be #1 before long. 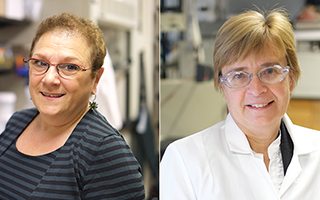