In each issue of ASCENT, we ask our alumni to send us updates — we have received some great letters and feedback and many are included here. Tell us your stories! Submit online, via email to asccomm@osu.edu, or by mail to ASC Communications, 154 N. Oval Mall, 1010 Derby Hall, Columbus, Ohio 43210. Go Bucks!

(PhD, chemistry, 1960), retired chemist, general manager and board member, ExxonMobil Corp; author of the book, Renewable Motor Fuels: The Past, the Present and the Uncertain Future. Ohio State offered an unmatchable environment for a professional and productive career in the chemical industry. OSU’s generous grant to me of a fellowship made my attendance in their graduate school possible. 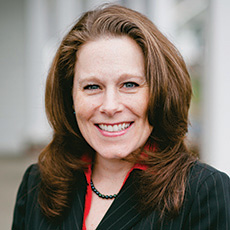 (BS, microbiology 1992), founder and CEO, CrossResolve. Ohio State opened my eyes to a world larger than I thought possible. It gave me the tools to become a working scientist, a solutionist and an entrepreneur. From my very first class, I knew I was in the right place to build my foundation for a remarkable future.

(MFA, 2002), writer. Ohio State was formative to my development as a writer. My professors not only taught me craft, but they were also instrumental when it came to helping me find an editor and agent. Even today, they still are going above and beyond the call of duty! (Goldhagen’s second novel, In Some Other World, Maybe, was published in January 2015)

(BA, psychology, 2000), writing instructor and director, Writing Institute, Antioch College, Yellow Springs, Ohio. My bachelor’s degree from Ohio State provided a solid foundation for a career in education. I was a non-traditional student with a preschool teaching background before I earned my psychology degree at the Lima regional campus. After graduating from Ohio State, I felt I had a more well-rounded skill set to work with children and their families and, eventually, moved into administrative positions in the early child development field. My degree from Ohio State served as a springboard for numerous opportunities to pursue different paths, all of which have led to positions in the rewarding field of education. 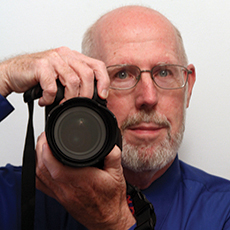 (MS, journalism, 1987), associate professor of journalism, emeritus, Roosevelt University, Chicago. A shared “aha!” moment. I was unsure whether I wanted to go back to newspaper editing or break into academia or try something entirely different. My time at Ohio State led to teaching at Miami University and then back to Illinois for a second career that included teaching opinion-writing in a small university with a social-justice mission.

Rebecca (MA, art history, 1987; MA, Chinese, 1985) and Scott (PhD, East Asian languages and literatures, 1990; MA, Chinese, 1984). Rebecca is coordinator, Confucius Institute at Maryland; Scott is academic advisor and professor, Defense Language Institute-Washington Office, and coordinator, Interagency Language Roundtable. To us both, Ohio State has meant superb professional training and pretty wonderful personal ties. We met at Ohio State in the Chinese department in the fall of 1983. We both were awarded Title VI grants for Chinese language study after we were married, and had a terrific year in Taiwan at the Stanford University Language Center. Thank you DEALL (Department of East Asian Language and Literatures) for 29 years and SO much more. 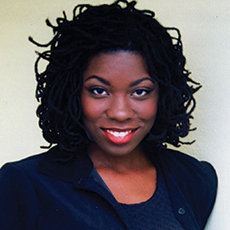 (PhD, theatre, 2007), associate professor, drama and dance, Tufts University and author of Shaping the Future of African American Film: Color-coded Economics and the Story Behind the Numbers (May 2014). The book was selected for the American Theatre and Drama Society’s 5th annual “Brilliance of the American Theater” event in New York on March 19, 2015. In addition to having an amazing mentor and inspiring professors across campus, I also had my first study abroad experience in Cuba while attending Ohio State. I learned a great deal about national identities in the U.S. and abroad and about myself and my profession. My experiences at Ohio State helped prepare me for the work I am doing now as a scholar-artist and faculty member at Tufts University. 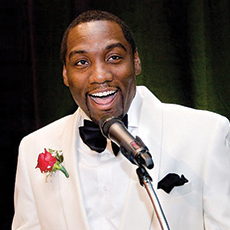 (BA, Sociology, 2005), program fellow at Reach, Inc.; education consultant for B.E.L.L. Consulting and assistant general counsel for Iota Phi Theta Fraternity, Inc. Ohio State means growth to me. Every time I visit the campus, speak to my old advisors or run into alumni, I am able to speak about the four years that I spent forging many of my beliefs, value systems and learning how to better navigate the world. I became a better leader as a result of my experiences at Ohio State. While at Ohio State, I was involved in numerous student organizations and I loved the business side of them. That is the primary reason I concurrently pursued my MBA with my law degree. It also means family. There is nothing like seeing that Block O on someone’s hat, car or shirt and instantly forming a bond. No matter the decade we were in attendance, it is like we went to school at the same time. I have found so many of my lifelong friends because of Ohio State. I am truly grateful for the opportunity to become an alum of this great institution. Do Something Great. Go Bucks!

(PhD, psychology, 1989; MA, psychology, 1986; BA, English, 1975), president, Southwestern College, Santa Fe, New Mexico. But for Ohio State, I would never have become president of a graduate school of psychology. I never did well in high school, but flourished at Ohio State. I was encouraged by meaningful and life-changing relationships with faculty in the English department, and then ultimately finding my calling through Ohio State’s counseling and psychology program. I write most of our college’s blogs, website and marketing materials, and am amused that I am, to a significant extent, a “writer,” even with the title “president.” Now THAT is the value of a degree in English!

(BA, interactive communication, 2006) freelance sports TV camera operator, ESPN, NBC, CBS. If it were not for Ohio State I would have never found my calling in sports television, would not have had opportunities to work hard and meet the people that shaped where I am at today. 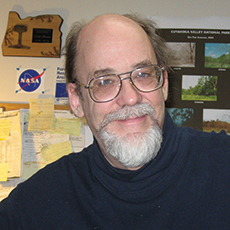 (BS, music performance, 1972), playwright and composer. My success as a musician is entirely due to the outstanding teaching at Ohio State University by Donald McGinnis and James Jones, as well as other music faculty. The music ensemble performance opportunities at Ohio State were integral to my success. Five months after graduating from Ohio State I began performing with The Cleveland Orchestra. After 12 years with The Cleveland Orchestra I performed another 10 years as a freelance musician in Minneapolis/St. Paul and as music faculty at the University of Montana.

(BA, journalism, 1980), partner, Vorys Sater Seymour and Pease LLP. From 1977 to 1979, I spent huge amounts of time in an unassuming brick building tucked away at an anonymous intersection on the sprawling campus of the Ohio State University. It was the home of the School of Journalism, known to its denizens as the ‘J-School.’ It was where my friends were, and the epicenter of my little college universe. For an aspiring reporter, it was a little slice of journalistic heaven that made you feel like you were part of a real newsroom — and you were. 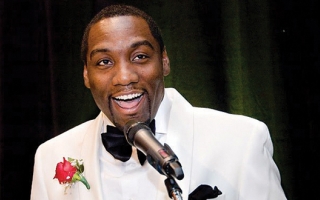