News & Notes / In the Media

Extra! Extra! Here are a few timely updates and featured experts from around the college. Want more? Sign up for our weekly e-newsletter, News & Updates.

“I loved dancing and thought it should be the center of the whole university.”

That’s how Helen Alkire (pictured at right), who continues to attend Ohio State dance performances today, sums up her role in establishing the widely acclaimed dance program. Alkire, who turns 100 in May, founded the program in the early 1950s, while serving on the faculty in physical education, where the dance program resided. When the College of the Arts was formed in 1968, Alkire became chair of the Department of Dance, continuing in that role until 1983.

Alkire was a national leader in developing standards for dance in higher education and helped found the National Association of Schools of Dance. Her strong connections with professional working artists helped establish the department’s focus on visiting artists and scholars. Her interest in developing dance literacy led to the creation of the Dance Notation Bureau Extension, positioning Ohio State as a leader in dance documentation and analysis.

2015 marks the 40th anniversary of Women’s, Gender and Sexuality Studies (WGSS) programming at Ohio State. Since its inception, faculty and students in WGSS have raised awareness and introduced new modes of thinking about gender and sexuality and contributed to social change. The department will be hosting an anniversary celebration on May 1, 2015, to commemorate its past, honor those who helped the department grow, and unveil plans to inspire a new generation of gender and sexuality scholars and feminist leaders committed to social justice.

History Professor David Steigerwald prepared his commencement address the way the winner of an Alumni Award for Distinguished Teaching (2009) would: by asking students what they wanted to hear. The result: a personal, engaging, reality-based, yet reassuring, send-off, peppered with humor and insight, avoiding platitudes; seasoned, of course, with historical context.

“Your historic challenge is to navigate through a world of uncertainty … Your way ahead won’t be straight. But don’t think about it as crooked. Think about it as wonderfully varied ... If all we did here was training you in one skill, for one job, in one place for the rest of your lives, they’d call us a trade school, not a university. You haven’t been trained here. You’ve been educated, and those are different things.”

(co-authored with Mark Stewart) Mueller and Stewart are co-authors of the forthcoming Chasing Ghosts: The Costly Quest of Counter Terrorists in the United States.

“It’s not surprising that men who post a lot of selfies  ... are more narcissistic, but this is the first time it has actually been confirmed in a study. The more interesting finding is that they also score higher on this other anti-social personality trait, psychopathy, and are more prone to self-objectification.”

“How the Earth made its own water – out of rocks”

“When we look into the origins of water on Earth, what we’re really asking is, ‘Why are we so different than all the other planets?’ In this solar system, Earth is unique because we have liquid water on the surface. We’re also the only planet with active plate tectonics. Maybe this water in the mantle is key to plate tectonics, and that’s part of what makes Earth habitable.” 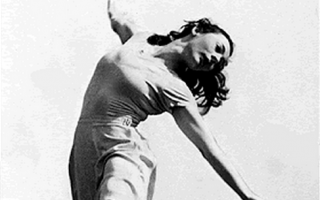