“More than half a million American children visit the emergency room with a head injury each year, so even this simple pilot project has potential for broad impact.”

Statistician ELOISE KAIZAR, who is “always interested in research in health sciences and how to apply the results to problems in the real world,” sees her new project, which was funded by the Eunice Kennedy Shriver National Institute of Child Health and Human Development, as a chance to make a real impact on a critical area.

Kaizar’s work to develop new statistical methodology will pave the way to support a model pediatric traumatic brain injury (TBI) data bank, the first of its kind in the nation that will directly facilitate efficient TBI research on previously inaccessible questions. 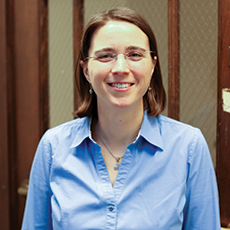 With this team guiding the clinical application, Kaizar and her students will develop statistical methods to combine data from similar (but not identical) research studies. This will unlock access to scientific discoveries otherwise out of reach.

“The potential for application is nearly limitless,” she said. “But, the new statistical methods will be particularly helpful for overcoming the size and breadth limitations typically seen in research on difficult-to-study populations and conditions, such as TBI.

“As you can imagine, recruiting families of children with new head injuries and keeping them enrolled for long-term and intensive follow-up is exceedingly difficult and costly. One of our target studies was made possible by focusing only on school-aged children 6-12, whereas a later project recruited only preschool-aged children 3-6 years old.”

Kaizar explained that only by combining the studies via sound statistical methods can reliable conclusions be made across the entire 3-12 age range — a period of profound developmental change.

“However, to complete such a synthesis we must solve statistical modeling problems, such as harmonizing different cognitive measurement scales used for the different age ranges without underestimating the variability in cognition across the affected children. By overcoming barriers like these, we can extract insight from the data without overstating our confidence in the newfound knowledge.

“Even further, the statistical solutions we create to overcome practical problems, such as the inconsistent use of psychosocial measurements and scales, could be easily adapted for data sharing in a wide range of similar fields,” Kaizar said. 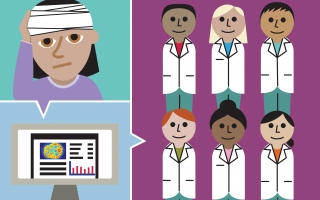