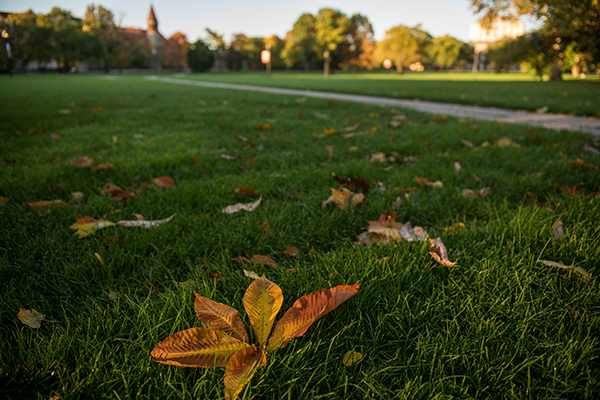 Nineteen new faculty members will bring their wealth of expertise, knowledge and wisdom to the College of Arts and Sciences. From history to mathematics, anthropology to design, our new faculty embody the college's interdisciplinary spirit, thirst for groundbreaking research and creative inquiry, and innovative pedagogy. They hail from across the country and around the world, and we look forward to engaging with and promoting their scholarly pursuits. 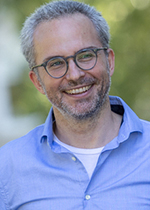 Yiğit Akın earned his PhD at Ohio State in 2011 and is a specialist of the history of the modern Middle East. His research interests include social and cultural history of the late Ottoman Empire and early Republican Turkey, with a particular focus on the World War I and its aftermath, war and society, nationalism and social movements. Before joining the faculty at Ohio State, Akın taught at the College of Charleston and Tulane University, where he received the university’s highest teaching award, the Weiss Presidential Award for Undergraduate Teaching. He is the inaugural holder of the Carter V. Findley Professorship of Ottoman and Turkish History at Ohio State. 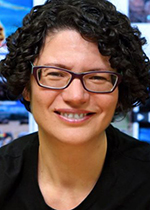 As a computational ecologist, Berger-Wolf works at the unique intersection of computer science, data science, wildlife biology and social sciences. She creates computational solutions to address questions such as how environmental factors affect the behaviors of social animals (humans included). She is also a founding member and project lead for Wildbook (a project of the non-profit Wild Me), an open source software platform that supports the use of AI, computer vision, citizen science and collaboration to accelerate wildlife research to understand and counter widespread wildlife decline. Berger-Wolf came to Ohio State from the University of Illinois at Chicago, where she was a professor of computer science and headed the Computational Population Biology Laboratory. 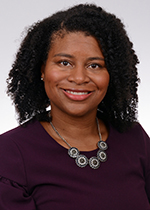 Tiffany Bourgeois returns to the Department of Arts Administration, Education and Policy as an assistant professor of arts management. Bourgeois earned both her PhD in arts administration, education and policy and master’s degree in arts policy and administration at Ohio State. She most recently served as audience development director of the Ensemble Theatre in Houston, Texas, and as adjunct professor for the University of Houston-Downtown. Her scholarly work examines the relationship between sports mega-events, cultural organizations, cultural outcomes and changes in perception. 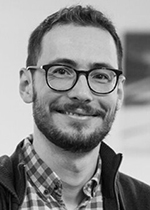 Patrick Bradley joins the faculty of Ohio State's Department of Microbiology and the Infectious Diseases Institute from the Gladstone Institute of Data Science and Biotechnology at UCSF, where he was a bioinformatics fellow. His most recent research involves developing statistical methods for metagenomic data in order to answer questions about how microbes contribute to health and disease and how they colonize the human body. His long-term research goal is to understand gene function and regulation in the microbes of our bodies as well as how we understand them in model microbes today. 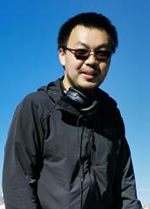 Jingyin Huang has been named assistant professor and holder of the Alice Louise Ridenour Wood Chair in Mathematics. Huang currently works in geometric group theory and metric geometry. He received his PhD in 2015 from the Courant Institute at New York University and held postdoc positions at McGill University and Max-Planck Institute for Mathematics (Bonn) before coming to Ohio State. 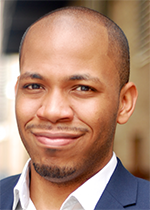 Anthony Johnson's research focuses broadly on the cultural mechanisms of inequality reproduction in education. His work explores new forms of inequality among peer groups in the wake of the widespread adoption of collaborative learning approaches in STEM programs. Johnson's current book project, Engineering Advantage: Why Inequality Persists in an Era of Collaborative Learning, examines the disparate collaborative experiences of college students in elite engineering schools and the role of the culture and structure of these programs in reproducing these disparities. He earned his PhD from Northwestern University and comes to Ohio State from Harvard University, where he was a postdoctoral fellow with the Inequality in America Initiative. 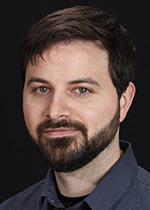 Nic Matthews is a social scientist studying human communication as an assistant professor in the School of Communication. His research investigates the mechanisms that bias moral judgments. He is most interested in the contexts that motivate people to perceive immoral actions as moral (or vice versa). A major goal of Matthews' work is to understand and predict moral judgment biases by intersecting communication theory with moral psychology. 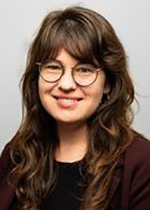 Erin Moore joins the Department of Anthropology as the inaugural Dr. Carl F. Asseff Assistant Professor in Anthropology and History of Medicine. She also joins the faculty of the Infectious Diseases Institute. Moore is a cultural and medical anthropologist interested in critical global health, gender and sexuality, and the institutional ethnography of NGOs. Geographically focused in sub-Saharan Africa, Moore is currently investigating the gendered economic history of Uganda’s devastating HIV epidemic. She joins Ohio State from the Heilbrunn Department of Population and Family Health at Columbia’s Mailman School of Public Health and previously held a postdoc at the Buffett Institute for Global Studies at Northwestern. She received her PhD from the University of Chicago in 2016. 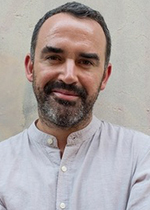 Jonathan Mullins examines 20th- and 21st-century Italian culture through the lens of performance studies, visual culture, media studies and theories of affect, queerness and everyday life. He comes to Ohio State from the University of Southern California, where he was a postdoctoral scholar and teaching fellow in the Department of French and Italian. He was also previously a visiting postdoctoral fellow at Yale University's Beinecke Rare Book & Manuscript Library and earned his PhD in Italian studies from New York University. 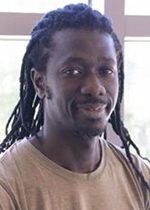 Momar Ndiaye comes to the Department of Dance as an internationally renowned dancer who has toured and taught both in the U.S. and abroad. Ndiaye earned his MFA in dance from the University of Illinois Urbana-Champaign, where he taught contemporary and traditional African dance forms from his country of Senegal, as well as Guinea, Mali and Congo, among other countries. 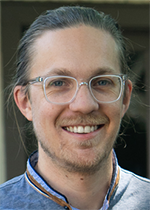 William Nickley studies social design practice and is currently examining how emerging technology and design can increase youth capacity to engage with social issues facing their communities. A 2020 graduate of the Department of Design's MFA program, Williams is a co-founding board member and active leader of Local Tech Heroes, a nonprofit serving disadvantaged populations in central Ohio. 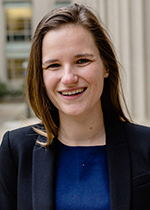 Tamar Oostrom joins the Department of Economics as assistant professor. Oostrom’s areas of specialization are health economics and public economics. Her research focuses on the role of public policy and innovation in health care markets. Recent projects have focused on the effect of financial incentives in pharmaceutical research and the selection of patients who comply with health recommendations. She has received funding from the National Science Foundation and the National Institute on Aging. She earned her PhD in economics from the Massachusetts Institute of Technology in 2020 and a B.S. in both mathematics and biochemistry summa cum laude from Washington and Lee University in 2013. In between, Oostrom spent two years as a research assistant at the National Bureau of Economic Research. 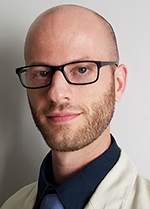 Osher's research explores the relationship between brain connectivity, neural function and behavior through computational modeling. He is primarily interested in attention and high-level visual perception and has demonstrated that structure-function models can predict how the brain will respond while a task is performed — before its even performed — using your connectivity patterns alone. He completed his PhD in computational neuroscience from MIT and his postdoctoral training at Boston University. 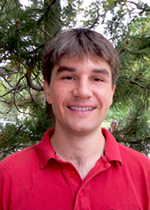 Stefan Patrikis studies algebraic number theory and arithmetic geometry, focused on problems arising out of the Langlands program. He joins Ohio State after five years on the mathematics faculty at the University of Utah. Patrikis received his PhD from Princeton in 2012, and before moving to Utah spent one postdoctoral year at each of the Institute for Advanced Study, Harvard and MIT. 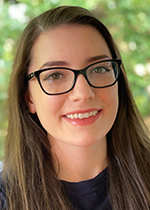 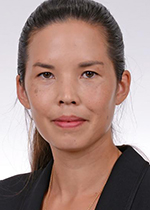 Lyn Tjon Soei Len is a feminist legal scholar who studies the relationship between private law and social injustice and centers on the intersection of gender, race and markets. Her recent scholarship examines legal notions of vulnerability and issues of epistemic injustice and private law. Her book, Minimum Contract Justice, explores the intersection of social injustice and contract law through the case of consumer contracts for goods produced by women in global sweatshops. She is an affiliated researcher at the Amsterdam Law School at the University of Amsterdam and the Chair of the Board of Bureau Clara Wichmann, a feminist strategic litigation organization in the Netherlands. She earned her PhD, LLM and LLB from the University of Amsterdam Law School, and a BscBA from Erasmus University Rotterdam School of Management. She previously held positions at the University of New Hampshire, Amsterdam School of Law and was a visiting researcher at Harvard Law School. 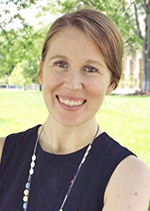 Valentino is a cultural sociologist who studies inequality and stratification. Her work asks how people understand their place in an increasingly unequal society, and how they draw on these perceptions to reproduce or challenge inequality. Her prior research has examined how people construct and understand the occupational status hierarchy; why some Americans are so opposed to welfare and other anti-poverty policy measures; how we can explain the persistent gender gap in the fields of science, technology, engineering, and math; and the ways in which racialized and politicized perceptions of violence impact bystanders’ support of social movements. Valentino earned her PhD from Duke University, where she also completed postdoctoral work at the Kenan Institute for Ethics. 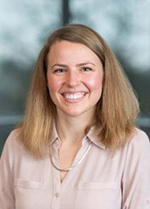 Nicole Yadon's research interests center on advancing our understanding of race and ethnic politics, public opinion, political behavior, and research design in the American context. She joins Ohio State from the University of Michigan, where she completed her PhD this summer. Yadon's research is supported by the National Science Foundation Doctoral Dissertation Research Improvement Grant, a National Science Foundation Graduate Research Fellowship, the Hanes Walton Award in Racial and Ethnic Politics Research, and several other fellowships, grants and awards. 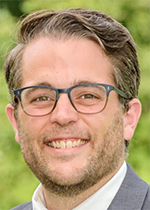 Zimmerman studies geometric measure theory, harmonic analysis and partial differential equations. His research focuses on analysis in metric spaces and its relationship with the geometry of the space. He earned his PhD at the University of Pittsburgh, and prior to arriving at Ohio State, he was an assistant research professor at the University of Connecticut. Zimmerman teaches on Ohio State's Marion campus. 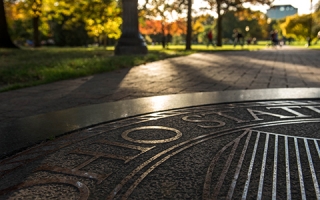