Arts and Humanities Distinguished Professor, English and Spanish and Portuguese

Frederick Luis Aldama is Arts and Humanities Distinguished Professor in the Departments of English and of Spanish and Portuguese. He teaches courses on Latino and Latin American cultural phenomena, including literature, film, TV, music, sports, video games and comic books. Aldama is the author, co-author and editor of thirty books. He is founder and director of the Latinx Space for Enrichment and Research (LASER). He is founder and co-director of Humanities and Cognitive Sciences High School Summer Institute at Ohio State.

Beating at the heart of my scholarship — and teaching — is the singular drive to understand deeply how we create and actively consume all variety of planetary cultural phenomena — especially comics, film, videogames, music, sports and literature by and about Latinxers of the Américas. To understand more deeply how Latinx pop culture shapes the perceptions, thoughts, and feelings of people everywhere I’ve found useful insights from the cognitive sciences as well as history, cultural studies, and critical race, gender, and sexuality theory.

Insights from the cognitive sciences, for instance, can shed light on why we experience real emotions even though we know what we’re reading, viewing, playing is a recreation of the real as in the case of comics, films, videogames for instance. I’ve found that advances in early cognitive development — children building complex storyworlds, for instance — can provide a foundational understanding of creativity and what we do when we consume popular culture.

My research and teaching go hand in hand. You’ll see when reading my books that they, too, are a form of pedagogy. They grow from the questions my students have and that I seek to answer in print and in the classroom. I’m teaching one of my signature lectures “Film & Comics: Race, Gender, Sexuality, and the Differently Abled." Here I not only guide the students in a journey that supplies them with the tools for understanding how film and comic book narratives are built, but we learn together the perception, thought, and emotion processes involved in a given creator’s making and audience recreating of such cultural phenomena.

I bring this same impulse to the high school students who attend my Humanities and Cognitive Sciences High School Summer Institute that I co-direct with Zhong-Lin Lu. Readers of my books and students in my classes learn how we imagine, artistically create, and materially transform the world we live in.

What undergraduate classes are you currently teaching?

I teach Film and Comics (English 3378) where we study contemporary comics and film as cross-pollinating planetary systems of storytelling that can open eyes to issues of race, sexuality, gender, and disability. I teach Introduction to Film Studies (Film Studies 2271) where students learn the grammar of visual-auditory storytelling in the in-depth study of films from around the globe.

I teach Introduction to Latina/o Studies (Comparative Studies 2322) where students explore of contemporary mainstream film, TV, music, animation, comic books, video games that simplifies and straightjackets Latinx identity and experience as well as how this contrasts with today’s abundance of Latinx created cultural phenomena that vitally complicates and enriches our understanding of Latinx identity and experience.

I have also taught a First Year Seminar called Your Brain on Fiction as well as co-taught a MOOC (Massive Open access Online Course) on Latinx pop culture.

What aspect of your teaching gives you the most satisfaction?

I love learning with students! To connect students with the material I’m teaching I always open my lectures by engaging students in conversation about what they may be feeling and thinking about. I parlay what is occurring in their lives (often anxieties and concerns about life) into the lecture itself. I listen carefully to students to determine how to both meaningfully connect with them and connect the course material to them.

Whether we analyze a JLo music video, a comic by Jaime Hernandez, or a Christopher Nolan Batman film, my goal is for students to learn how their everyday thoughts, feelings and actions can be explored in and through a given creator’s distillation and reconstruction of the building blocks of reality; how a Batman film or a Persepolis comic can generate new ways of perceiving and thinking about the world. I can say without hesitation that the best part of my day is learning with our students, guiding them down interdisciplinary scholarly paths and collaborating with them in their respective quests to open up new fields of inquiry.

What book, movie or music would you recommend?

Barry Jenkins’s film Moonlight (2016) rattled me to the core — and this like no other film in recent memory. His masterful lensing, editing, and sound composing make for an exquisite envelope to carry his story and message. That in spite of living in a world ripped apart by the violence and shaming of LGBTQ people of color, there can be affirmation. There can be love.

With regard to music, while there were many different kinds of soundscapes in my early life — from Mexican norteño to new wave, punk and rock—in many ways the auditory landscape of my college years that sunk deepest into my psyche. The playlist I listen to most in the car, for instance, includes 90s trip hop (Portishead, Tricky, Massive Attack), drum ‘n’ bass (Peter Tosh, The Fugeess, J-Malik), and acid jazz (Jazzmatazz and Digible Planets).

This said, I try to keep up with the everyday soundscapes of my students so I can talk with them about how, say, Twenty One Pilots, Drake, Luis Fonsi, Pit Bull, and Daddy Yankee work at the level of lyric and rhythm to encourage them to think about social and political issues.

What is the most interesting place you’ve visited?

Might I mention two: Havana and Istanbul. Both are uniquely layered and complex borderlands of time, space, and culture. You see this in Havana especially with the beautifully anachronistic architecture and modes of transport. And, you see this in Istanbul with its deep Asian influences in architecture, dress, and character that coexist with its deep Arabic and Middle Eastern influences.

What is the best advice you’ve received?

Again, might I mention a couple of pieces of advice: to ignore those who say you can’t do it; to never take college for granted; to keep in mind that while earning a degree(s) is important, it’s what you do while you’re earning a degree that can open important, unexpected doors. When I was an undergrad major in English at Berkeley I wanted my words and ideas to reach more than just my professors, so I began writing for the Daily Cal, the East Bay Express, and The Guardian newspapers. I continued to do so as a graduate student, working as a theatre critic in the San Francisco Bay Area. While I didn’t end up pursuing this full time as a profession, I can say that this experience has made me a better writer of books.

What advice would you give to undergraduate students?

Be focused on your studies, but also diversify your studies across the humanities and sciences.

In many ways, I shouldn’t even be here—as a college professor. I went to pretty crummy schools and was raised by a single, working mom. The idea of college was very remote for me growing up in Sacramento, California. To be honest my path more likely could have led either to jail or to a 9-5 at WalMart. Defying some serious odds I got into college — something that I never took for granted. I never wanted to see my old life again. I worked hard in college. Every waking hour I recognize how fortunate I have been. I pinch myself to be sure that it’s all real: that I am a professor at The Ohio State University.

Besides your research and courses, if students stopped by your office what would be fun to discuss?

I love exploring ideas with students and finding ways to solve intellectual and everyday puzzles and issues. It’s all up for grabs.

In 2008, Aldama received the University Distinguished Diversity Enhancement Award (2008). In 2014, he received both the Distinguished Scholar Award and the University Emerging Community Engagement Award. In 2016 he was honored with the American Association of Hispanics in Higher Education’s Outstanding Latino/a Faculty in Higher Education Award. In 2017, he received the Alumni Award for Distinguished Teaching. He is also the recipient of major book awards as well as the Ohio Education Summit Award and the White House “Hispanic Education Bright Spot” Award for LASER: Latinx Space for Enrichment & Research. 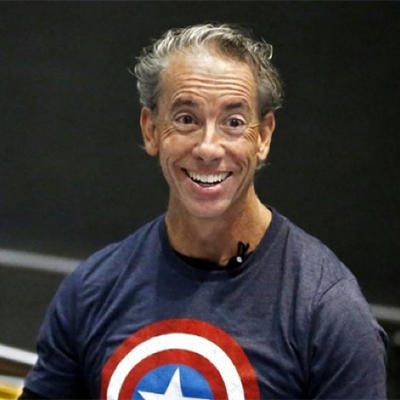