As an undergraduate history major at Ohio State, I have had many wonderful opportunities to explore my field and make connections with faculty.  It is my hope to continue my studies into graduate school after graduation, and Ohio State’s faculty have done an outstanding job preparing me.  Multitudes of lectures, seminars, and one-on-one meetings with professors have all been essential in building my analytical skills and strengthening my writing abilities.  One of the most important assets a historian can possess, however, is something a classroom setting simply cannot provide: a critical viewpoint of the world.

From my very first year at Ohio State, I knew I wanted to study abroad in Europe.  Of the many programs offered by the university, the History of World War II Study Abroad Program stuck out in particular.  I was amazed that one program could encompass so many historical sites throughout Europe, and looking back now, I am thankful that I decided to apply.

Over the course of May, our group travelled through four countries – the United Kingdom, France, Poland and Germany – visiting various cultural and historical sites related to World War II.  Our tour included the Churchill War Rooms in London, the D-Day landing beaches in Normandy, the Auschwitz death camp in Poland, and the site of Hitler’s bunker in Berlin.  It is one thing to read about these places in history books, but it is an entirely different experience seeing them firsthand.  Even our simple interactions with the local peoples – from riding the Tube in London to buying baguettes at a grocery store in Normandy – were eye-opening.

Being a student of European history, there is often a barrier between myself and the foreign places I read about and study, primarily because I’ve never actually seen or experienced them personally.  I entered the program having never been outside of the United States and with a somewhat skewed image of the world outside.  What I left with was a deeper appreciation for Europe, its people, its culture and its history.  I was able to see not only the differences between Europeans and Americans, but, more importantly, the many commonalities that we share as well.  Europe no longer has the same kind of mythical allure it once held for me.  Instead, it now feels like a real place and, in turn, is more relatable.  Without a doubt, studying abroad helped me grow both as a person and as a historian.

My experiences in Europe – the pictures I took, the incredible people I met along the way and the invaluable knowledge I gained – are memories that will stay with me for a lifetime.

Learn more about this study abroad program by reading what past students have said about their experiences. 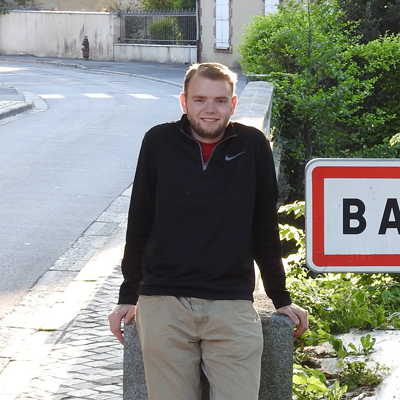