BUT FOR OHIO STATE, PARAMEDIC JOSH HINES WOULD NOT BE REALIZING HIS DREAM TO BE A PROFESSIONAL DANCER.

Hines, who works as a paramedic in Lancaster, Ohio, was the third recipient of a full, renewable scholarship personally funded by former President Gordon Gee. The fourth-year Ohio State student says the scholarship has allowed him to fund his education and pursue his goal of earning a bachelor of fine arts (BFA) degree in the Department of Dance. Hines, who loves the physicality and athleticism of dance, helps lead a dance improvisation group at the university and ultimately plans to dance and perform professionally in New York City. 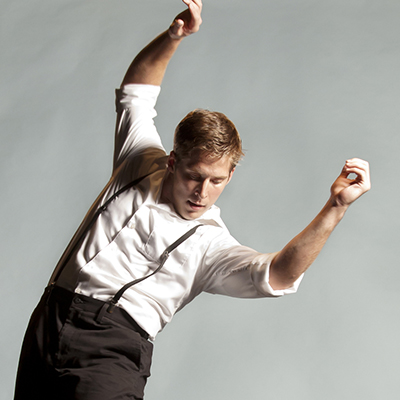