BUT FOR OHIO STATE, MEAGAN JONES WOULD NOT HAVE BEEN ABLE TO GET HER HANDS DIRTY IN AN ANCIENT BURIAL GROUND IN ITALY.

Meagan Jones is in love with ancient structures. A native of Columbus, Ohio, and a first-generation student, Jones gravitated to all things ancient from a very early age.

“Throughout my primary and secondary schooling, I nurtured a keen interest in ancient civilizations, particularly their religious customs and ritualistic traditions,” said Jones. “I secretly harbored a personal passion for the mystique of the unknown, and dreamt of becoming a detective.”

In high school, Jones began taking courses at Ohio State, focusing on western civilization, introduction to historical methods, and medieval surveys. She was awarded a full academic scholarship to Ohio State where she is currently a third-year student majoring in archaeology and history.

Until last summer, fieldwork and experience in archaeological methodology eluded Jones – she had never been outside the United States. However, through the generosity of Ohio State alumnus Keith Monda and his wife Linda (watch video), Jones was awarded a Keith and Linda Monda International Experience Scholarship to study abroad at The Field School in Medieval Archaeology and Bioarchaeology at Badia Pozzeveri over the summer of 2012.

“I was ecstatic about the possibility of participating in the bioarchaeology field school at Badia Pozzeveri,” said Jones. “As a student studying anthropology and medieval history, being involved in an actual excavation of a medieval site is probably the greatest opportunity you could ask for.”

Jones spent a month working an excavation site at the church of San Pietro a Pozzeveri, 25 miles from Pisa in the Tuscany region of Italy.

“I was able to participate in GIS (geographic information systems), human osteology and bioarchaeology, and material culture labs led by a phenomenal combined Italian/American cohort of instructors,” said Jones. “In addition to labs, the daily activity of area excavation was further supplemented with lectures from project directors, Dr. Clark Larsen (chair and professor of anthropology, The Ohio State University) and Dr. Gino Fornaciari (professor of history of medicine at the Medical School of the University of Pisa, and of paleopathology, archaeoanthropology and funerary archaeology at University of Pisa).”

“The Monda's scholarship enabled me to actively pursue my dreams,” said Jones. “Field School Pozzeveri offered me a very unique and multi-faceted learning opportunity and the experience profoundly affected my education in a way that I will never forget.”

Jones will finish out her anthropology and history majors this school year and apply for a semester intensive program to finish her French major. She hopes to find a Latin intensive program to increase her competitiveness for Medieval studies programs. She expects to graduate, on time, spring 2014. 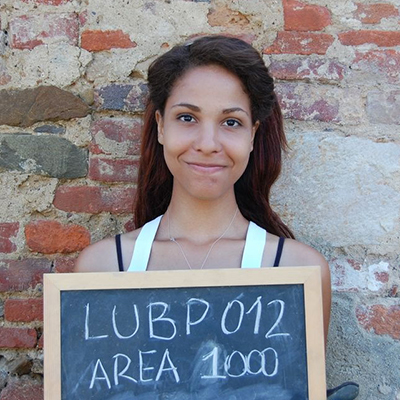