Can you explain the essence of your winning project?

Although nearly 3,000 exoplanets — planets orbiting stars outside our solar system — have been discovered, they are so far away that currently we can’t “see” their surfaces or interiors. I developed a new method offering a little more resolution for describing primarily habitable, Earth-like worlds, which my research group believes is tied to the presence of sustained plate tectonics.

When I was young, I was obsessed with manned spaceflight, the stars and planets and heavily influenced by books by Carl Sagan, and knew I wanted to contribute to the field.

The choice to major in Earth sciences has changed my life. This project allowed me to contribute to the advancement of planetary sciences. I gained technical skills in coding and data management that have led to amazing travel and employment opportunities — at Battelle as a geoscience intern and as a contracted programmer for a small group of professors and post-docs.

We work for power companies around the U.S. (and hopefully soon, the world!).

Why did you choose Ohio State?

Coming from small-town Ohio, the size and scope of Ohio State made it a challenging and intimidating choice. However, I’ve found that the risky choice is often the right one, so I chose to come to Ohio State and have not looked back. It has become my home, given me a life and many, many friends.

Who are your role models?

First and foremost: my dad, running our family farm and business — I have yet to see him take a true day off work — his work ethic serves as my motivation and inspiration, Galileo Galilei’s obvious contributions to cosmology, Bill Gates’ rigorous work ethic and extraordinary devotion to charitable causes, and Alan Turing and Joan Clarke’s highly creative thinking.

What are your after-graduation plans?

I hope to be in Ohio State’s graduate program continuing working with Dr. Panero, whose mentoring has been critical to my studies and research. 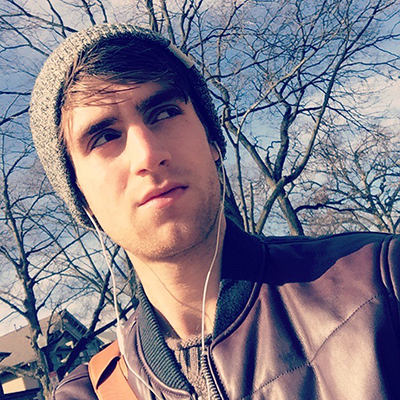