BUT FOR OHIO STATE, STEVE MARTINO’S PALS MANNY, SID AND DIEGO, OF ICE AGE FAME, WOULDN’T BE ENTERTAINING MILLIONS OF PEOPLE ALL OVER THE WORLD.

Martino came to Ohio State in the ‘70s to study design and took a traditional animation class where students drew with markers on 16mm film. When he played his film in class, everyone laughed … and he knew what he wanted to do with his life.

After graduation, he heard computer animation pioneer Chuck Csuri speak. “I was absolutely blown away. No one was doing what he was showing us. I hadn’t seen images like that anywhere before,” Martino said. So he earned a graduate degree at Ohio State, studying at the Computer Graphics Research Group, founded by Csuri and later renamed the Advanced Computing Center for the Arts and Design (ACCAD).

ACCAD conducts research centered on the use and integration of emerging arts technologies. It is a collaborative think space, a place to make, create, imagine and above all connect. It is distinguished by its trans-disciplinary approach to research and teaching and is recognized internationally as one of the leading centers of its kind.

Ohio State alumni who have studied at ACCAD have been making their mark on the American film industry for years, with graduates working in prominent film studios such as Pixar Animation Studios, DreamWorks Animation, Blue Sky Studios, Walt Disney Feature Animation, and Industrial Light and Magic. 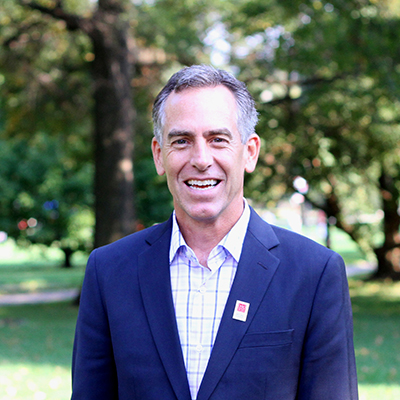