The College of Arts and Sciences is thrilled to announce its 2021 Distinguished Professor Awards. This award serves to honor full professor colleagues who have excelled in teaching, service and research/creative activity, and whose work has demonstrated significant impact on their fields, students, college and university and/or the public. 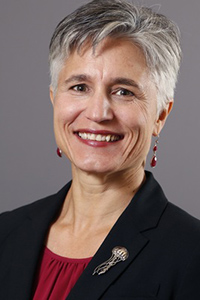 Andréa Grottoli demonstrated her expertise in coral bleaching, biogeochemistry, paleoceanography and climate change stress on coral reefs as a faculty member at Ohio State since 2005. Currently, her research focuses on what drives resilience in corals in the face of climate change and reconstructing oceanographic conditions of the past. She established the Stable Isotope Biogeochemistry Laboratory facility in the School of Earth Sciences and has won multiple awards from national and international organizations, including F.W. Clarke Award in Geochemistry, the Mid-Career and the Best Paper Awards from the International Society for Reef Studies, and the Voyager Award from the American Geophysical Union’s Ocean Sciences Section. She is a fellow of the American Association for the Advancement of Science and the International Coral Reef Society. She is also the director of the Coral Bleaching Research Coordination Network, the President of the International Coral Reef Society and a Fulbright Scholar.

An international leader in the field of coral reef research, Grottoli has been awarded over $3 million in grants and also makes sure her students at Ohio State have a fantastic classroom experience. She has been the PhD dissertation advisor for 11 students, MS thesis advisor for six students and advised more than 25 different undergraduate theses. As a certified scuba diver, she has also taken students on field excursions to the Pacific Ocean and Caribbean Sea.

“Dr. Grottoli’s record shows strong evidence of excellence in research, teaching and service,” said one of Grottoli’s peers. “Her body of work has demonstrated significant impact on her field of coral reef studies, as well as on our students, the College of Arts and Sciences and Ohio State University.” 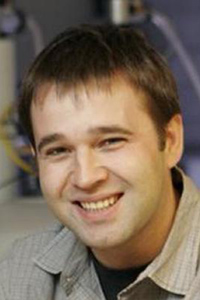 In his role at Ohio State, Jaroniec has demonstrated excellence in teaching, research and service. He has made groundbreaking advances at the frontiers of solid-state NMR technology, highlighted by his pioneering development of paramagnetism-based methods for the elucidation of three-dimensional protein structures. In the classroom, Jaroniec has taught everything from introductory chemistry to graduate-level quantum mechanics, earning steep praise from his students along the way. Outside of Ohio State, he serves as associate editor for two major peer-reviewed journals, is on three editorial advisory boards and has served on numerous NIH and NSF proposal review panels.

“Chris is an extremely enthusiastic, passionate and dedicated teacher who deeply cares about the learning and success of his students, and, based on student feedback, he is consistently one of the most outstanding instructors in our department,” said one of Jaroniec’s colleagues. 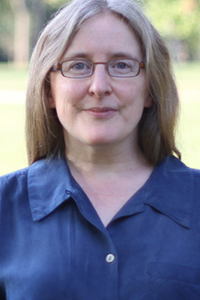 An expert in folklore, performance, ethnography, festival and ritual, Catalonia and cultural diplomacy, Professor Dorothy Noyes served as the director of Ohio State’s Center for Folklore Studies from 2005-2014. A professor whose research touches a broad array of College of Arts and Sciences areas, she has a joint appointment between the departments of English and Comparative Studies as well as courtesy appointments in the departments of Anthropology, French and Italian and Germanic Languages and Literatures. Having taught in 15 countries and authored three books as the solo author, her breadth of knowledge and research has touched Columbus and the world.

Recognized across the world for her expertise in folklore studies, she served as president of the American Folklore Society in 2018-19 and in 2018 was awarded an honorary doctorate by the University of Tartu, Estonia.. She has also been a researcher at the Mershon Center for International Security Studies since 2009. Noyes is especially known for interdisciplinary, transnational explorations of core folklore concepts. At the Center for Folklore Studies, she worked with other colleagues to create a graduate program that has become a model for other universities and recruits graduate students from across the nation and around the world.

“Dorothy Noyes is an internationally recognized scholar whose teaching, mentoring and research has had an impact both within and well beyond the field of folklore,” said one of her colleagues. “She has helped to establish Ohio State as one of the top international academic programs in folklore and as, arguably, the program that has done the most to advance the study of folklore as a critical, theoretical practice.” 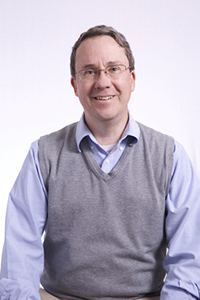 Richard Pogge has been with Ohio State since 1989 as a postdoctoral scholar and joined the university’s faculty in 1992 as an assistant professor and became a full professor in 2003. Pogge is a rare breed of astronomer who designs instruments used to observe and research the skies while also being a skilled observational researcher himself. He has played a leading role in creating seven major instruments for telescopes around the world and has helmed Ohio State’s Imaging Sciences Laboratory as its vice chair for instrumentation since 2007. Pogge is also a prolific researcher, having been a co-discoverer of the Narrow Line Seyfert 1 subclass of active galactic nuclei. His current research interests use ground- and space-based telescopes to measure the chemical content of gaseous nebulae in nearby and distant galaxies, a topic of crucial importance for understanding the origins of the chemical elements over cosmic time.

“If Ohio State astronomy had an annual MVP award, then Rick would be a finalist every year and a frequent winner because he does so much for every aspect of the department’s mission,” said a group of Pogge’s colleagues. “After three decades of exemplary work, appointment as a Distinguished Professor of Arts and Sciences would be fitting recognition of his outstanding research accomplishments and his immense contributions to Ohio State.” 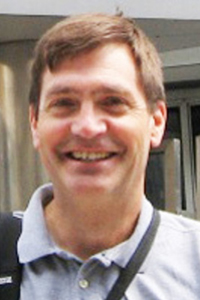 After more than 35 years as a faculty member at Ohio State, Randolph Roth has been named an Arts and Sciences Distinguished Professor of History. An expert on U.S. history and a fellow of the American Association for the Advancement of Science, Roth focuses on the histories of crime and violence, race and ethnicity, religion, democracies and global history, among other topics. He has spent his career trying to provide nuanced answers into why Americans murder each other at a rate exceeding that of other developed countries, and he addresses other American history puzzles as well.

Regarded as one of the most influential historians to research the history of American crime, Roth’s American Homicide was the product of more than 25 years of research and is a benchmark in the study of American history, law, criminology, culture and politics. Having been featured in a variety of media outlets including The Washington Post, C-SPAN, History News Network, the History Channel and numerous local outlets, Roth is a source of expertise trusted nationwide.

“Randy Roth is a credit to his department, his college and The Ohio State University,” said one of his colleagues. “His accomplishments in research are widely respected in several fields and have made him a public intellectual. His work is used by colleagues and students of history, criminology and law around the country. He is a highly successful teacher and has provided exemplary service at multiple levels.” 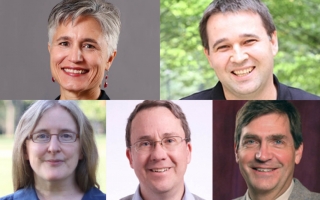