Ciriyam Jayaprakash, a professor in the Department of Physics, has received the university’s Alumni Award for Distinguished Teaching, an annual award that recognizes up to 10 faculty members for their teaching excellence. A committee of students, previous awardees and alumni choose the recipients.

“Professor Jayaprakash is by a large margin the best educator I have had in my five semesters at Ohio State,” said one of Jayaprakash’s graduate students. “He is everything you want in a teacher and more. … What really sets him apart as an educator was his going beyond the subject material. Professor Jay really strove to not just teach us the course subject matter, but to make us better physicists, problem solvers, and well-rounded thinkers.”

Jayaprakash and other recipients will receive a $5,000 honorarium and an increase of $1,200 to their base salary. Awardees are also inducted into Ohio State’s Academy of Teaching.

Jayaprakash is an expert in modeling of viral antagonists and immune system response as well as stochastic effects in subcellular processes. He researches the application of nonlinear dynamics to ecological systems and urban economics and is also an expert in fully developed turbulence.

“With Professor Jayaprakash, every lecture was an entertaining performance,” a graduate student said. “He would often begin lectures with a humorous quote from physics or literature that was relevant to the day's lecture. He also encouraged a very open classroom atmosphere." 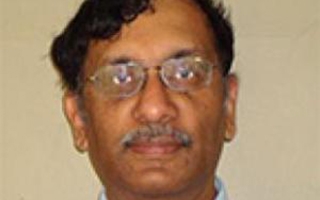