Frank Coulson is professor in the Department of Classics and director of palaeography in the Center for Epigraphical and Palaeographical Studies. His areas of expertise include extensive research in classical reception, particularly on the medieval and humanistic school tradition on Ovid, as well as palaeography (the study of ancient writing systems and the deciphering and dating of historical manuscripts).

As director for the Center for Epigraphical and Palaeographical Studies, Coulson is responsible for supervising fellows as well as building collections. The center recently acquired several important research collections, including the library and working papers of the late Virginia Brown, which has made it one of the leading centers for manuscript research.

Coulson has authored numerous articles on his research areas and his published books include Ovid in the Middle Ages (2011, Cambridge University Press), Incipitarium Ovidianum (2003, Publications of the Journal of Medieval Latin) and The Vulgate Commentary on Ovid's Metamorphoses, Book 1 (2015, Medieval Institute Publications).

Coulson is an elected member of the Comité International de Paléographie Latine (International Committee of Latin Paleography). In 2005, he was honored as a College of Humanities (now College of Arts and Sciences) exemplary faculty member, and in 2002, he received the Alumni Award for Distinguished Teaching from the university. 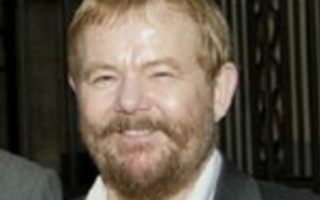