Jane Hathaway is a professor in the Department of History. She specializes in the Ottoman Empire before 1800, particularly on the Arab provinces. In the past, her research has focused on Egypt and Yemen, but she is currently working on a book-length study of the office of Chief Harem Eunuch of the Ottoman Empire. Hathaway has also published numerous articles on Ottoman historiography and the repercussions in Egypt and Yemen of the movement of the 17th-century Jewish messianic figure Sabbatai Sevi.

Her research has been funded by the National Endowment for the Humanities, the American Council of Learned Societies, and the American Research Institute in Turkey, among others. In fall 2016, Hathaway was a member of the School of Historical Studies at the Institute for Advanced Study in Princeton, and she was Ohio State’s nominee for the Gerda Henkel Prize. In 2015, Hathaway received the Ohio Academy of History’s Distinguished Historian Award, and in 2014, the Harlan Hatcher Distinguished Faculty Award in the College of Arts and Sciences.

Hathaway has been a member of the Board of Directors of the Middle East Studies Association of North America and has chaired the selection committee for MESA’s Albert Hourani Book Award. She currently serves on MESA’s Committee on Academic Freedom in the Middle East and North Africa. She has also served on the board of directors of the Comité International d’Études Pre-Ottomanes et Ottomanes (CIEPO), as president of the Turkish Studies Association, and as a member of the American Historical Association's Professional Division.

Hathaway received her PhD (1992) from Princeton's Near Eastern Studies department and her BA (1982) and MA (1986) from the University of Texas at Austin. 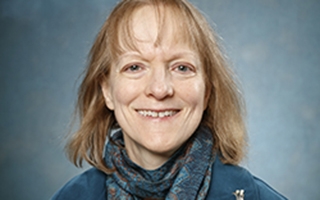