The Diversity Enhancement Faculty Award recognizes the outstanding accomplishments of any faculty member or team of faculty members in the College of Arts and Sciences whose research, teaching, service and/or outreach activities promote diversity and support a culture that embraces and exhibits inclusive excellence, community and openness. 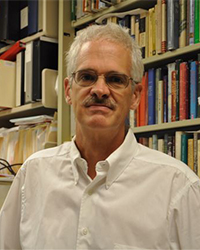 John Brooke, an Arts and Sciences Distinguished Professor and the Warner Woodring Chair of American History, is the director of the Ohio State Center for Historical Research (CHR). From 2019 to 2021, the center is presenting two series, “1619 and Beyond: Explorations in Atlantic Slavery and its American Legacy” and “Global Democracy in a Time of Change and Challenges.” Following those, the center will present a series on “Crisis, Uncertainty and History: Trajectories and Experiences of Accelerated Change.” Brooke taught at Tufts University before coming to Ohio State in 2001. He teaches early American history and global environmental history. His most recent books include There is a North: Fugitive Slaves, Political Crisis and Cultural Transformation in the Coming of the Civil War and State Formations: Global Histories and Cultures of Statehood, co-edited with the University of London’s Julia Strauss and Ohio State’s Greg Anderson. 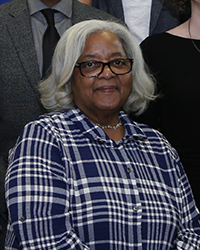 Stephanie Shaw, a professor in the Department of History, joined the Ohio State faculty in 1988 in the Departments of History and Women’s Studies (now WGSS). Her major fields of study include American women’s labor and social history and her research and teaching focus on women and Black Americans.

Her major published works include What a Woman ought to Be and to Do: Black Professional Women Workers during the Jim Crow Era on the family, work and community lives of Black women in the feminized professions between about 1880 and 1955 and the women’s roles as precursors to the modern Civil Rights Movement. The book was selected as an Outstanding Book by the Gustavus Myers Center for the Study of Human Rights in North America and won the Association of Black Women Historians’ Letitia Woods Brown Publication Prize for 1996. Her 2003 Journal of Southern History article, “Using the W. P. A. Ex-slave Narratives to Study the Great Depression,” won the Green-Ramsdell Prize for the best article published in the journal during 2002 and 2003. In 2015, she published W. E. B. Du Bois and The Souls of Black Folk, offering a new perspective on Du Bois’ iconic study as a major work of philosophy. She is currently completing a book titled Grandmothers, Granny Women and Old Aunts: Rethinking Slave Families and Communities in the Nineteenth Century South.

During the 1990s, Shaw led the effort to establish African American history as a graduate field at Ohio State and subsequently worked to create two new faculty lines in the field. She currently chairs the “1619 and Beyond: Explorations in Atlantic Slavery and its American Legacies” committee, which brought a variety of scholars to the campus last year to present lectures on the topic and will continue through the coming academic year. 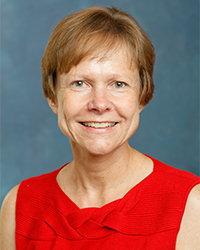 Karin Musier-Forsyth obtained a PhD in chemistry from Cornell University in 1989 under the direction of Gordon G. Hammes. She was an American Cancer Society postdoctoral fellow in the laboratory of Paul Schimmel at the Massachusetts Institute of Technology from 1989 to 1992. She joined the faculty at the University of Minnesota as an assistant professor of chemistry in 1992, where she served on the faculty for 14 years. She was named Merck Professor of Chemistry in 2003 and Distinguished McKnight University Professor in 2006.

In 2007, she moved to her current position at Ohio State, where she is the Ohio Eminent Scholar in Biological Macromolecular Structure and professor of Chemistry and Biochemistry. She received the Camille-Dreyfus Teacher Scholar Award, Pfizer Award in Enzyme Chemistry from the American Chemical Society Biological Division and the Distinguished Women Scholars Award in Science and Engineering at the University of Minnesota. She was elected as an AAAS Fellow in 2009, and in 2014 she received the William H. Kadel Alumni Medal for Outstanding Career Achievement from her alma mater, Eckerd College.

Since 2018, she has served as an associate editor of the Journal of Biological Chemistry. Musier-Forsyth’s research focuses on protein-RNA interactions that are critical for protein synthesis and retrovirus replication. Major research goals include identifying new targets and novel strategies for anti-bacterial and anti-retroviral therapy. She is a member of the Ohio State Center for Retrovirus Research, the Infectious Disease Institute and the Center for RNA Biology. She has published around 190 peer-reviewed research articles, book chapters and reviews and has supervised the work of 30 postdoctoral researchers, 57 graduate students and almost 100 undergraduate researchers. For the past nine years, she has served with then-microbiology Professor Michael Ibba as co-director of the National Institutes of Health Predoctoral Training grant in Cellular, Molecular and Biochemical Sciences Program at Ohio State. 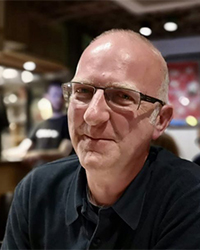 Michael Ibba is the former chair and a current adjunct professor in the Department of Microbiology at Ohio State. He now serves as the dean of the Schmid College of Science and Technology at Chapman University. He obtained an undergraduate degree in biochemistry from Imperial College in London and then went on to complete PhD work in the field of microbial biochemistry at the University of Manchester. After graduating, he undertook both industrial and academic postdoctoral positions in Switzerland and the U.S. before going on to set up his own independent research group. After starting out as a faculty member in Copenhagen, Denmark, Ibba moved to the Department of Microbiology at Ohio State in 2001. His lab works on various aspects of microbial protein synthesis and antibiotic resistance, topics on which he has co-authored over 190 publications. As joint principal investigator of an NIH training grant from 2011-2020 with Karin Musier-Forsyth, Ibba has been extremely active in ensuring the recruitment and funding of a diverse pool of graduate students. He also works to ensure diversity among department faculty, volunteering to lead implicit bias workshops for search committees as part of the Discovery Themes diversity effort. Ibba was also a facilitator in the Ohio State Advocate FORWARD Program for gender equity. 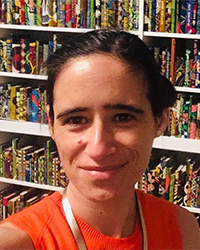 Inés Valdez is an associate professor of political science and the director of the Latina/o Studies Program. Her research is on the political theory of race, capitalism and empire. Her award-winning work has appeared in the American Political Science Review and Political Research Quarterly, among other outlets. Her book Transnational Cosmopolitanism: Kant, Du Bois, and Justice as a Political Craft was published in 2019 by Cambridge University Press.

Valdez is currently working on a manuscript on the imperial origins of popular sovereignty, which considers how imperial and neo-imperial societies explain the dependence of their wellbeing on the oppression of other racial groups. She explores this dynamic historically through turn of the century anti-Indian and Chinese labor discourses and in the present by attending to the political construction of abject brown families and discourses of immigrants as a threat to “American jobs.” In parallel, Valdez is at work on a project on immigration enforcement as a racial technology, which explores, first, how the use of technology in immigration policing evacuates politics from the realm of immigration. Second, it argues that mechanistic understandings of law allow for current debates on immigration to unproblematically depict mass detention and deportations as the result of “enforcing the law.”

Valdez has received fellowships from the European University Institute, the Princeton University Center for Human Values and the Humboldt Foundation. In 2020-2021 she will be a member of the inaugural cohort of the Society of Fellows as part of the Global Arts and Humanities Discovery Theme at Ohio State.