Janet Box-Steffensmeier, Vernal G. Riffe Professor in Government and Politics in the Department of Political Science, was given the permanent, honorific title of Distinguished University Professor. The distinction is the highest faculty honor at Ohio State and is given on a competitive basis to full professors who have demonstrated exceptional teaching, research, scholarly or creative work, and service.

Box-Steffensmeier is a Distinguished University Scholar and a professor in the Department of Sociology by courtesy. She served as interim executive dean and vice provost of the College of Arts and Sciences from 2018-2019, was divisional dean for social and behavioral sciences from 2014-2018 and was appointed to the Academic Affairs, Student Life and Research Committee of the Board of Trustees in 2013.

Box-Steffensmeier is a renowned scholar in the field of political science whose research focuses on American politics and political methodology. She was elected to the American Academy of Arts and Sciences in 2017, was elected incoming president of the American Political Science Association in 2019 and was an inaugural Fellow of the Society for Political Methodology. The Interuniversity Consortium for Political and Social Research annually bestows the Box-Steffensmeier Graduate Student Award, named after Box-Steffensmeier to recognize her contributions to political methodology and her support of women in the field.

Box-Steffensmeier arrived at Ohio State as an assistant professor in 1993 after receiving her PhD from the University of Texas at Austin the same year. 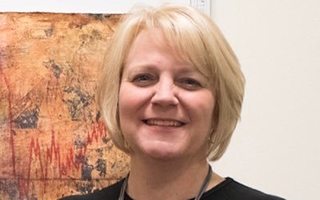