Roger Ratcliff, Distinguished Professor of Social and Behavioral Sciences and professor in the Department of Psychology, was given the permanent, honorific title of Distinguished University Professor. The distinction is the highest faculty honor at Ohio State and is given on a competitive basis to full professors who have demonstrated exceptional teaching, research, scholarly or creative work, and service.

Ratcliff has made vast contributions to the field of cognitive psychology, and his research focuses on modeling application and methodology for rapid decision-making. His diffusion model of decision-making is used by researchers around the world, and he is the most-published living author in the prestigious psychology journal, Psychological Review, for which he has authored 30 publications.

Ratcliff was elected to the American Academy of Arts and Sciences in 2015 and was given Ohio State’s Distinguished Scholar Award in 2010. He is a Fellow of the Society of Experimental Psychologists and the American Psychological Society, receiving two NIHM Research Scientist Awards (1990-98, 2000-05), an NIMH Merit Award (1999-2009) and the Troland Research Award from the National Academy of Sciences.

Ratcliff earned his PhD from the University of Auckland, New Zealand and joined the Department of Psychology faculty in 2003. 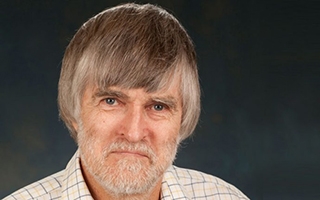