The Diversity Enhancement Faculty Award is awarded by the College of Arts and Sciences and recognizes outstanding accomplishments by faculty whose research, teaching and service promote diversity and support a culture that exhibits inclusive excellence, community and openness. 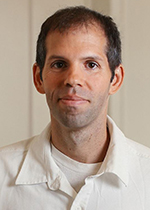 Matthew Anderson, assistant professor of microbiology in the College of Arts and Sciences and microbial infection and immunity in the College of Medicine, works to put the power of data into the hands of Tribal nations through three collaborative initiatives: IndigiData, the Summer internship for Indigenous peoples in Genomics (SING) and the Native BioData Consortium (NBDC).

While data may not be conventionally thought as similar to other extractive industries such as oil or natural gas, its removal from Tribal nations follows a similar pattern. Oftentimes, outside researchers enter an Indigenous community, gather samples and leave, locking that data and the information that can be learned from it within that researcher’s organization or institution. With no relationship between the research and the Tribal nation, that Indigenous community reaps little benefit.

Anderson, who is of Eastern Band of Cherokee Indians descent, is trying to address the central question of power imbalances. As a board member for NBDC and co-director of IndigiData and SING, Anderson understands how data have increasingly become a source of control, money and power over the last few decades. With the authority of data back in the hands of tribal nations, Indigenous communities can have more say in their economic prosperity and tribal autonomy.

Anderson’s research in the Department of Microbiology focuses on the genomic analysis of the fungal pathogen Candida albicans. Since his arrival at Ohio State in 2016, he has been involved in many activities that support Indigenous students. He has served as a member of the American Indian Studies Committee and has been a faculty mentor for multiple student groups, including the American Indian Science and Engineering Society, the Ohio State chapter of the Society for the Advancement of Chicanos and Native Americans in Science and the Louis Stokes Alliance for Minority Participation program. 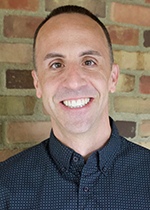 Ryan Friedman, a professor in the Department of English, has been a member of the Ohio State faculty since 2006. He specializes in early African American film and the racial politics of classical Hollywood. He teaches courses and writes on a number of other topics, including African American literature, film theory and American film’s social histories.

Friedman is the author of Hollywood’s African American Films: The Transition to Sound and The Movies as a World Force: American Silent Cinema and the Utopian Imagination. He has contributed essays on race, representation, and film technology and form to the collections Early Race Filmmaking in America, Hollywood at the Intersection of Race and Identity, Media Ventriloquism: How Audiovisual Technologies Transform the Voice-Body Relationship, and Resetting the Scene: Classical Hollywood Revisited. Friedman’s scholarship, covering topics from Charles Chesnutt’s critique of scientific racist thought to James Baldwin’s film writings, has also appeared in a range of academic journals. He is currently working on a manuscript on African American “specialty numbers” in World War II-era Hollywood and Black independent films.

For the last two years, Friedman chaired the English Diversity & Inclusion Committee, collaborating on a variety of events and initiatives, including the ongoing series of forums, “Anti-Racist Pedagogy, Methodology, and Mentoring”; the department’s Anti-Racist Action Plan; and a review of departmental procedures for recognizing and rewarding faculty work in the areas of diversity, equity and inclusion. Professor Friedman directed the interdisciplinary Film Studies Program from 2015-2019 and will become vice chair of the Department of English in fall 2021. 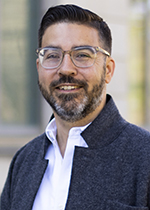 Clayton Howard is an associate professor in the Department of History and has taught at Ohio State since 2013. He is the author of The Closet and the Cul-de-Sac: The Politics of Sexual Privacy in Northern California, which explores the origins of normative sexual politics in the United States that first emerged in the 1970s. In the late 20th and early 21st centuries, many straight-identifying Americans expressed tolerance for the gay rights movement and distanced themselves from what they saw as the discriminatory attitudes of the religious right. At the same time, many of these same voters resisted the egalitarian claims of the gay rights movement and rejected the notion that “gay is good.” Howard’s work encourages readers to see the battles over gay rights as more than a two-sided “culture war.” Instead, these political conflicts are best understood as political struggles in which multiple participants see heterosexual marriages as superior to same-sex relationships.

As a teacher, Howard often asks students to think about histories that have created various kinds of inequality in the present-day U.S. His courses on American cities and suburbs, for example, have focused on the history of housing and school segregation. Since coming to Ohio State, Howard has co-organized several teach-ins on campus with other faculty members. These events were designed to help students see current events in a historical perspective, covering topics such as police violence, race, teaching and the 2016 presidential election. 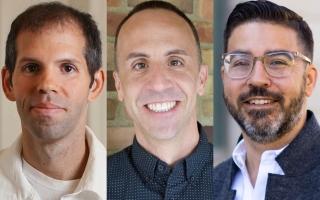