Early and Mid-Career Faculty Excellence Awards recognize outstanding performance in all three areas of research, teaching and service of early and mid-career faculty at the time of promotion. 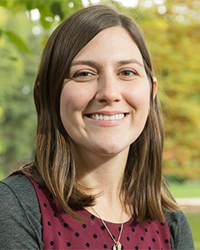 Kathryn Lenz received her undergraduate education from Northwestern University and Kalamazoo College. She received her PhD in psychology and neuroscience from Indiana University and completed postdoctoral training at the University of Maryland School of Medicine. Lenz joined the faculty of Ohio State’s Department of Psychology in 2013 and is affiliated with the Department of Neuroscience, the Institute for Behavioral Medicine Research and the Chronic Brain Injury Initiative.

Lenz is an expert on sex differences in brain development and plasticity, with a cellular focus on immune cells in the brain. Her research investigates how adverse experiences, such as stress, inflammation and brain injury, impact males and females differently to program lifelong differences in behavior and risk for psychiatric and neurological disorders. Lenz serves as a council member for the Organization for the Study of Sex Differences and is on the editorial board for the journal Hormones and Behavior, Scientific Reports, and Frontiers in Cellular Neuroscience.

Since joining Ohio State, she has instructed 1,400 students in the classroom and mentored four graduate students and 12 undergraduates in her laboratory. She has received two grants from the National Institutes of Health to fund her research program, and she has received a NARSAD Young Investigator Award from the Brain and Behavior Research Foundation, an Early Career Alumni Award from Indiana University, a Elizabeth Young New Investigator Award from the Organization for the Study of Sex Differences and the Fred Brown Research Award from the Ohio State Department of Psychology. 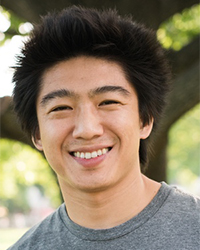 Eden Lin is an associate professor in the Department of Philosophy and a core faculty member at the Sustainability Institute. He has a PhD in philosophy from Princeton University, and he taught for three years at Rutgers University, Newark before coming to Ohio State. He specializes in ethics – the branch of philosophy that concerns what’s good or bad, what’s right or wrong, and what we should or shouldn’t do. Most of his research is on the topic of well-being. His work on that topic concerns what it takes for a life to go well or badly for the person who is living it, what determines how well or badly someone’s life is going and what things are good or bad for people in the most fundamental way. 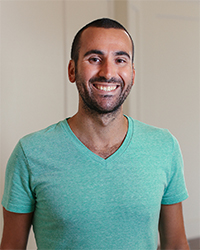 David Penneys is an associate professor at The Ohio State University in the Department of Mathematics. Before coming to Ohio State, he completed his PhD at University of California, Berkeley followed by two two-year postdoctoral positions at the University of Toronto and University of California, Los Angeles. Penneys conducts theoretical mathematics research in operator algebras, quantum algebra and category theory with applications to mathematical physics. His research group collaborates with several physicists to better understand the mathematical foundations of topological phases of matter in theoretical condensed matter physics. Penneys currently supervises five PhD students, a postdoc and undergraduate research projects during the summer. His research and his undergraduate and graduate students are supported by an NSF CAREER award. Penneys is also a member of Ohio State's mentor training team, which runs workshops on Better Research Through Better Mentoring.