The Harlan Hatcher Arts and Sciences Distinguished Faculty Award recognizes a full professor who has a truly exceptional record in teaching, research and service. The award was established with gifts from Mrs. Anne Hatcher and her family in honor and memory of Dr. Harlan Hatcher, an alumnus and former dean of Arts and Sciences at The Ohio State University. 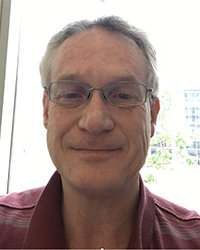 Jon R. Parquette received a BS in chemistry from the University of California, Berkeley in 1988 and his PhD from Stanford University in 1994, working with Barry M. Trost. At Stanford, Parquette was an American Chemical Society, Division of Organic Chemistry fellow. After completing postdoctoral work at the California Institute of Technology in 1996, working with Peter Dervan as an American Cancer Society Postdoctoral fellow, he became a faculty member at The Ohio State University in the Department of Chemistry and Biochemistry and was promoted to associate professor in 2002 and full professor in 2006. His research interests revolve around the theme of synthetic macromolecular and supramolecular organic chemistry. 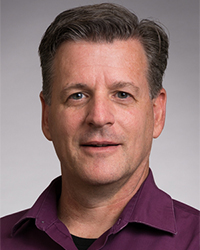 Since joining the Department of Sociology in 1996, Vincent Roscigno has been a superb and incredibly well-balanced classroom instructor across a wide range of undergraduate and graduate courses, including large introductory classes, small and intensive honors courses, graduate courses and research practicums. In each of these diverse teaching contexts, and as a one-on-one mentor to graduate and undergraduate students, Roscigno has excelled.

Roscigno has likewise contributed to the visibility of the Department of Sociology and Ohio State directly and through his professional service activities. He has also been active the President’s Prize Competition Committee, the Taskforce on Sexual Abuse, the University Distinguished Scholar Selection Committee and, most recently, as a faculty liaison for first-generation students. In the profession, Roscigno has been no less active, having served as President of the Southern Sociological Society and having edited the American Sociological Review, the most prominent journal in the field. Currently, he is an elected member on the Council of the American Sociological Association and chairs its Task Force on First-Generation and Working Class Sociologists.

Notable beyond his service and teaching is that Roscigno has also been a productive, cutting-edge and influential scholar when it comes to the sociological foundations of inequality. His two books and approximately 100 peer-reviewed articles in this area have altered the national and international sociological landscape, often employing impressive theoretical depth and multi-methodological analyses. His research on workplace racial and gender discrimination, educational mobility, multi-generational disadvantage and workplace relations is commonly cited as foundational by others in his field and has been impactful among a wide swath of academic and policy audiences. For this work, Roscigno received University Distinguished Scholar recognition in 2012. 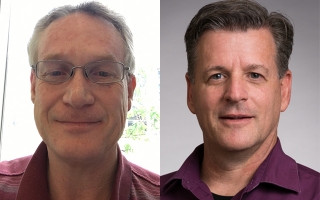