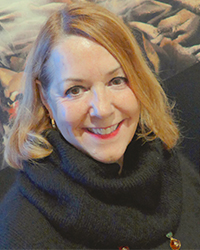 Stephanie Smith is a professor in the Department of History with a concentration on Mexico and Latin America. She joined the department in 2003 after earning her PhD from the State University of New York at Stony Brook. She has published two books, The Power and Politics of Art in Postrevolutionary Mexico, and Gender and the Mexican Revolution: Yucatán Women and the Realities of Patriarchy. Recently she signed an advance contract for her third book, Through Frida’s Eyes: Frida Kahlo and the Creative Women Who Radicalized Mexico. Besides her monographs, Smith has a number of chapters in edited volumes and articles, including her most recent publication in the Journal of Women’s History titled “The Painter and the Communist: Gender, Culture, and the Fleeting Marriage of Ione Robinson and Joseph Freeman, 1929-1932.” She has presented papers at conferences in Mexico and the U.S., and she also has been invited to give talks at various universities including Yale, Brigham Young, St. John’s, Harvard University’s David Rockefeller Center for Latin American Studies, Wellesley College and others. Smith currently offers courses on Mexico and Latin America, including two online classes: the History of Mexico, and the History of Latin America Through Film. She also teaches graduate and senior seminars. 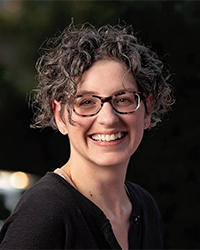 Sarah Neville is an assistant professor in the Department of English who also holds a courtesy appointment in the Department of Theatre. Her published scholarly research explores how authority is constructed by authors and audiences in a variety of genres and technologies, including Renaissance science and medicine, contemporary textual and digital scholarship, and modern performance. She is currently finishing a monograph about printed books of botany in the early Renaissance book trade. Neville was an assistant editor of The New Oxford Shakespeare, for which she edited five plays, and she is a coordinating editor of Digital Renaissance Editions. At Ohio State, she regularly teaches classes in Shakespeare, Renaissance poetry, research methods and textual studies.

As well as her graduate degrees in English, Neville holds a B.Ed from the University of Toronto, where she specialized in alternative education models at the intermediate and senior levels. Upon arriving at Ohio State in 2014, Neville created Lord Denney’s Players (named after Denney Hall), an academic theater group designed to enable students to explore intersections between early English dramatic texts, literary criticism and theatrical performance. Every year, LDP provides an opportunity for Ohio State undergraduates, graduate students, recent alumni and faculty to engage in intensive experiential learning and research around the production of an early English play.

LDP regularly chooses to perform less-familiar versions of the works of Shakespeare to bring scholarly debates about Shakespeare’s working habits to wider public attention, and since 2015, LDP has produced six plays for public audiences. For its work with The Merry Wives of Windsor in 2018 — the first time this play was given a full production since the 17th century — LDP was awarded a Resolution of Expression from the Columbus City Council. This fall, LDP is responding to the challenges of COVID-19 by producing an online documentary about the first, shorter text of Shakespeare’s Hamlet. Look for it online in December 2020.