Marymegan Daly, professor of EEOB and Earth sciences, recently received the President and Provost’s Award for Distinguished Faculty Service, which annually recognizes up to three tenure-track, clinical or research faculty members whose contributions have made a documentable impact on the university’s quality and who have been at Ohio State for at least five years.

Daly’s roles at both the college and university levels are diverse. She has served as director of the Museum of Biological Diversity since 2016, has chaired the College of Arts and Sciences Curriculum Committee since 2014 and chaired the Senate Steering Committee since 2017. Daly also boasts a distinguished scholarly resume whose research on sea anemones has been circulated in renowned, peer-reviewed publications such as Science, Scientific Reports and PLOS One.

"Meg has an ideal combination of skills and talents that she brings to bear in this work — strong intelligence, a willingness to listen and consider others’ viewpoints carefully, and a real talent for communication,” wrote one of Daly’s nominators. “Armed with these abilities, Meg has grown into her service roles in a productive and confident way.”

“Meg’s dedication to the university has been exemplary, and I cannot think of a single faculty member at Ohio State who has contributed more than Meg to the university mission, and in all aspects of research, scholarship, teaching and service,” wrote another.

The Office of Academic Affairs awards recipients a $3,000 cash award and an increase of $1,200 to their base salary. In addition, recipients are honored at a celebration during spring semester and recognized during a home football game in Ohio Stadium in fall semester. 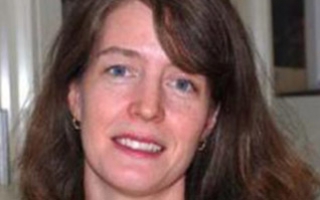