Home / About / Honors & Recognition / Provost’s Award for Distinguished Teaching by a Lecturer, 2020

Provost’s Award for Distinguished Teaching by a Lecturer, 2020

Stephanie Aubry, a lecturer in the Department of Spanish and Portuguese, recently received the Provost’s Award for Distinguished Teaching by a Lecturer, which annually recognizes up to six lecturers, senior lecturers or other associated faculty members for their teaching excellence.

Aubry’s areas of expertise include central American cultural studies and security and democracy in postwar El Salvador. She earned an MA in Spanish from Southern Illinois University before receiving a PhD in Spanish from Ohio State.

“She not only cared about how we performed in class, but also cared about each and every one of us as individuals rather than just thinking of us as students,” wrote an undergraduate student who nominated Aubry for the award. “She was very giving toward her students and would always offer to take time out of her day to help us in any aspect of life.”

Recipients are recognized with a $5,000 honorarium made possible by the Office of Academic Affairs. 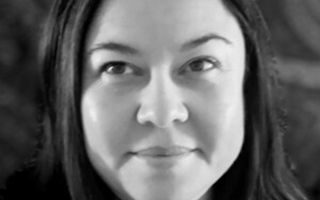