The Susan M. Hartmann Mentoring and Leadership Award is given annually to a faculty member, staff member or student who has demonstrated outstanding mentoring to and/or leadership on behalf of women or other historically underrepresented groups at the university. 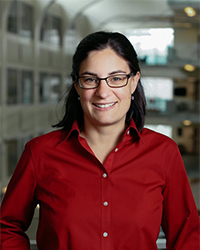 Connolly’s research group plays a key role in simulations, data analysis and instrumentation for experiments searching for the highest energy neutrinos in the universe through vast volumes of natural media such as Antarctic ice. She would like to utilize neutrinos at extreme energies to probe neutrino interactions and search for hints of new physics. To this end, Connolly’s group developed a new radar detection technique with the Radar Echo Telescope (RET).

The group also runs the Department of Physics’ yearly ASPIRE workshops, giving high school girls hands-on experience with equipment and software tools used in experimental physics. Many undergraduate researchers contribute to Connolly’s research program, including spearheading the development of GENETIS, which uses evolutionary algorithms, a type of machine learning that is based on biological evolution, to improve the design of experiments by using physics outcomes as a measure of fitness. She enjoys gardening, baking and reading with her two boys. 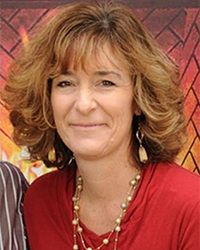 Heather Tanner specializes in medieval history, with a focus on power and gender. Her published work explores countesses, queenship, governance, women and the law, the Roman de Silence and emotion. She is currently completing her second monograph on inheriting countesses of northern France c. 1150-1250. Her teaching spans courses on ancient through early modern political and religious history. She has won several prestigious fellowships including a National Endowment for the Humanities fellowship and the Coca-Cola Critical Difference grant.

In addition to her scholarship and teaching in the Department of History, Tanner is actively involved in service to the campus and the community. She is particularly proud of her work on the Algebra Project Cohort program in Mansfield and the Young People’s Project (YPP), which led to the creation of the Math Literacy Initiative. The programs are aimed at low-income students and students of color to “ensure full citizenship in today’s technological society.” She is also proud of creating an Ecolab at the Mansfield campus, which has supported the development of the pollinator project and the micro urban farm project. These projects aid student learning, create internships and foster joint projects with the local community to improve food access and preservation of pollinators.

Tanner has also devoted her efforts to mentoring. In organizing national and international conference panels, she routinely seeks out graduate students and early career scholars as presenters. She helped found the Write Club, an informal writing group established to encourage junior colleagues and peers to keep active in publishing and research activities. She has nominated and encouraged female colleagues to serve as faculty president, fellows and deans, and she has encouraged them to participate in Ohio State’s leadership training. She has served as the chair of various committees, on the Executive Committee and once as faculty president. In recognition of her service, she received the Mansfield campus’ Excellence in Service Award in 2016. 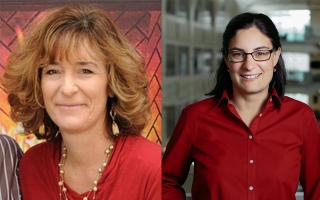